On the 14th of January, 2017, some 120 Israeli colonial settlers were escorted through the Old City by approximately 50 Israeli soldiers and Border Police, in occupied Hebron (al-Khalil). Escorted by countless soldiers from one end of the military base to the other, the settlers pass through the maze of the old city, often verbally harassing Palestinian shop owners and vandalizing shops. 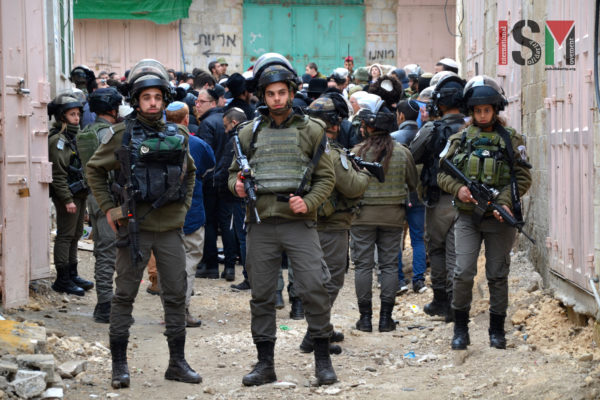 What the settlers are told explicitly on the tour is hard to tell. Not only do we not speak hebrew, we are also kept at arms length by the soldiers. However, we are occasionally described as terrorists and anti-semites, and it is not unheard of that we are either spat at, or verbally abused. Both as Internationals and Palestinians.

Like any other Saturday, today was marked by this event. Unlike other Saturdays, however, the number of participating settlers exceeded our expectations – 120 settlers had signed up for the tour, and with them came a herd of soldiers from different brigades.

One thing that remained the same, however, was the complete lack of interest in the stories delivered by the “tour-guide”. The participating crowd – many of whom are very young – are seemingly not there to listen. Instead, they line up right behind the soldiers only to point, spit, give us the finger and otherwise harass the population of the old city. As such, the tour has become a way of establishing the power relations between the settlers and the Palestinians. So while Palestinians have to ask for permission to pass the group in order to reach home, the settlers are allowed to walk freely, and verbally assault whomever they see fit.

Not only are they protected by the soldiers and their own arsenal of weapons, they are also protected by their legal rights. When you are a settler in this area, the border follows your corpus. If you pass into H1 area, your rights are still protected by the Israeli government. If you are Palestinian, however, it’s a completely different story. 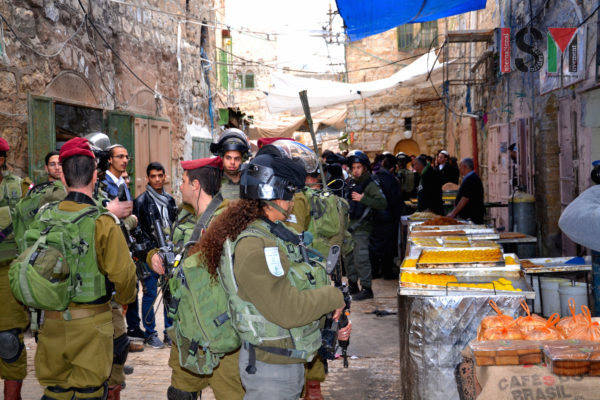 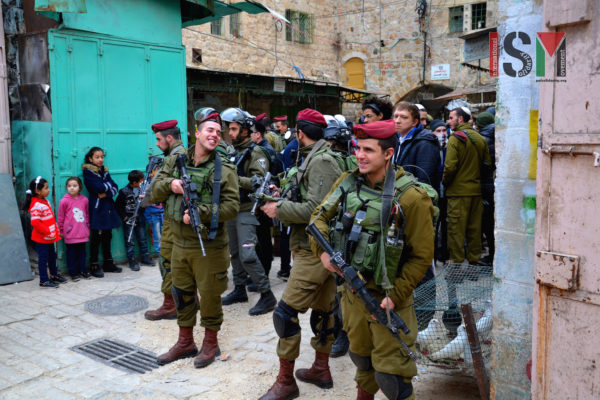 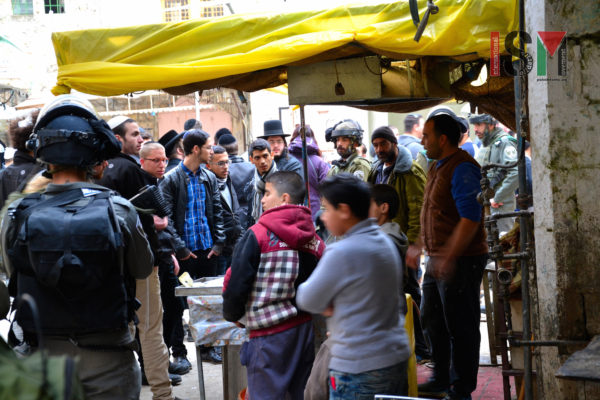