On Friday the 13th of January, during the Friday noon prayer at the Ibrahimi Mosque in occupied Hebron (al-Khalil), large numbers of Palestinians were delayed on their way to the prayer, and subjected to ID checks, bag searches and random detainments, carried out by Israeli forces.

Friday is the sixth day in the Islamic week, and as such it represents the day of congregation. It was a day celebrated by the prophet Muhammed, who declared the prayer of Jummah (the noon prayer on Fridays) as a weekly eid. And as such, it is important to many muslims that they are able to go their local mosque, receive the readings from their Imam, and perform the prayer.

Since the Ibrahimi mosque (the fourth holiest sights within Islam) is located in occupied Hebron (al-Khalil), muslim citizens of Hebron attend the Friday prayer here – though not without obstacles. At every entrance to the mosque, checkpoints are put in place, and a new ones built. It is impossible to enter the mosque without first passing through a metal detector and worshippers risk being detained till the prayer is over, which happens often.

On Friday the 13th, two ISM volunteers were stationed at the checkpoint located in the old city, in order to monitor and report back on the number of detainees and other violations of the right to free movement.  38 adult males had their IDs checked by a soldier and 10 were detained. On top of this, 9 boys where detained and had their IDs checked, while one female had her bag searched. Having already waited in line, about sixty individuals in total were hindered from entering to the mosque freely.

The weekly oppression at the Friday noon prayer at the Ibrahimi Mosque, is one of many examples of how Israeli forces suppress the Palestinian people’s right to freedom of religion. 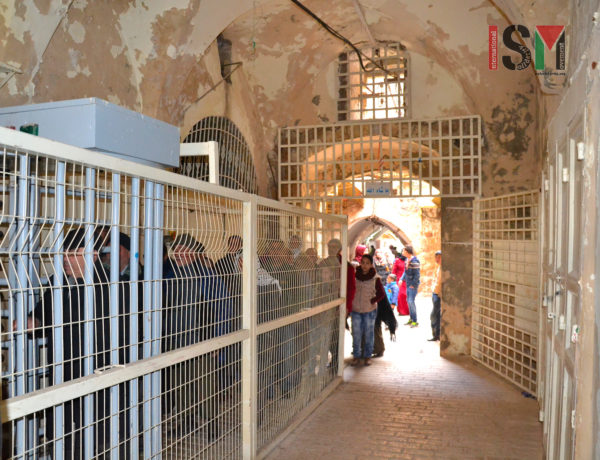 Palestinians waiting in line at the checkpoint 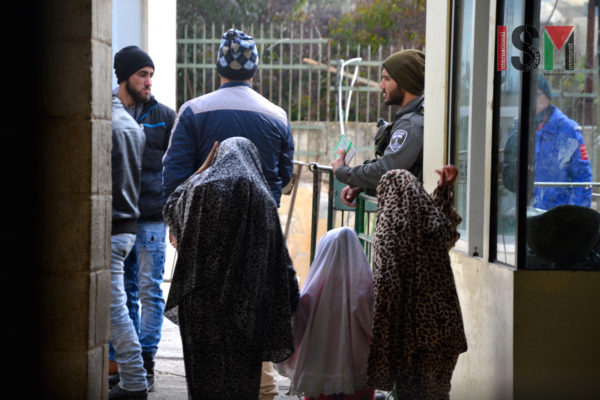 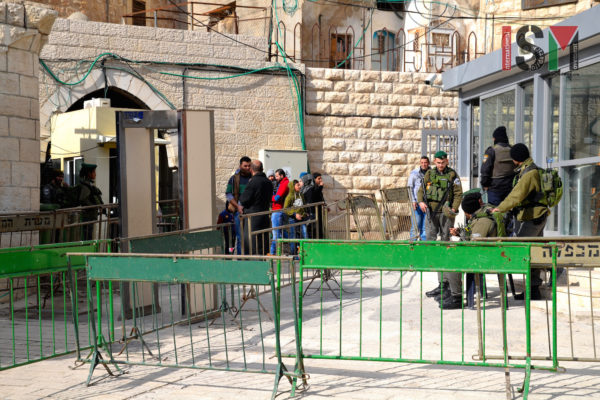 Group of Palestinian men being detained at the checkpoint.