It’s 13 years since Tom Hurndall, a British activist with ISM, was shot in the head while trying to carry a small boy away from a conflict zone in Gaza. His face was among a wall of martyrs I saw on arrival in the West Bank–another sobering reminder of the capacity for humanity to dehumanise: any friend of my enemy (even a child) is my enemy. The reality of my fear was: this could be me. A different situation, less high risk, but regardless. This could have been any of my friends from home – people with lives conceivably similar to mine that took them to that place, with families that have been forced to mourn publicly. Perhaps a white face can help viscerally remind non-Palestinians of this commonality: that the Palestinian daily experience is one that would be normalised if you lived there. The posters of martyrs on the street would be your friends or your neighbours – and reinforce the reality that no life is worth more than any other. A self-evident truth, but sometimes it takes self interested emotive responses to really relate to that. Globally people are separated in their struggles by feelings of difference that would dissipate seemingly instantly over cups of coffee. We will realize we are not all that different from each other when we share in each other’s struggles and pain. 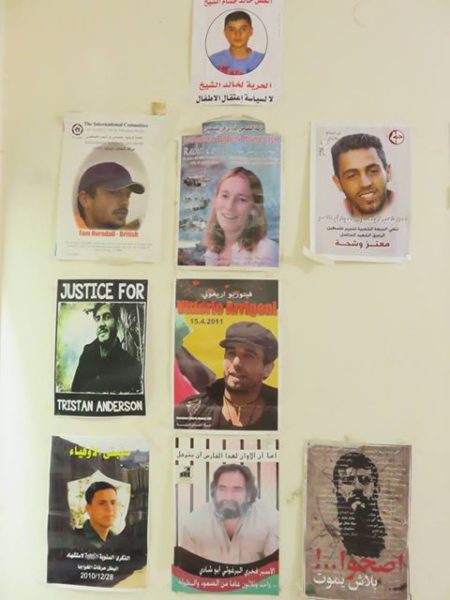