Not business as usual: colonial settlers in al-Khalil for Jewish festival

The Jewish holiday/celebration of Chayei Sarah and the reading of the Torah regarding Sarah took place in occupied al-Khalil (Hebron) on 25th and 26th November 2016.

Beginning of Friday hundreds of Jews from illegal colonial settlements within the West Bank as well as Jews from Israel began arriving. It was estimated there may be as many as 1500 coming for their festivities. Huge tents and designated camping areas were set up (some in areas owned by Palestinians). They were also staying with families and friends in the existing illegal settlements here in al-Khalil. 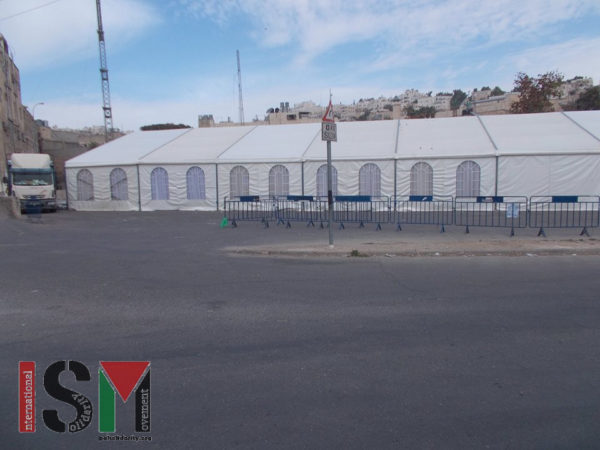 This lot was the play area for the Palestinian elementary and secondary school. Now it’s being used for The Sarah event.

This automatically meant more Israeli occupation forces, more border police, much more “security” at checkpoints that Palestinians need to pass through on a regular basis as part of their normal daily routines (going to work, shopping, etc.) It also meant a complete closure of many of the checkpoints, not allowing anyone who was not here for the festival (that is a colonial settler) to go through. 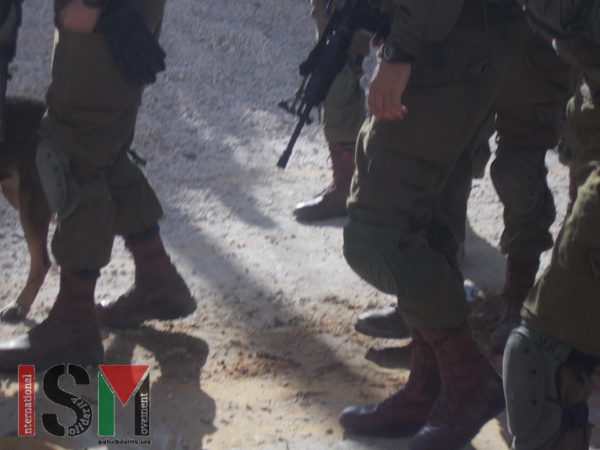 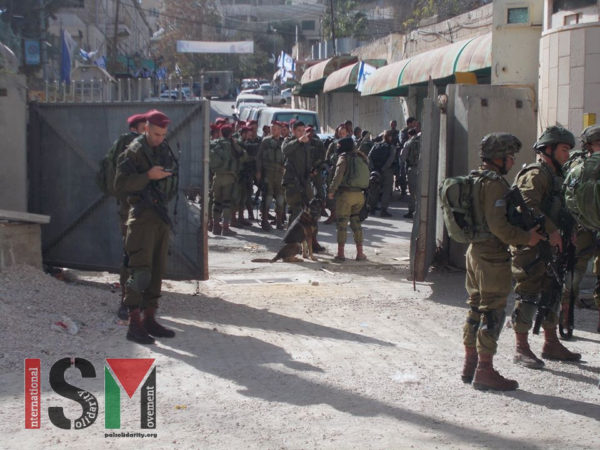 On Saturday “security” was at its peak. Every Saturday afternoon there is a tour of the Palestinian Old City by settlers from the illegal settlements. This usually consists of around 20 to 150 settlers. With about as many Israeli occupation force soldiers to “protect” them. This weekend the tour consisted of nearly 2700 settlers. This obviously meant more soldiers, on roof tops, police dogs sniffing out the route before the tour began, soldiers positioned approximately every 50 meters along the entire route and at the beginning and end of the group. Many shop owners closed early for fear of trouble by the settlers parading through the Old City. 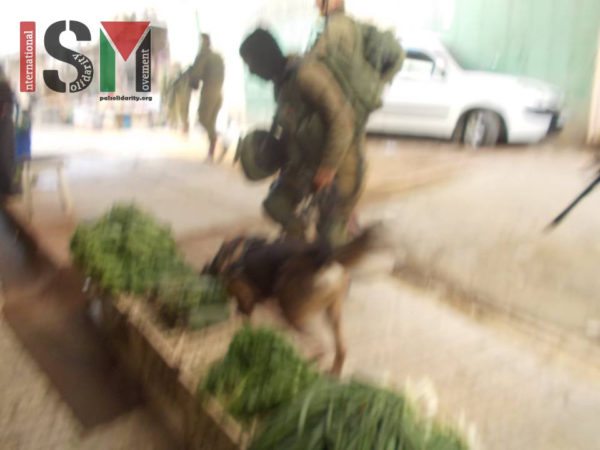 Sniffing for bombs on the parade route before it starts. 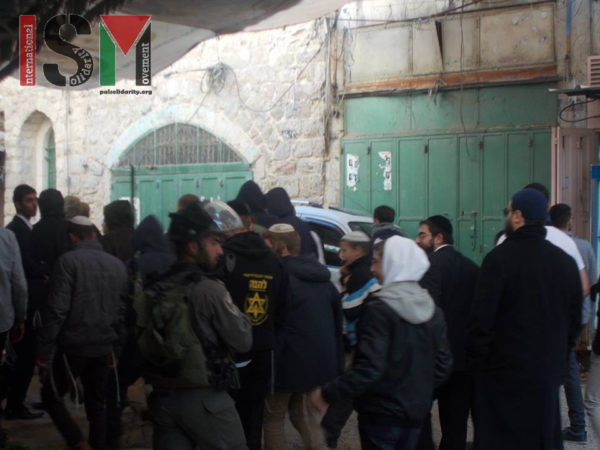 The settlers who participated were singing, dancing, acting provocatively aggressive towards the Palestinians and internationals who were trying to mind their own business or observing the events. There were many “shouts of “welcome to Israel “ by the settlers as well as “f*ck you’s” and “this is our home not yours, we will never leave” at the Palestinians. An observer witnessed a number of incidents of harassment by the settlers toward anyone who was not Jewish and part of the group. 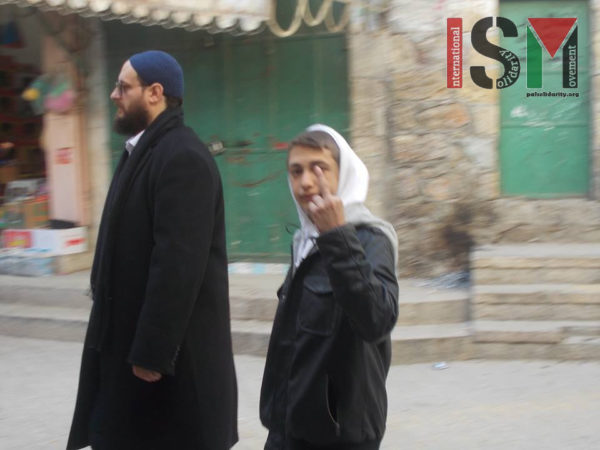 An obvious “welcome” from one of the settler youth

One Palestinian family in the Tel Rumeida area had their home invaded for approximately 10 hours by soldiers who set up observation on the roof and using their bathroom and kitchen as if it were their own place to do as they wished. An international who was invited to the home by the family to observe the goings on was forced to leave after an hour by the soldiers. The family was frightened by these events, but to the best of this writers knowledge there was no real damage done in the home by the soldiers.
An observer witnessed at least two Palestinian youth who were detained by the Israeli occupation forces for one reason or another. A third Palestinian was detained for trying to defend himself after a settler spit on him.
This is life in illegally settler occupied al-Khalil. The Israeli’s pretty much do as they wish and the Palestinians residents pay the consequences.