On Friday the 1st of December, occupation forces at the Qeitun checkpoint blocked the way to the mosque for an extra long time, thereby delaying Palestinian families on their way to prayer in the Ibrahimi mosque.

To reach the Ibrahimi mosque, Palestinians who live in the nearby Qeitun neighborhood have to pass through 3 to 4 checkpoints. This is the only possible way for them to reach the mosque. 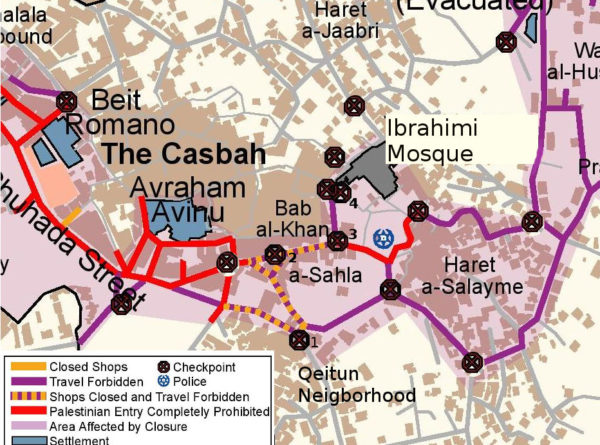 The occupation forces installed 12 military checkpoints within 250 meters from the mosque.

At 11:35 we observed around 50 men, women, and children waiting at the 1st checkpoint that it is necessary for Palestinians to pass through before continuing on their way to the 2nd, 3rd and 4th checkpoint that separate the Qeitun area from the Ibrahimi mosque. 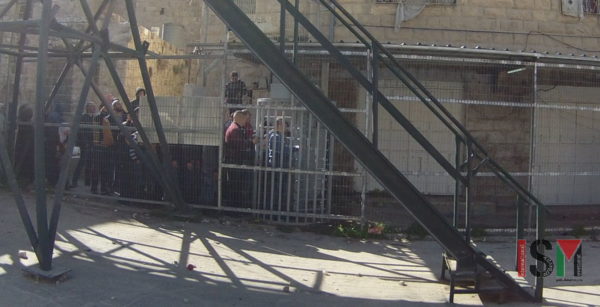 1st checkpoint where around 50 men, women and children were waiting to pass trough.

The severe delay at the checkpoint meant that many of the Palestinians living in the Qeitun area missed most of the prayer.

The 2nd checkpoint, in A-Sahla near the Palestinian court, was unmanned that day [archive video, 2016]

From this checkpoint leading into H2 from the Qeitun area, we went on to the checkpoint on Al-Haram Al-Ibrahimi street. Here we passed by two of the young men who had previously gone through the Qeitun checkpoint. They were now being detained at the 3rd checkpoint on their way to the mosque for about 10 minutes. 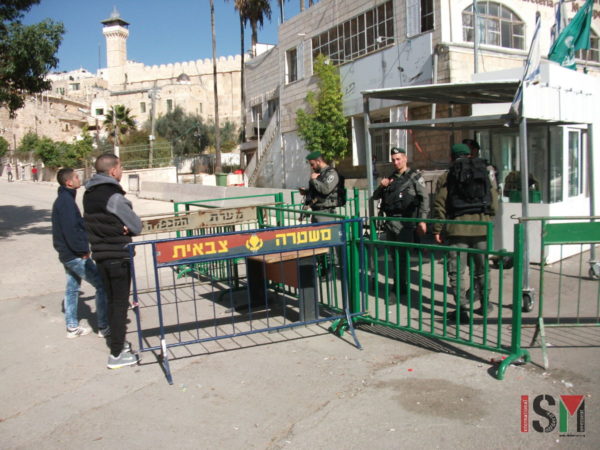 When the young men were finally let through by the border police, the prayer had ended and there was no need for them to move on to the 4th checkpoint, which has recently been built in front of the mosque, severely damaging this Palestinian World Heritage site. 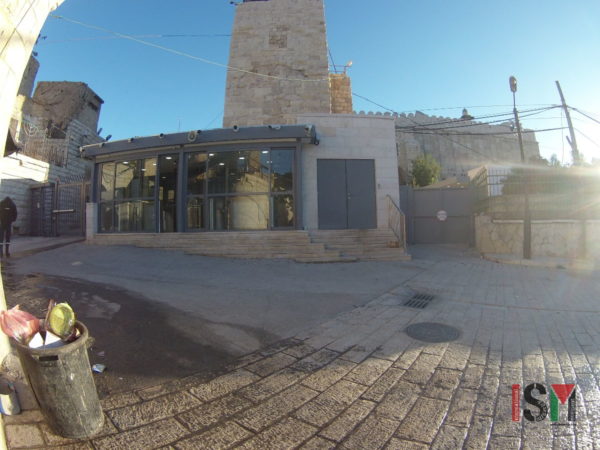 4th checkpoint located in front of the Ibrahimi mosque.

Since begin 2016, the Israeli state has been very active in creating new constructions and apartheid regulations in the old city of Hebron. These include the replacement of existing Arabic street signs for ones created exclusively for settlers and tourists, the creation of numerous walls, fences, gates, razor wire fences and new checkpoints, as well as the exclusion of unlisted Palestinians from the Tel Rumeida neighborhood. On top of this comes the creation of the steel and concrete checkpoint in front of the Ibrahimi mosque.

Moving around in H2 has become dehumanizing and deeply frustrating. As a result, the streets are empty much of the time. 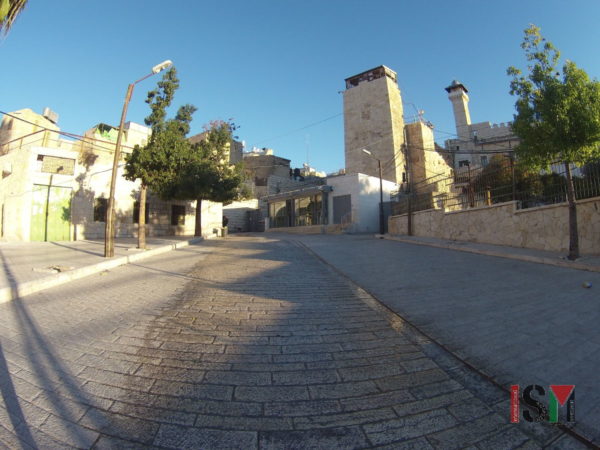 It is no longer crowded on Al-Haram Al-Ibrahimi street between the two Israeli checkpoints.