On February 13th 2016 Youth Against Settlements in occupied al-Khalil (Hebron) organised a children’s activity in front of Shuhada Street checkpoint. 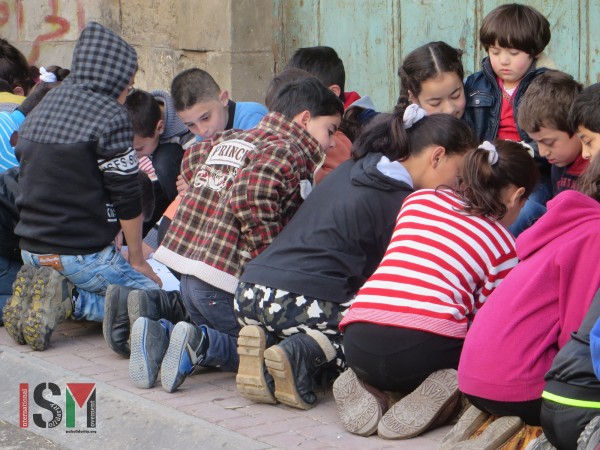 Around 50 children from the neighbourhoods located on the H2 (entirely Israeli military-controlled) side of the checkpoint – Tel Rumeida and the tiny strip of Shuhada Street still accessible for Palestinians – participated in the event organised by the Palestinian group Youth Against Settlements together with Old City resident Zleikha Muhtaseb. 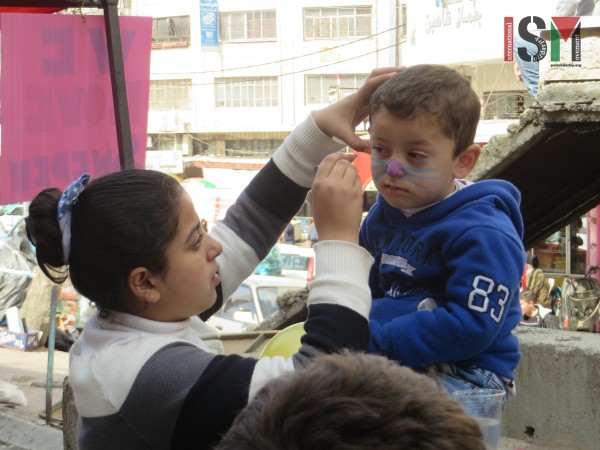 The children have hardly had any chance to play and enjoy time with their friends since their neighbourhoods were declared a closed military zone on November 1st 2015. For the last three months only residents registered with the Israeli military have been allowed to access this highly militarized neighbourhood, where Israeli forces have stepped up their efforts to crack down on Palestinian residents’ everyday lives even more than in the many other neighborhoods suffering under the harsh Zionist occupation. Extremist Israeli settlers from the adjacent illegal settlements meanwhile enjoy complete impunity for their actions. 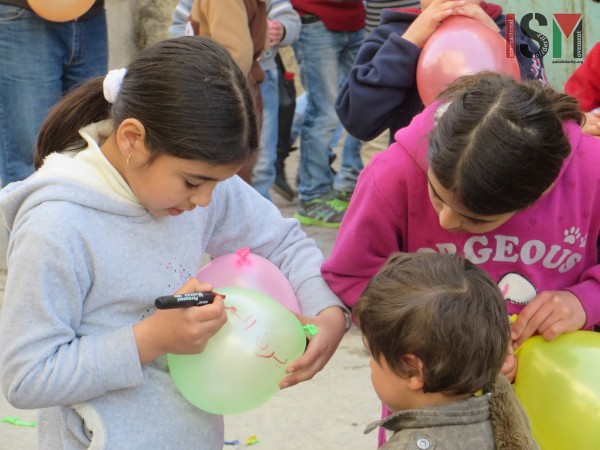 Girls writing their wishes for the future on balloons

The children gathered at the Youth Against Settlements sit-in tent that was first erected over a month ago in protest of the ongoing restrictions and human rights violations inflicted under the closed military zone. They enjoyed creative activities including drawing, painting, balloons and face-painting. 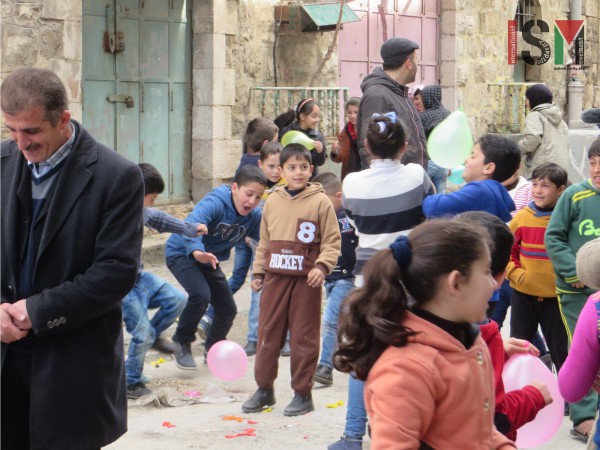 Israeli settlers, walking inside the closed military zone without any hassle, harassment or ever being stopped, approached the checkpoint from the other side in order to gape at the children playing outside the checkpoint with balloons. 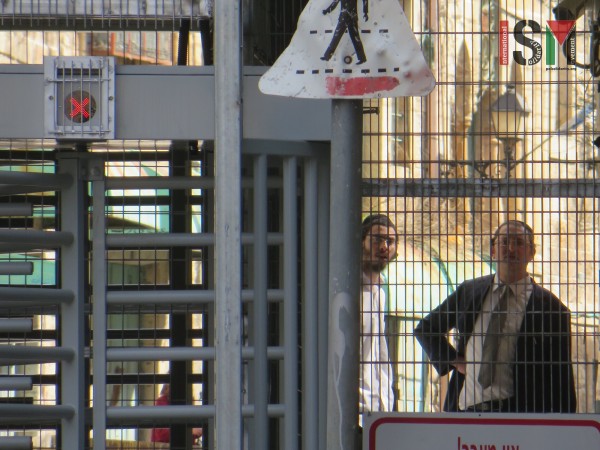 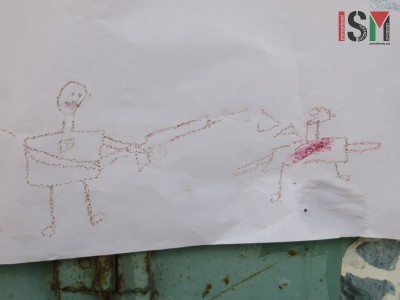 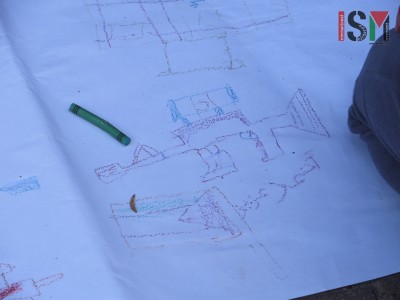 The immense psychological effect of the occupation on children living in these neighbourhoods was clearly visible in their drawings. They drew soldiers shooting Palestinians, families living in houses surrounded by barbed wire, imprisoned Palestinians dreaming of Palestinians guarded by a heavily-armed soldier; drawings also featured Palestinian flags and the words ‘I love Palestine.’

Growing up in an environment where the Israeli military occupation, with all its concurrent human rights violations, deadly violence, humiliation and intimidation permeates everyday life, the impacts are hardly surprising. Saturday’s event was a great opportunity for the children of these neighbourhoods to just be children again, to play with their friends, have their faces painted, enjoy childhood.

As the event ended they lined up outside Shuhada Street checkpoint, which the children have referred to as the ‘death checkpoint’ since the September 22nd extrajudicial execution of 18-year-old Hadeel al-Hashlamoun, to wait to be allowed to walk back to their homes within the closed military zone. 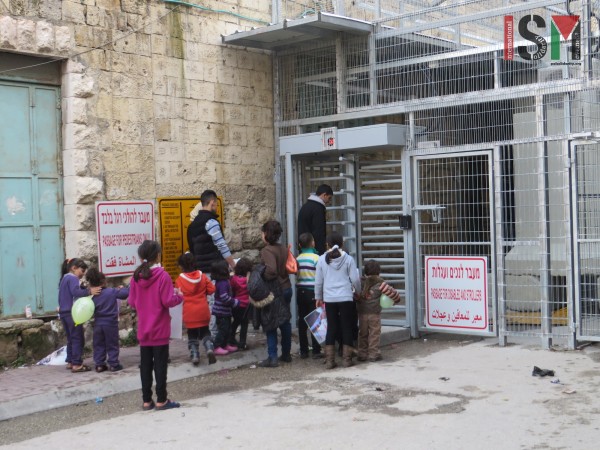 Before preparing to leave to return to their neighborhoods, the children from Tel Rumeida and Shuhada Street demonstrated their solidarity with the Palestinian journalist and hunger striker Mohammed al-Qeeq on his 81st day of hunger strike against the illegal Israeli practice of administrative detention – imprisonment without charge or trial in an Israeli military legal system which consistently denies Palestinians any right to due process of law. 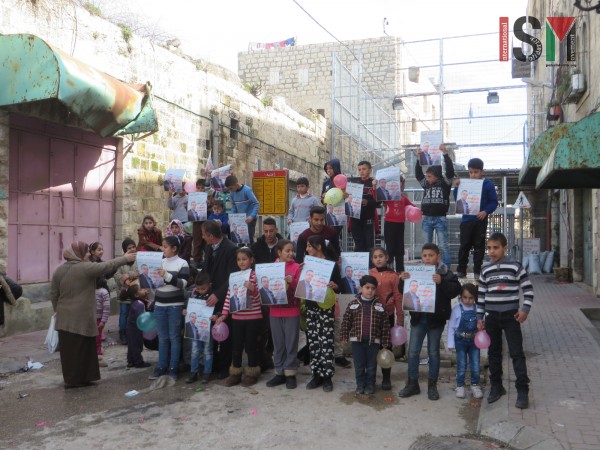