A Palestinian teenager shot by Israeli forces at a checkpoint in Hebron died from her injuries on Tuesday, Israeli medical sources said.

The teenager, identified as 18-year-old Hadeel al-Hashlamon, was shot three times by Israeli soldiers after allegedly attempting to carry out a stabbing attack, Israel’s army said.

A spokesperson for the Shaare Zedek Medical Center where she was taken for treatment said the teenager was “terribly injured, and underwent surgery upon her arrival.”

She later died from her injuries, the spokesperson confirmed.

No Israeli soldiers were injured during the incident, and the Israeli army did not release photographs of a knife, as they have done on several other recent occasions.

The army spokeswoman said that the attack had been “thwarted.” 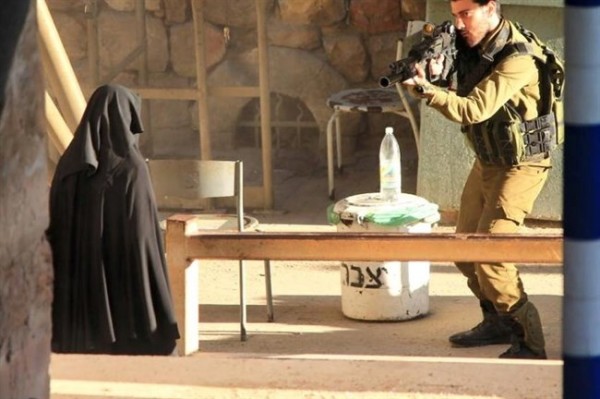 A local activist group Youth Against Settlements later released what it said were photos of the incident, appearing to show Israeli soldiers aiming their weapons at the woman, as first she faced them and afterward turned away from them.

Another photo appeared to show the woman slumped on the street, after she was shot and wounded.

Video footage from Palestinian news agency PalMedia showed al-Hashlamon left bleeding on the pavement, reportedly for up to 30 minutes before she received treatment.

The footage shows the woman being dragged out of camera frame, while soldiers and heavily armed settlers look on.

Al-Hashlamon’s death marks at least 25 Palestinians killed by Israeli forces since the start of 2015, according to UN documentation, not including Palestinian deaths caused by Israeli settlers.