Mohammed al-Qiq on the verge of death: sign Avaaz petition to demand his freedom NOW! 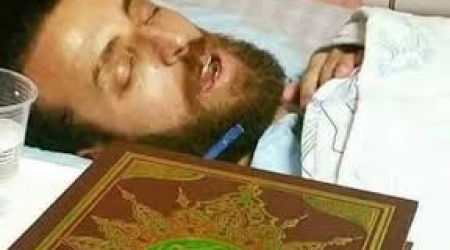 33-year-old journalist, Mohammed al-Qiq, is on his 80th day of a hunger strike in protest against his imprisonment without charges or trial. Al-Qiq’s health has deteriorated to the point of facing imminent death.

In addition, we call all people in the world to organize protests on the streets, in front of Israeli Embassies and Consulates, and Public Squares to demand freedom for Mohammed al-Qiq.

Daily protests have been held during the past week, across the West Bank, Gaza, occupied Jerusalem and at the  Haemek hospital in Israel, where al-Qiq is being held and has been force-fed.

Today is Mohammed al-Qiq’s 80th day of hunger strike and he is on the verge of death!