On the 22nd of January, when villagers of Kafr Qaddum carried out their weekly demonstration against the surrounding settlement of Kedumim, Israeli forces attacked them with the use of tear gas and live ammunition. Two men got shot in their legs and 9-year old Ayat Zahi Ali was shot in her arm, all of them with live bullets. Earlier that morning in the same village a farmer was ambushed and beaten when he was going out to work his land.

Since 2011 the people of Kafr Qaddum have protested the theft of their land and the Israeli closure of the village main road with weakly demonstrations. The villagers stated that they had a strange feeling on the night between Thursday and Friday, suspecting that Israeli forces may have entered the village in the cover of the dark to prepare for an ambush during Friday demonstration. Their worries were verified in the morning when a farmer that was walking onto his land got ambushed and beaten by soldiers that were hiding in the bushes.

In fear of more soldiers hiding in the village the route for the demonstration was changed and people were extra cautious. One hour after the protest started Israeli soldiers showed up and immediately started shooting live ammunition towards the crowd. Two men, Hamza Abu Khaled, 21 and Abd Allah Anwar, 40, were shot in their legs. According to villagers one of the bullets shattered the bone.

Ayat Zahi Ali, 9 years old, was shot in her left upper arm with live ammunition while she was inside her father’s house. Her uncle and family members carried her to a red crescent ambulance. Israeli forces entered the village with a military bulldozer armed with snipers and continued to fire tear gas and live ammunition at the protesters and nearby the houses. 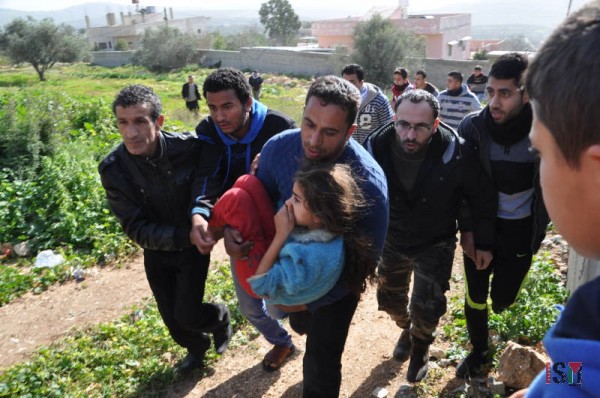 Ayat Zahi Ali is being carried after being shot by Israeli forces. Photo credit: ISM 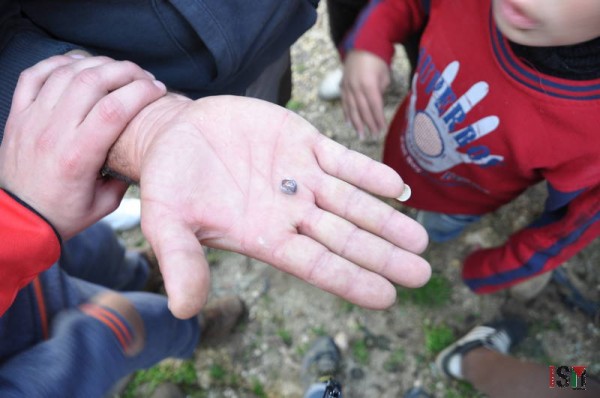 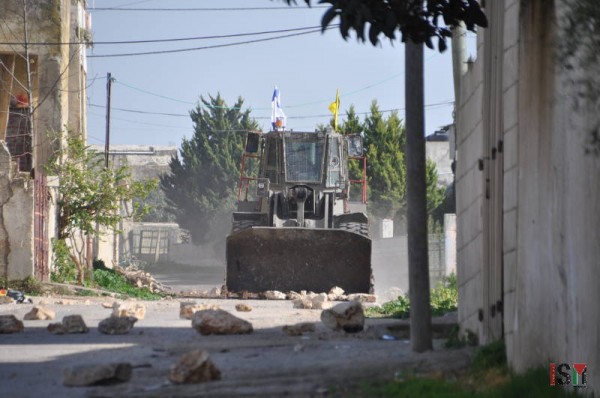 Military bulldozer entering the village, with a sniper in the right window. Photo credit: ISM

Ayat is not the first young girl that has been injured by Israeli live bullets in Kafr Qaddum in recent times. In September 2015, Israeli soldiers shot the 3 year old Maram Abed al-Latif al-Qaddumiwaa in her head while she was standing on her balcony. When her father rushed to help her he was also shot in the head.

The main road that leads to Kafr Qaddum is cut off by a permanent roadblock, making the journey to the main road three times longer than necessary. This again is illegal according to an Israeli court decision from 2010, but the road is still kept closed.