On the 16th of January, Israeli forces shot a young protester with live ammunition while the villagers of Kafr Qaddum were protesting the theft of their land. The Israeli military also rebuilt a roadblock, restricting the movement of the villagers even further. 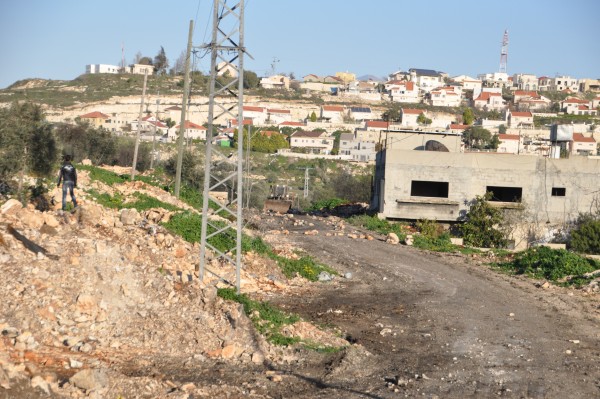 More than half of the village’s land is located in Area C, which makes it a part of the approximately 60% of the West Bank that is under full Israeli control. This means that many villagers need to get a special permission from the Israeli authorities to access their own land. Getting this permission is almost impossible, and a lot of villagers that do receive a permission complain that Israel only allows them to enter their land for a few days per year, thus not giving them enough time to cultivate their land.

In 2003 the Israeli military closed the entrance of the village by constructing a permanent roadblock. The residents are now forced to drive a 13km long detour in order to reach the main road into the village. In 2010, after waiting five years for a court decision, an Israeli court ruled that the closure of the road is illegal, but also stated, inaccurately, that the road is too dangerous to travel, and the Israeli army has used that as an excuse to keep the road closed ever since.

In addition to the permanent roadblock placed next to the entrance of the Kedumim settlement, Israeli forces have periodically put an extra dirt mound as a roadblock on the same road approximately 1 kilometer before the permament roadblock. One Ppalestinian family-home is closed of and isolated from the rest of the village by this dirt mound, and both cars and ambulances are prevented from driving to this particular home. This roadblock also limits the residents’ acces to their farmlands even further. To reach their land in this part of the village, they now have to go by foot, and are forced to carry their harvest and all the tools that are necessary for the work by hand. 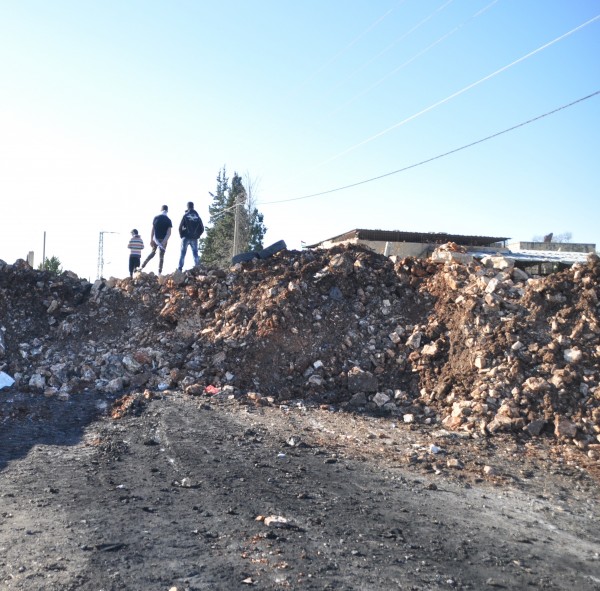 The reconstructed roadblock, in the village of Kafr Qaddum. Photo credit: ISM

Every Friday and Saturday the residents of Kafr Quddum protest the road-closure and the theft of their lands. During last weeks Friday demonstration, Israeli soldiers together with an Israeli military bulldozer entered the village. One Israeli sniper hid on the bulldozer and shot a young protester in his leg as soon as the Israeli military entered the village. When protesters drew back to seek cover the bulldozer and the Israeli Forces started rebuilding the roadblock, that was removed only a few weeks ago.

During the Saturday protest on the 9th of January, a 60-year old villager was hit in his leg with live ammunition when he was walking back home from a visit at his neighbours house. An Israeli sniper hid behind a parked car, and international observers state that live ammunition was frequently used during the non-violent protest, even though the demonstrators posed no threat to the soldiers at all.