On the 17th of November, around one hundred and fifty Israeli soldiers advanced into Jabal Al-Rahma neighborhood  – a neighborhood in the H1 area of Hebron (al-Khalil) just outside of the H2 area that is under Israeli military control. From 7.30pm until 3am the following morning most of the houses in the neighborhood were raided, amongst them the house of human rights activist Badee Dwaik.

On this particular night the soldiers split up to check and register the I.D.s of male Palestinian family members in the whole neighborhood. According to Badee, the soldiers stayed in the house, in which there are six apartments all belonging to the Dwaik family, for around two hours and “were very aggressive” according to Badee.

Upon entering the house, the soldiers forced the nephew of the human rights activist—who has been  documenting the incidents in the neighborhood— into a corner and beat him in front of his father, mother, brother and uncles. “It was a scary situation for the kids” describes Badee who managed to document the brutal encounter. When asked for the military order to search the houses, the Israeli forces completely rejected the request and entered the building nonetheless. They started by searching the house Badee’s brother before they reached the apartment of human rights activist Badee. 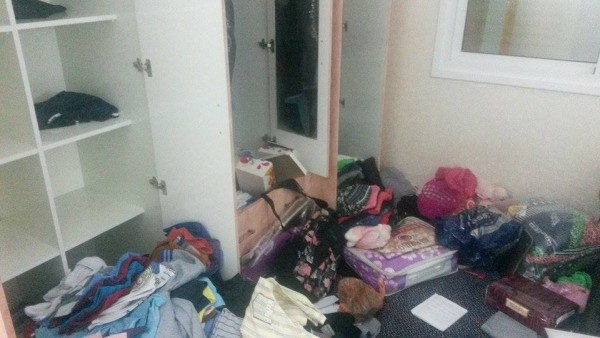 The family was forced to stay in the living room, while the soldiers searched every room of his house. “They took things from the cubbord and threw it and broke the gold box from my wife”, illustrates Badee.

Badee, who is documenting, monitoring and reporting for Human Rights Defenders Group was filming, while the soldiers aggressively searched his house and confiscated a number of Palestinian flags. The soldiers told him that he should stop filming the raid of his cousins that followed the thorough search of his house. Badee explains that the raid of his house was especially severe because “I was filming them and they didn’t like it”. 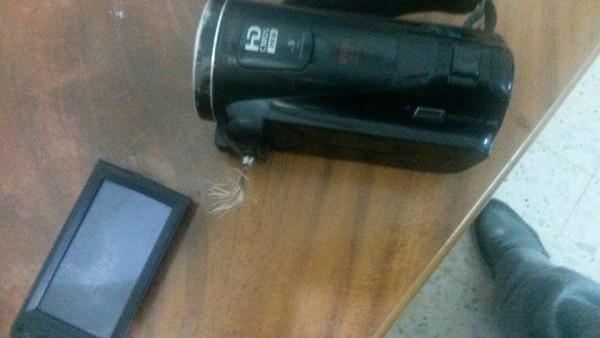 Since the beginning of this year, the Israeli forces have broken a total of four cameras and a computer that the Human Rights Defenders Group used to document the growing harassment, intimidation and violence by soldiers and illegal settlers alike. Badee explains that human rights activists “are becoming a target for them (Israeli forces)  because we document about Israeli crimes and humiliation of families”.

During the wave of house raids and arbitrary closures as a ‘closed military zone’ of Tel Rumeida and Shuhada Street Palestinian human rights activists have been a target and systematically stopped by the Israeli forces to hinder them from fighting for human rights and justice through documenting and monitoring the hideous crimes of both Israeli settlers and soldiers.

The wave of house raids that have been happening all over Hebron create a situation where the families are left feeling unsafe in their own homes and “get scared and psychologically tired” of the situation explains Badee. “It is a nightmare for the families” to experience these arbitrary house raids says Badee and as long as this keeps happening Palestinian families live in constant fear and injustice.

All credits for pictures and video: the Human Rights Defenders group