New
Home / Reports / Open the gate, bring down the wall!

Open the gate, bring down the wall!

The villagers of Al-Zaim held their third demonstration today in front of the gate in the apartheid wall that separates them from East Jerusalem. Peaceful demonstrators were met by a large number of occupation forces and agreement was eventually reached to open the gate.

6000 people live in Al-Zaim, but the difference between them and most other Palestinians living inside the West Bank, is that they hold a blue rather than a green ID. This defines them as citizens of East Jerusalem. However, the apartheid wall cuts them of from their city, placing them otherside of the Green Line. An iron gate has been erected as the main way for these Jerusalemites to access their occupied city, where most of them work. “Al-Zaim is like a jail inside a jail”, comments an ISM activist present at the demonstration. 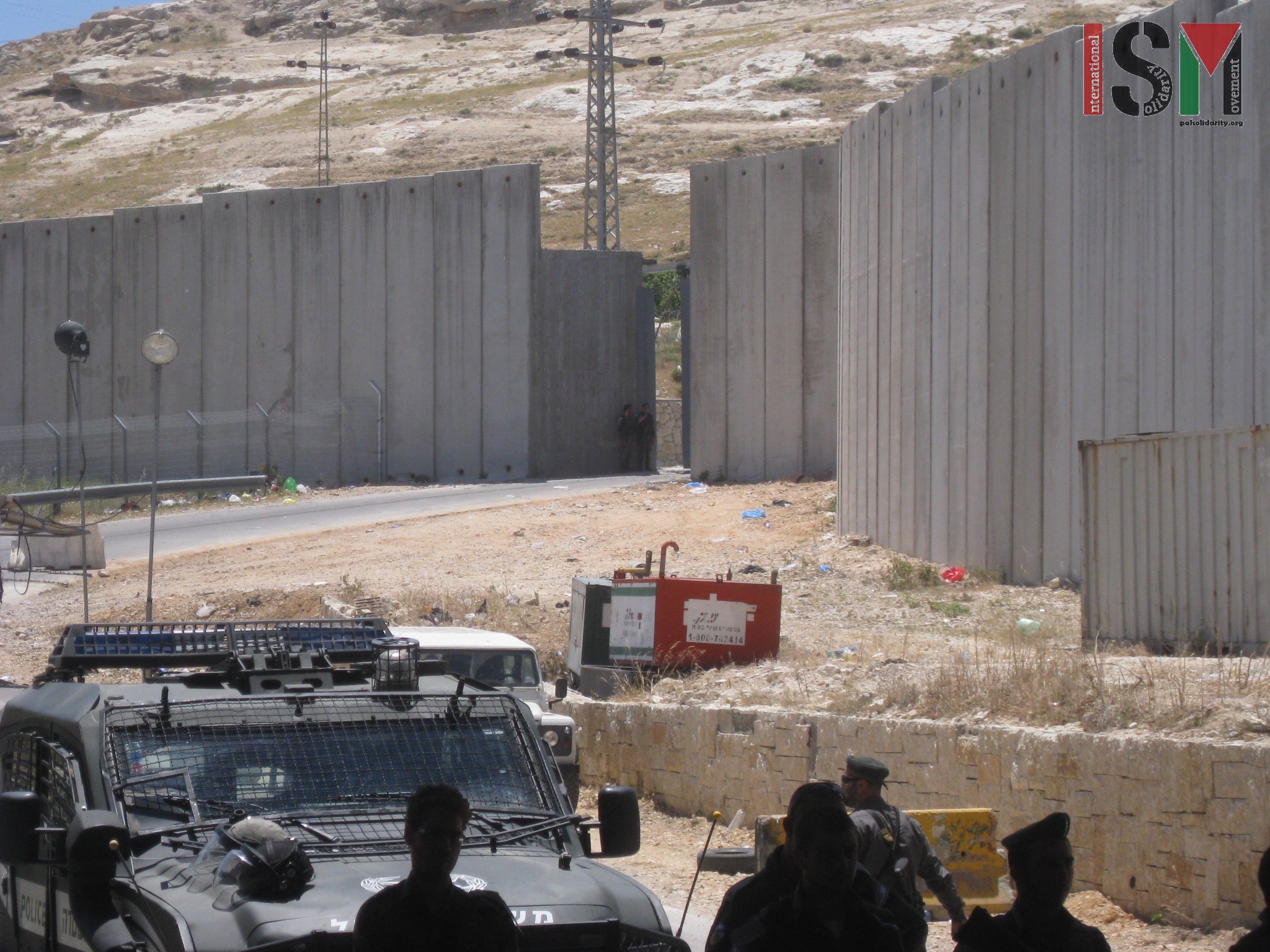 Gate separating the Jerusalemites from their own city

Two weeks ago, 16 year old Ali Abu Said Ghannam was shot dead by the Israeli forces in Attur, a neighbourhood of Mount Olive. Since then, the gate allowing the villagers in and out of East Jerusalem has been closed, apart from one hour in the morning and one hour in the evening. Freedom of movement has become near to nonexistent and those who need to reach the other side of the wall have to do a long detour via Adumin to get there. 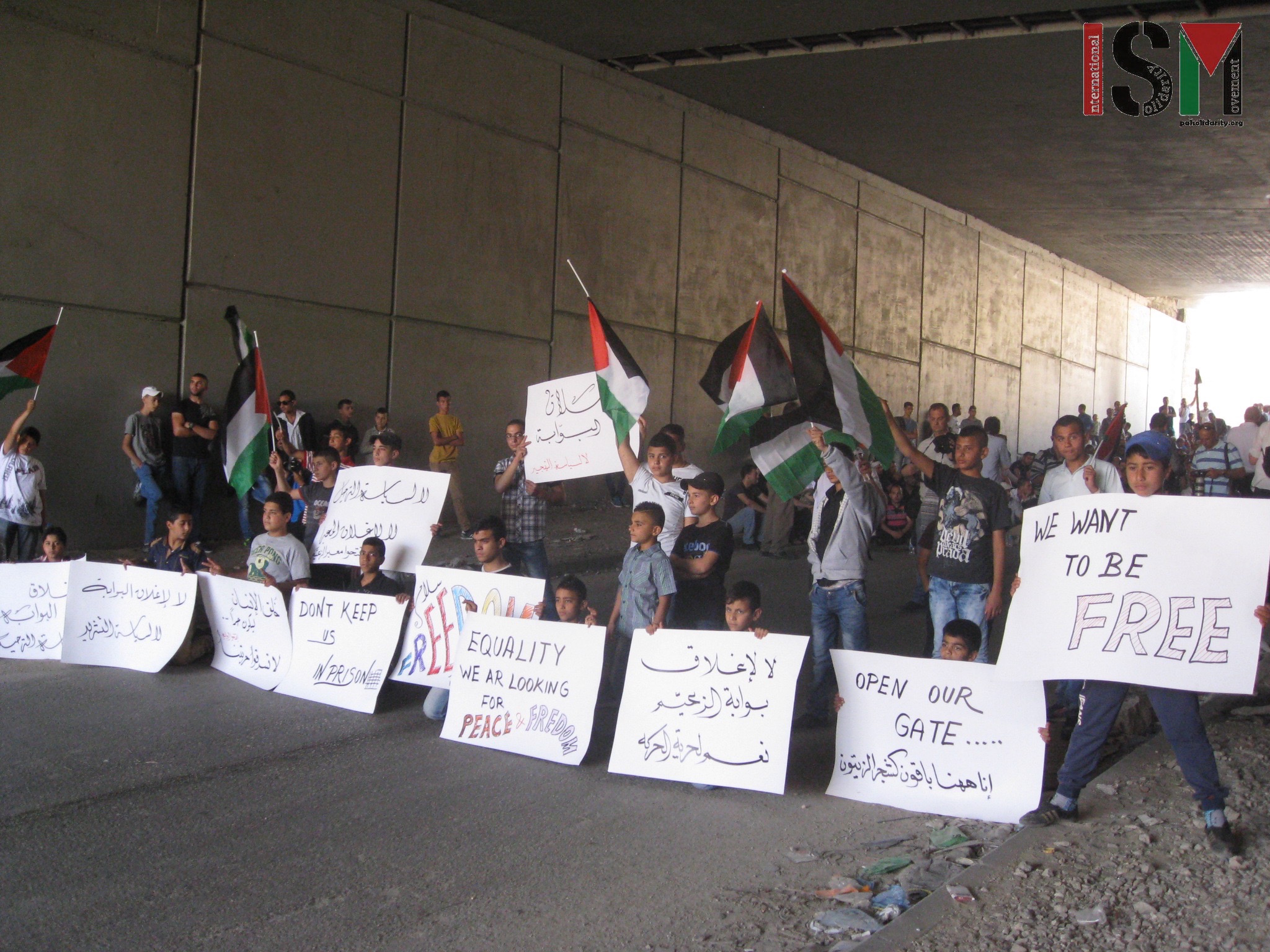 Children of Al-Zaim asking for their freedom

The villagers are asking for the full opening of the gate. But ultimately, they are questioning its very existence. On this third demonstration in Al-Zaim, children holding Palestinian flags and signs of peace stood face to face with the Israeli forces. Behind them, the men of the village and the surrounding area prayed together before everyone united to sing songs of freedom for their people and their land. 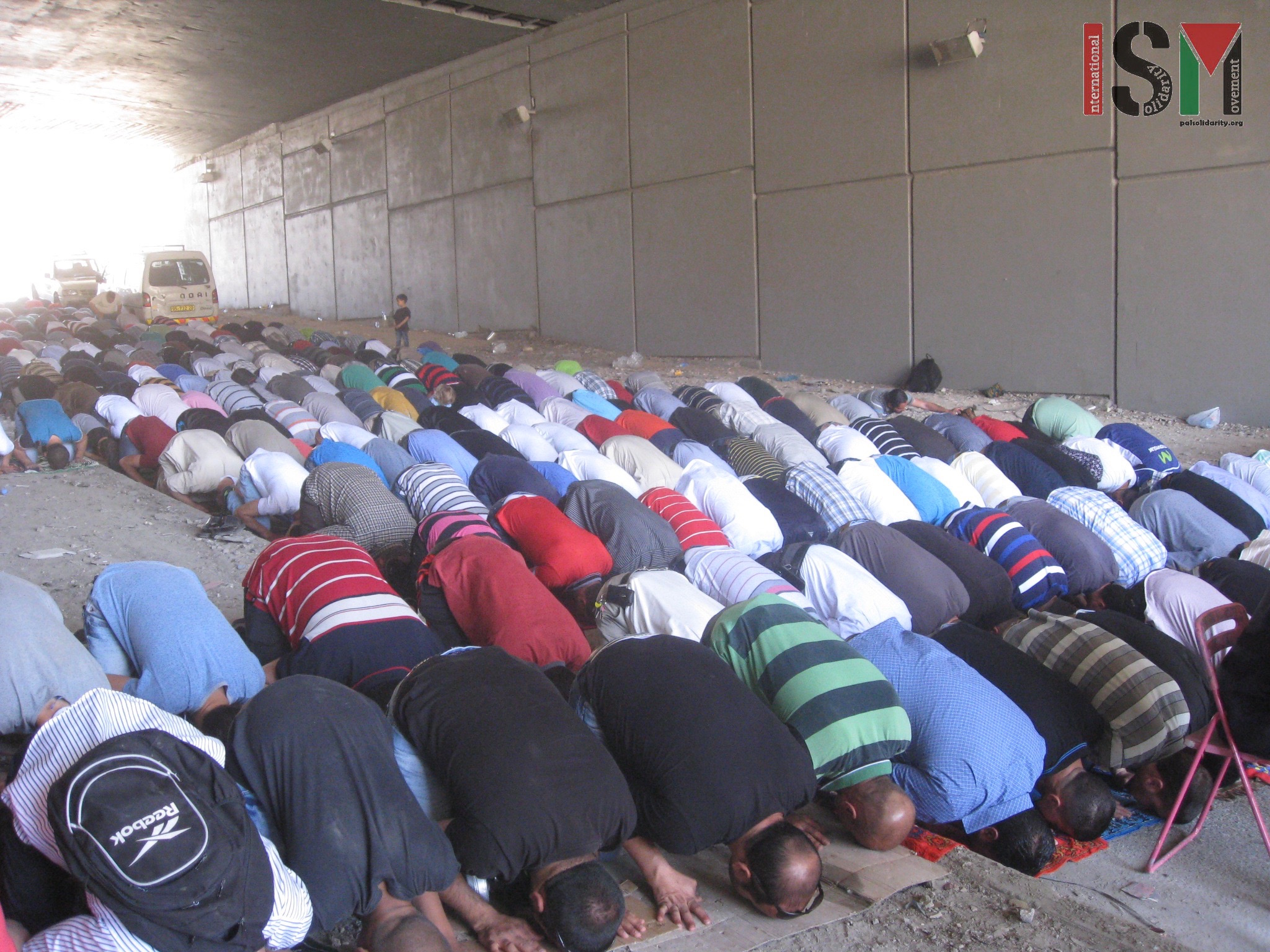 Prayer time during the demonstration

The senior Israeli officer told the head of the municipality that if the demonstration stopped, they would open the gate. Accepting that decision, the people marched back, ending this short and peaceful demonstration. Whether the gate will actually stay open is still unknown. The fact is, there is still a gate and there is still a wall.