Israeli forces shot and injured three Palestinians participating in a weekly Friday demonstration in the village of Nabi Saleh.  Soldiers fired .22 caliber bullets, a form of live ammunition which has maimed and killed multiple Palestinians, even as Israel continues to claim it as a “less lethal” way of assaulting demonstrators.

Yesterday at noon between forty and fifty Palestinians, Israelis, international activists and journalists marched down from the center of Nabi Saleh towards a water spring stolen by a nearby illegal settlement. The Israeli forces awaited them down the road with two military jeeps and a police jeep. Some youth threw stones towards the military vehicles.  Soldiers and police fired tear gas canisters and rubber-coated steel bullets at demonstrators as the group walked down the road. 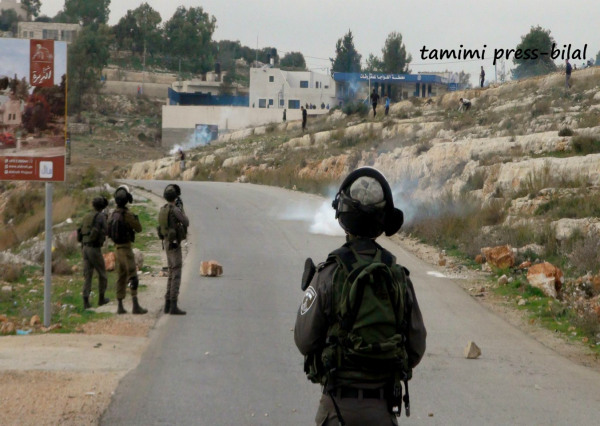 After a brief period of calm, a police jeep equipped with a tear gas dispenser drove up and down the road, firing tear gas at protesters. A few suffered from excessive tear gas inhalation, including a boy under the age
of ten.

In addition to continuing to fire rubber coated steel bullets and tear gas, soldiers also began to shoot .22 live ammunition. Two seventeen-year-old boys were shot while throwing stones, one in the thigh
and one in both the hand and foot. One Israeli soldier fired at a child under the age of twelve as the boy was running away up the hill beside the road. 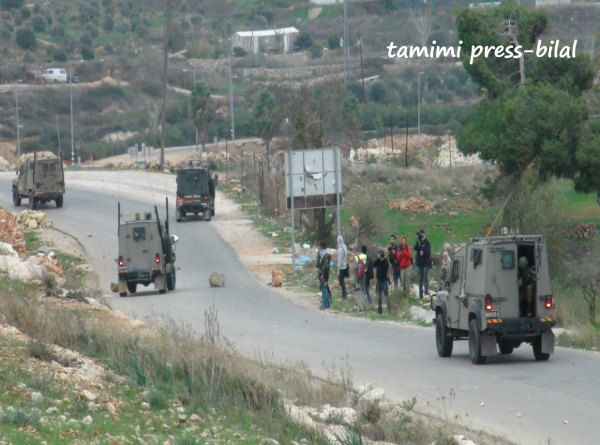 Nariman Tamimi, a thirty-eight-year-old woman from the village, was shot in the thigh at close range with a .22 bullet. Israeli soldiers shot her in front of her children and family, driving away and leaving her in the
road. She was taken away for medical treatment, where she underwent surgery, and currently remains in hospital. 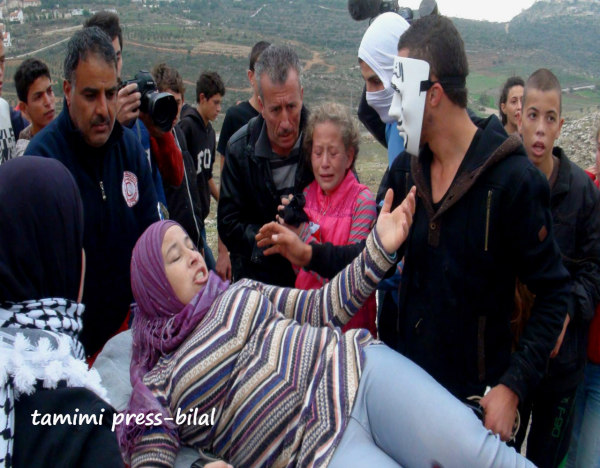