Yesterday, at approximately 11:00 in al-Khalil (Hebron) a settler from a nearby illegal settlement approached the Qurtuba school in H2 with a gun [H2 is the area of Hebron under Israeli military civil and security control]. The settler entered the school grounds, terrifying the children with his loaded gun. After some time the settler left but the children were forced to evacuate a building and move to another area of the school. The teachers asked for international presence until school was finished that day.

The children were rushed out of school early and internationals and Palestinians stood at a prominent place to ensure the children were safe. Not long after this, a settler attacked a Palestinian and threatened another. The settler threatened to stab a 16-year-old boy and another local Palestinian who tried to film the incident. 40-year-old Jawad Abu Aisha stated, “The settler told Awne (the 16-year-old) that he would bring a knife to stab him. Awne told me and I tried to tell the soldier so he would do something but he did not do anything. When I tried to film the settler he attacked me and tried to break my mobile but did not manage to do so.” 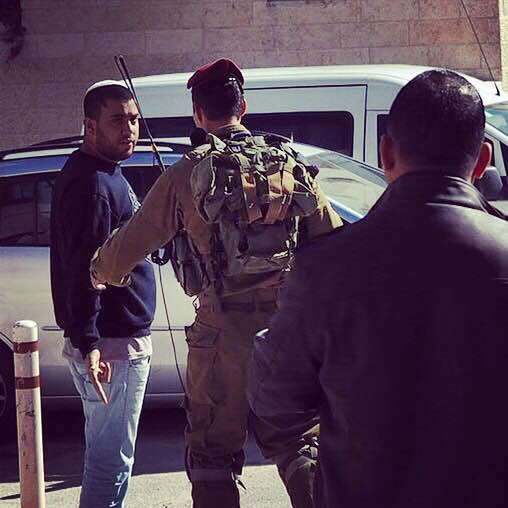 Eventually, and after much prompting by the Palestinians, the soldier stepped in and pulled the settler away. Both Palestinians were left badly shaken by the attack.