In the early hours of Tuesday morning, a group of Zionist settlers from the illegal settlements close to Aqraba near Nablus, set fire to a mosque in the outskirts of the village. 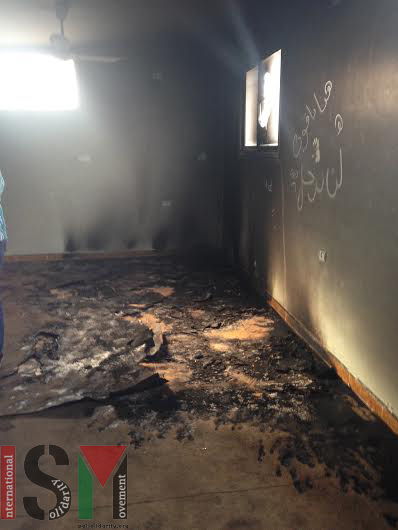 The investigation so far shows that the building was set on fire at approximately 02:00 when a molotov cocktail was thrown through a window on the ground floor, into the women’s prayer room. Hours later, neighbouring villagers observed the flames and managed to put the fire out. The fire caused severe damage inside the mosque. 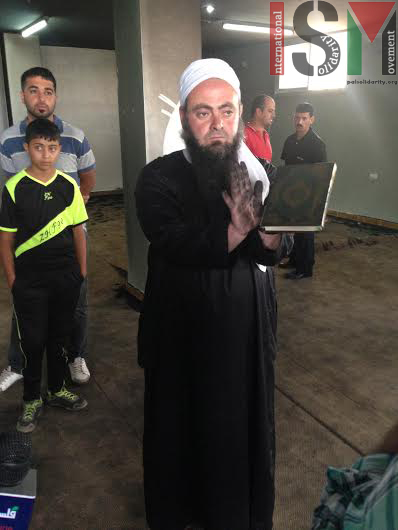 The police arrived at approximately 06.30 AM and the collection of evidence began. However the policeman ISM spoke explained that the main responsibility for the investigation lies on the Israeli authority.

Gloria Nafiz Abu Saqer, Public Relation Officer of Aqraba Municipality explains the difficult situation, “The village of Aqraba is surrounded by no less than seven illegal settlements and the Palestinians living in Aqraba are under constant threat and facing settler harassment and violence daily.”

According to Ayman Banifadl, mayor of Aqraba, the perpetrators might be the same group of settlers who have committed several hate crimes previously in the area. The conclusion is based on the graffiti, written in Hebrew on the wall of the torched mosque, with the same signature as last time settlers burnt down a building near the village. The message  refers to the so called ”price tag campaign” and is based on the notion that the Palestinians should pay for any actions that can be considered taken against the illegal settlements. 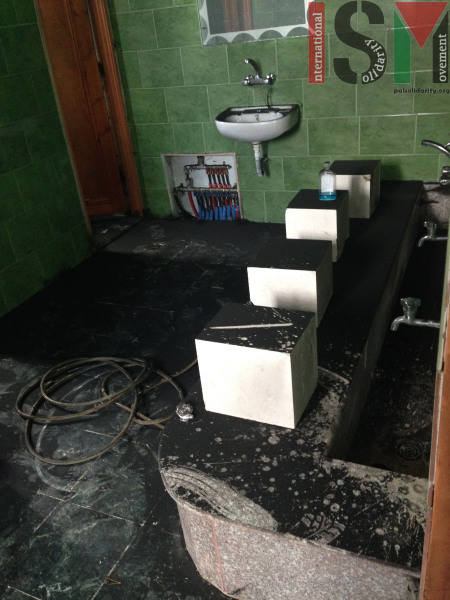 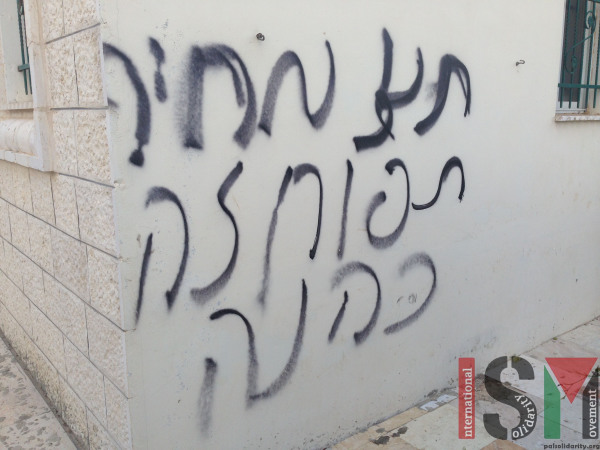 It might refer to the zionist extremist Meir Kahane (1932–1990) who lived in the illegal settlement Kfar Tappuah. Kahane and his son Binyamin Ze’ev Kahane (1966–2000) are known for their militant right-wing extremism and their political party, Kahane Chai (meaning Kahane Lives). Kahane Chai was banned in 1994 and is considered to be a terrorist organisation by the EU and US, Canadian and Israeli governments.