Updated 16th March: The Nabi Saleh three have now been freed from Ofer prison. Thank you for all your support, Jihad, Mahmud, and Rami Tamimi are now at home with their families. However, Israeli forces yesterday arrested Baha and Oday Tamimi also from Nabi Saleh, we hope you can continue your support for those now imprisoned. More information about these new arrests will be posted as soon as it is available.

Updated 13th March: $1500 are still needed to cover the bail for the release of Jihad, Mahmud and Rami Tamimi from Israel’s Ofer prison.

Please write to Bassem Tamimi at ba.tamimi@hotmail.com specifying the amount, so we can allocate it directly for the release of the Nabi Saleh three. Please follow the link to make your donation!

Jihad, Mahmud and Rami, residents of Nabi Saleh, have been imprisoned for three weeks now and need your support to be released. 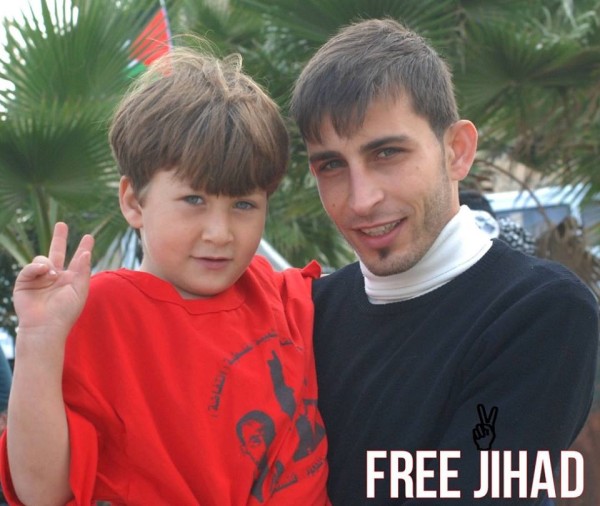 An Israeli military judge ruled that six demonstrators who were kidnapped from their homes three weeks ago, could be released on bail of 2500 shekels each. With the help of the Popular Struggle Coordination Committee and the villagers, three of the prisoners, Fadel Tamimi (54) Mohammed Tamimi (24) Basel Tamimi (16) have already been released. We need your help to raise the remaining 7000 shekels to release Jihad Tamimi (25) Mahmud Tamimi (21) Rami Tamimi (36). Any amount will help.

The six have been accused of throwing stones at the Israeli military. The “evidence” presented against them is edited pictures of them participating in a demonstration- not throwing stones- and a testimony of a solider who says “the people who we took pictures of threw stones.” They were arrested the 18th of February when the villagers of Nabi Saleh were awakened once again by about a hundred soldiers invading their village.

Since residents of Nabi Saleh began demonstrating against the confiscation of their land and spring by the illegal Israel settlement of Halamish,  five years ago, such night raids have become a regular occurrence.

Since the protests started, 155 people have been arrested for demonstrating, including fifty children and fifteen women. 500 people were also injured, 45 per cent of them children.  Two of the demonstrators Rushdie and Mustafa Tamimi were murdered by the Israeli military in Nabi Saleh and Muaataz Washaha who  participated in the demonstrations in Nabi Saleh and was executed in Beir zeit last month.

Please, donate for the Nabi Saleh three to be released. You can do it through PayPal or by bank transfer to: Basem Tamimi bank of Jordan Al Bireh branch Iban number PS13BJOR005010023012014133000.