The Palestinian village of Beit Iksa overlooking Jerusalem just built a new village they called Bab Al-Karamah (Gate of Dignity) on their land behind the apartheid wall that Israel has built on their land and call on Palestinians and Internationals to join them in their popular struggle to hold on to their lands. The wall Israel is building on the village land would leave 96% of the village land inaccessible and behind the segregation wall.

Over the past 24 hours, the villagers built a mosque and set up 5 tens for dwelling on their land behind the wall. The head of the Beit Iksa village council Mr. Kamal Hababa stated that idea of building this village extension is to protect their legally owned lands and to be the second such village built to protect from growing efforts at transforming Arab Jerusalem.

Already the threatened village land behind the wall is 7411 dunums which amounts to half the total threatened lands of the eight Palestinian villages northwest of Jerusalem and 96% of the village land of Beit Iksa. Colonial Jewish only settlements built on Palestinian lands beyond the Green line in this area include Ramot, Neve Shmuel, Har Shmuel, and Givat Ze’ev.

The erection of Bab Al-Karama village comes shortly after Palestinian activists erected a village they called Bab Ashams to counter Israeli settlement construction in the area known as E1, located between Jerusalem and Jericho, which signals a new model in popular struggle against the ongoing expansion of the Israeli settlements in the West Bank. 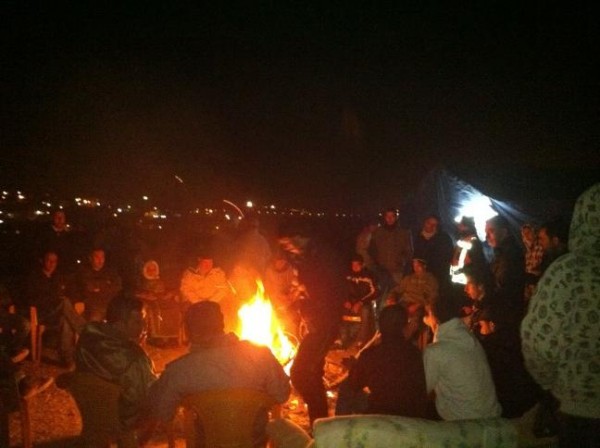 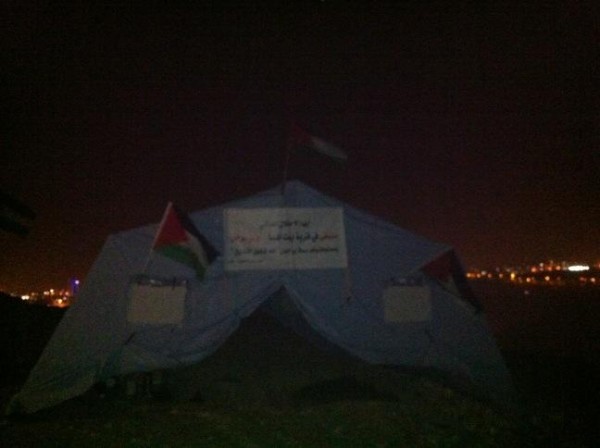