The people of Beit Iksa were joined by other Palestinian activists on Friday morning to make their way to the site of the recently demolished Bab Al Karama camp, bringing with them a number of young olive trees to plant for the future.

A large group of enthusiastic men, women and children made their way from the village of Beit Iksa to the hill top that hosted Bab Al Karama, in a convoy of vehicles while waving Palestinian flags from the windows. They gathered to pray alongside the ruins of the mosque, demolished alongside Bab Al Karama.

With over one hundred people to help, a number of olive trees were then planted around the hill top; which is classed as area C and in Israeli control. This same area was picked by the council of Beit Iksa for the site of the camp protest which was assembled the previous Friday and then destroyed by Israeli forces just two days later in the early hours of Monday morning.

The people of Beit Iksa are planning to plant more olive trees at the site every Friday. At this Friday’s demonstration of resistance the desire for a peaceful existence in the village shone from the faces of young and old alike. 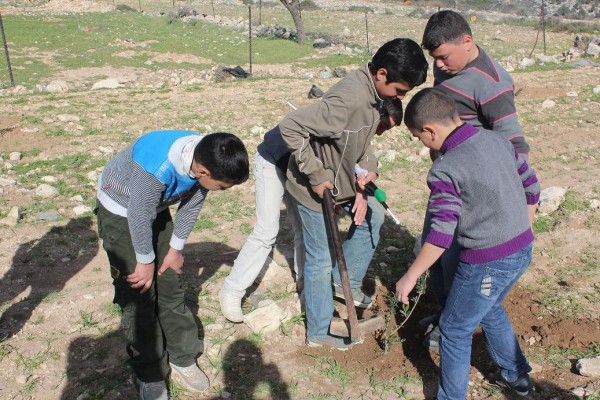 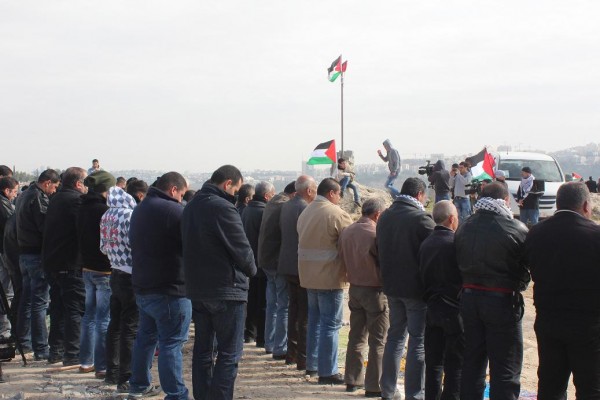 Prayer alongside the ruins of the mosque in Bab Al Karama