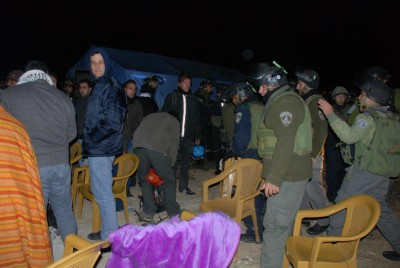 In the early hours of Sunday morning, Israeli forces stormed into a peaceful Palestinian camp protest in the small village of Beit Iksa to demolish a half built mosque and tear down four large tents that had been erected since Friday.

Israeli occupation forces surrounded the camp after giving only 6 hours notice to the organisers that the building of a mosque and erection of tents was illegal due to the fact it was in Israeli controlled area C. The land on which the camp was set up on belongs to local Palestinian villagers and was a communally organised event to protest against the annexation of land by the Israeli government.

After forcing young and elderly civilians into the centre of the camp, Israeli forces then dragged and pushed the group down a rocky valley to check each individuals ID.

The group of peaceful locals and international and Israeli activists were then made to wait in cold temperatures as the mosque was destroyed and the tents were ripped down and confiscated. At the time of the eviction there were around 40 Palestinians and six Israeli and international activists.

After one and a half hours Israeli forces told the group to stay at the bottom of the valley until they had left the area with their vehicles and bulldozer which was used to demolish the mosque and remove the confiscated belongings.

Beit Iksa has a long history of being victim to the aggressive and forceful tactics used by the Israeli government to capture legally owned Palestinian land. 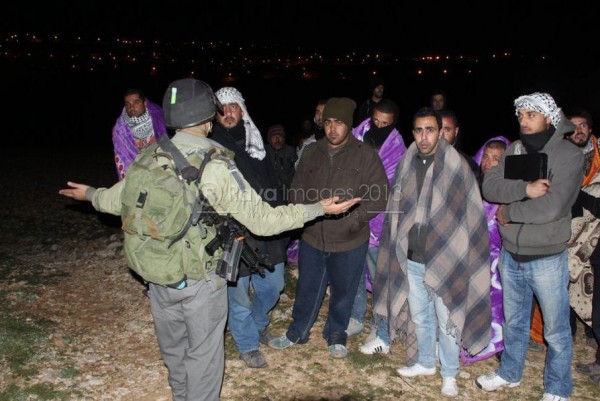 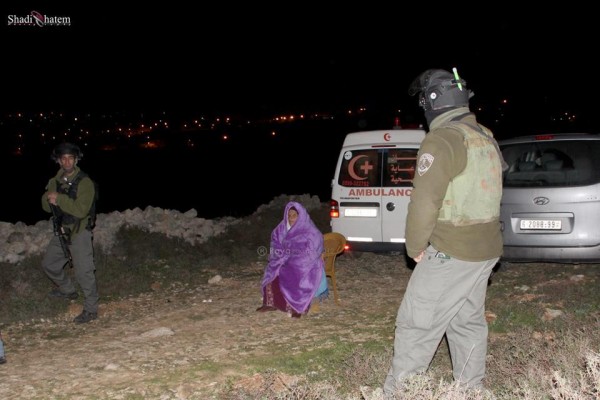 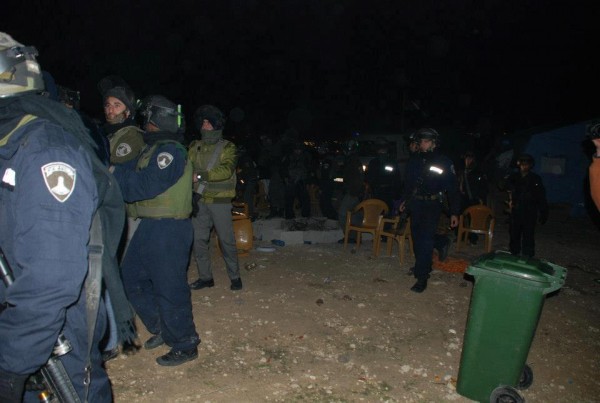