One month ago Mohamed Said El Saidi, 23 years old, and his brother went back to the sea around 5am in order to pick up the nets that they had previously left 2 miles offshore in Deir El Balah.

When they arrived they saw an Israeli warship waiting for them in the distance, once they had collected their nets the Israeli navy vessel approached and told them to stop. “We decided to try escape… we couldn’t afford loosing the boat and the nets”.

However they couldn’t go too far, as the Israeli soldiers immediately shot Mahmoud 11 times with a unique kind of projectile that consists of a cloth bag full of buckshots. They soldiers shot him 8 times in the leg and 3 times to the head. The damage from the shots left him unable to walk, as he couldn’t feel his leg, he was also left very dizzy and disoriented. 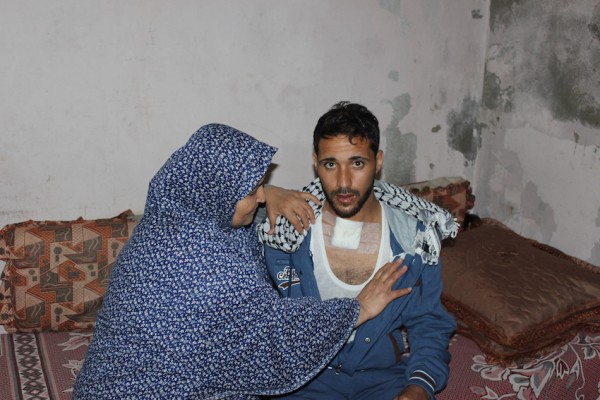 Mahmoud and his injuries

Immediately after that, the warship from the occupation rammed them, destroying their small boat and nailing a metal bar on Mahmoud’s neck. In the collision he also got his jaw and nose broken. 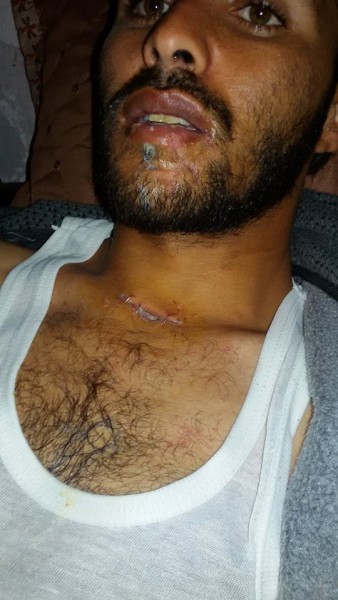 The occupation forces then took Mahmoud to the hospital and kept his brother for one day before sending him back to Gaza. Mahmoud’s mother explains, “I received a call from the Israeli hospital telling me that my son might die at any moment, and when my other son came back he told me that Mahmoud was dead”. 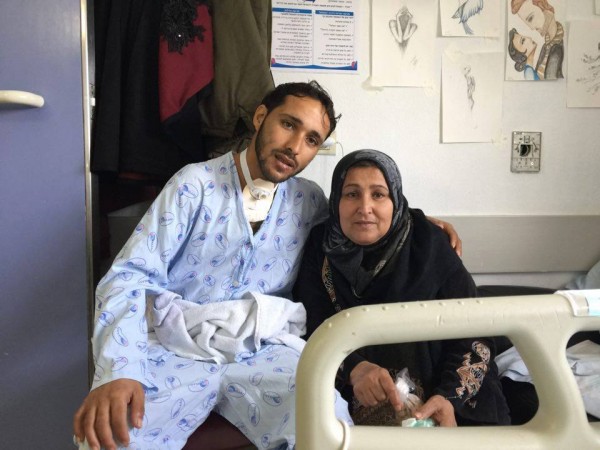 Mahmoud and his mother in hospital

Mahmoud’s mother was then given a permission slip to leave Gaza in order to see him. He was unconscious for 6 days and couldn’t begin to speak again until 12 days after, as all his vocal cords had been cut by the metal bar. The doctors have told him not to eat anything solid, during the next year he is only able to drink juices and soups through a straw. 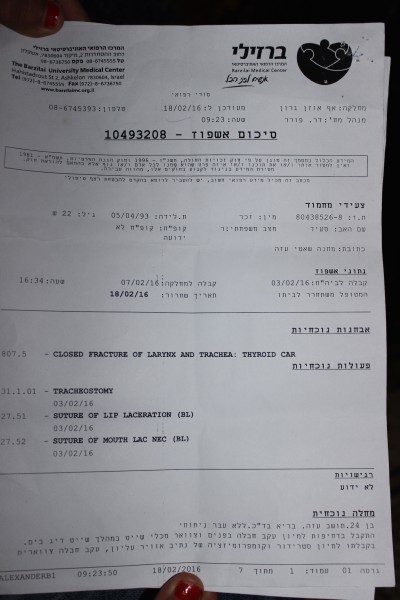 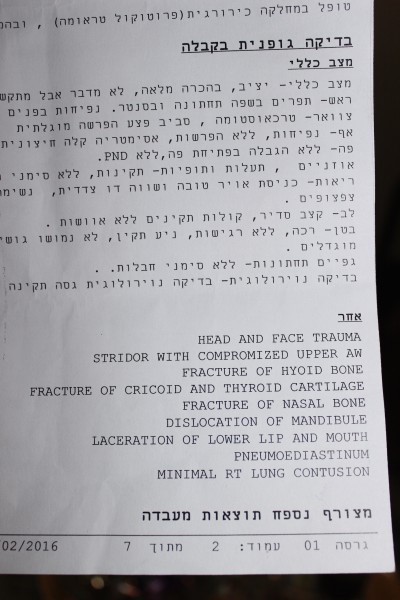 The situation of the family has become tragic, “we live in a rented house that we have been paying with the money that Mahmoud provides. Now we also should pay for his care and medicines, but we can’t… his cousin is taking care of his wounds as we can’t pay a nurse to do it”. “Please let the world know what they do to our children… they shoot them, steal their boats, kill them… they leave whole families without income… this is not life”. She continues, “I have another son who was kidnapped by the occupation a year ago… he has 3 children who have stopped going to school because we can’t pay for it”.