On the 28th of February around 4:00pm, 12 year old Palestinian boy, Sayed Seder was arrested by 10 heavily armed Israeli soldiers whilst playing football with his friends on the street in front of his family home. The Israeli army claim that he was arrested under allegations he was throwing stones at the guard tower which watches over Al-Shallalah Street and the illegal Israeli settlement that has been built directly behind the street and family home.

Abed, the father of Sayed went down to confront the soldiers after Sayed’s friends came running up to the family home, explaining to the father what was happening. When Abed approached the soldiers to ask them what exactly they were arresting his son for, the soldiers responded by informing him that it was because he was seen throwing rocks at the guard tower above. However, the street is lined with a protective type of fencing above the shops roofs that prohibits objects being thrown up or in the most common cases, being thrown down by illegal Israeli settlers who live above. Abed put the argument forward that it would have been pointless for his son to have been throwing stones with this protective barrier in place. Perhaps the logic of this made too much sense and the arresting soldier quickly changed his story and then began to tell Abed his son was being arrested for stealing a settler child’s football whilst pointing to the ball that Sayed and his friends were playing with. Abed informed the soldier that the ball Sayed and his friends were playing with was in fact a ball that he had purchased for Sayed from a shop in Halhoul just recently. The soldier who was evidently lying and knowingly falsely accusing Sayed of the above allegations ignored any more of Abed’s protests and continued to arrest Sayed. 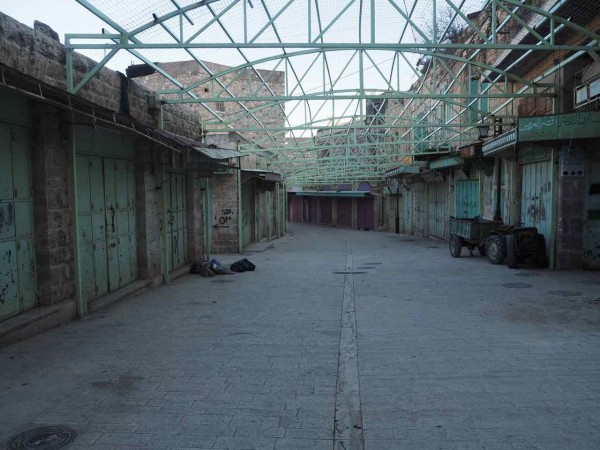 Al-Shallalah street where Sayed was arrested

From this point Sayed was marched to the Shuhada street entrance gate and taken through while his parents and friends were forced to stand back and watch. Sayed was then taken to the local military base on Shuhada street. Upon entering the military base he was reportedly handcuffed and blindfolded. The blindfold remained on for around 30minutes before being taken off, assuming that it was put on so he could not get a full view of what was happening inside the military compound for security purposes. Sayed alleges that teenage settlers who were allowed into the compound then beat him while the Israeli army simply stood back and did nothing. In recent light of leaked videos showing the torture of young Palestinians by Israeli soldiers whilst being detained does nothing to boost the credibility of the Israeli army or give merit to this bogus arrest of a 12 year old. 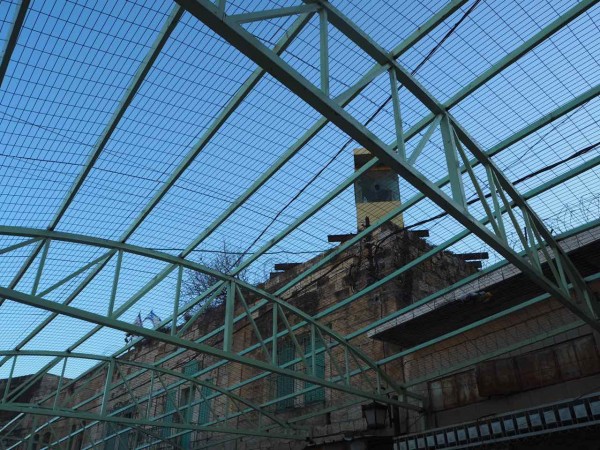 Protective fencing installed above Al-Shallalah street and the guard tower

Sayed was later released from custody at around 9pm to Palestinian authorities where he complained of pain in his kidneys. His father arrived shortly after and took Sayed to hospital where doctors examined him. While the doctors could not find physical wounds that would require further attention they did note that Sayed was severely traumatised from the event and was in a state of shock.

Just 3 months ago the Israeli army arrested one of Abed’s other sons who is 10 years old. The reason for the arrest was that he too was suspected of throwing stones at the military. As Abed didn’t believe this and objected he too was arrested with his 10 year old son. They were detained for 6 hours and released without charge.

One significant fact is that Abed’s house backs onto the illegal Israeli settlement of Beit Hadasa. Abed used to sell artisans out of the family home but has had to stop because of ongoing harassment both physical and verbal to himself and to his customers from the settlers that occupy the land next to his home. The front of Abed’s house has been covered in barbed wire by the Israeli military and is adorned with bags of dirty hummus, eggs and other foul items thrown down by the illegal settlers. The army has also boarded up the windows of his family home (without his permission) that overlook Beit Hadasa. 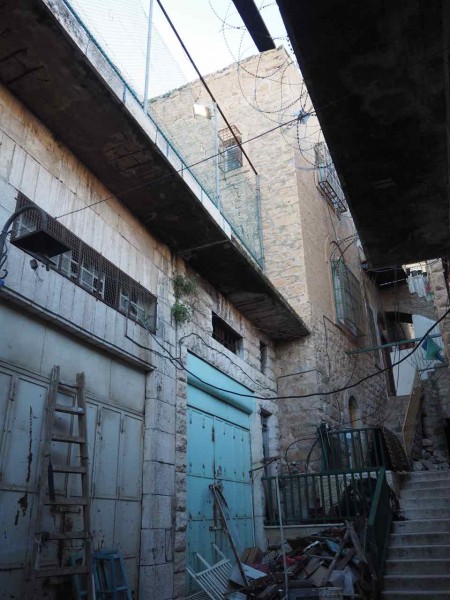 Abed’s home and the illegal Israeli settlement of Beit Hadasa 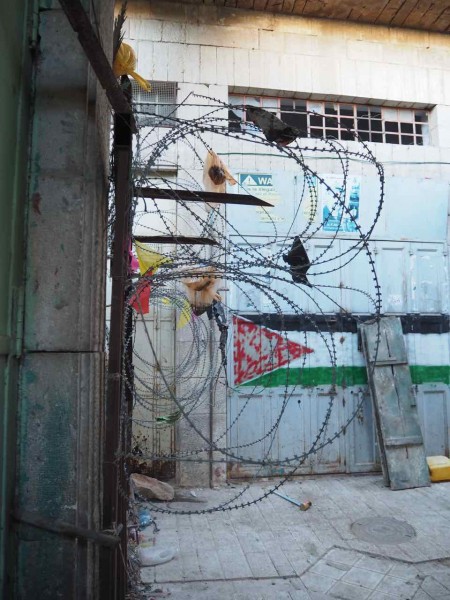 While harassment from the settlers in Hebron is  often considered an unfortunate normality to most Palestinians living under occupation, the armies continued bogus charges and harassment of Abed and his family give one the impression that the Zionist regime is using a tactical ploy to get Abed and his family out of their home for further settlement expansion.