Miguel and Kolla came this morning from the al-Khalil team (several years ago it feels) and we went to Bil’in as planned for my first demonstration.  The easiest thing to do is simply to describe it:

We waited a while for people to gather around lunch time in the village and then we all walked quietly down a road out of the village towards the wall.  We couldn’t see the wall as it was behind a small rise in the land, but it was there and it was what had been being protested every Friday for eleven years.  We were a couple of dozen Palestinians, eight or so internationals including the three of us from ISM and maybe ten Israelis. There were also a couple of press, wearing PRESS flak jackets and interviewing people, probably all local press rather than international.  Some of us carried gas masks, including me. 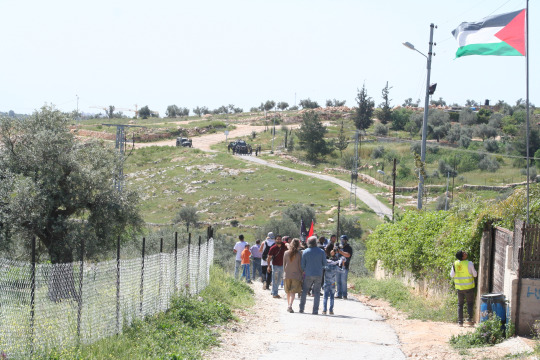 In front of us the road wound around through fields and in the distance you could see the Israeli tank and soldiers.  The shooting of tear gas began immediately.  There is a very distinctive noise and the canister is visible flying through the sky.  You have to look and see where it lands and then you have a second or two to move out of the way, watching which way the wind is blowing the smoke.  There is a lot of shouting then as more experienced demonstrators point to the canisters flying and we all run in an undignified fashion away from the place where they have fallen.  We put scarves over mouths and noses or we put on gas masks, which look ridiculous.  Some people don’t get far enough away and get gassed, but nobody gets gassed badly, just streaming eyes and uncomfortable skin.  Those who have alcohol wipes give them to the worst affected.  I can feel and smell the gas but I’m OK. 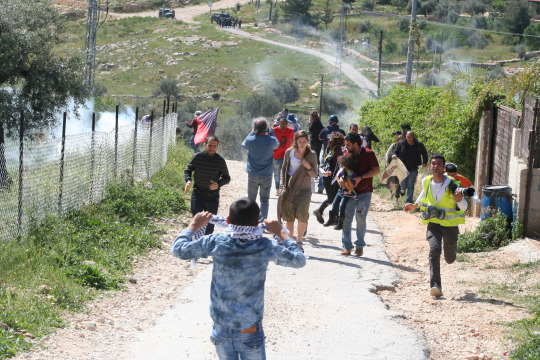 Soon the fields in front of us are full of flares of smoke and we are all in disarray pushed back and wondering what to do.  This is the shortest demonstration for a while, I’m told.  Last week was a lot longer and some go on for hours.  What stopped this one was the amount of tear gas fired and how quickly it was fired. It was immediate.  They can fire three, five or seven canisters in one shot from their guns and 210 canisters in one shot from the back of a tank.  Apparently today that is what they did.  It depends I am told on the local commander.  A new commander can get ambitious to be the one finally to stop the venerable and rather famous Bil’in demonstrations.

It was very companionable and friendly and not at all frightening.  I didn’t see anyone who seemed frightened.  Clearly a lot of people come often.  The Israelis looked like old hands, and it is particularly brave of them to support the demonstrations as it is so condemned in Israel (and it is illegal to enter the West Bank, or at least, according to the signage ‘forbidden and dangerous to your lives’). 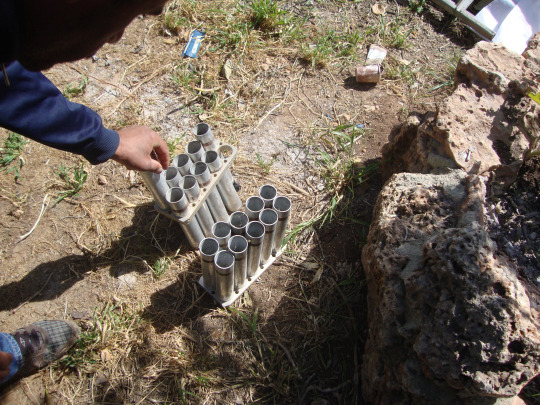 This is a demonstration. They raise so many questions and I will try to think and write about them, but not now.