On 8th February 2016, Israeli forces threatened to attack a peaceful demonstration in front of Shuhada checkpoint in occupied al-Khalil (Hebron). 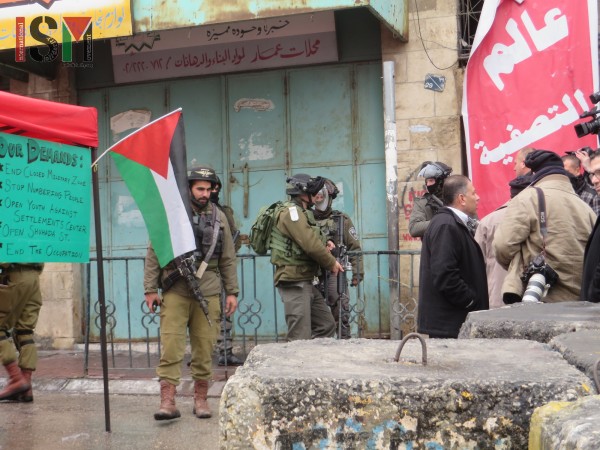 Protesters gathered at noon to protest the continued closure of the Tel Rumeida neighbourhood, that on the 1st of November 2015 was declared a ‘closed military zone’ by Israeli forces. Palestinian residents were forced to register with the Israeli army in order to be allowed to live in their family homes and be permitted into the closed zone. At the same time, settlers from the illegal settlements located directly adjacent to Palestinian houses are free to roam the streets with assault rifles slung over their shoulders like an accessories, as the closed military zone was deliberately designed to exclude the settlements while including Palestinian neighbourhoods. Friends and family of the Palestinian residents are barred from access, as are doctors and repair workers; human rights defenders were forcefully arrested and kicked out of their apartments and offices. 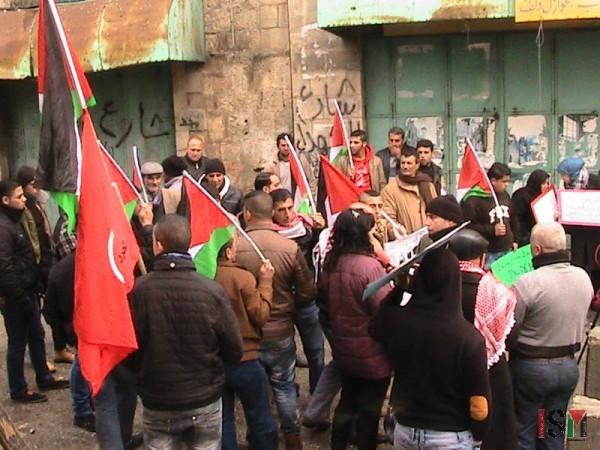 The demonstration, organised by the Hebron Defense Committee, walked up to Shuhada checkpoint (checkpoint 56) chanting against the illegal collective punishment exerted on all the Palestinian residents resulting from the closed military zone. Israeli forces immediately gathered at Shuhada checkpoint, the checkpoint just recently ‘renovated’ into a cage-like monstrosity that makes reaching their homes and schools even more humiliating, intimidating and dangerous for Palestinians. Throughout the demonstration Palestinian school children on their way home were denied passage through the checkpoint. 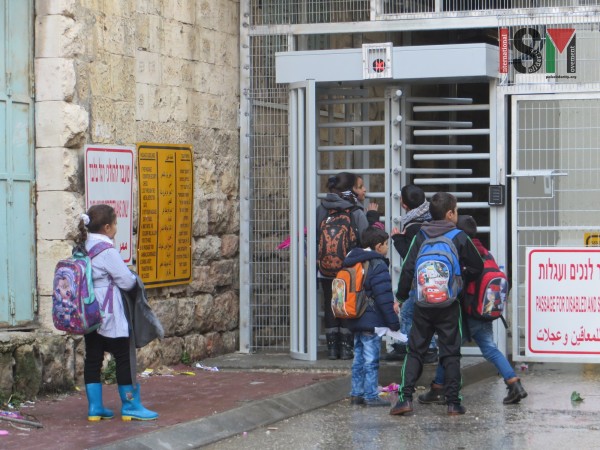 Israeli forces had previously ordered demonstrators already gathered at the protest tent in front of the checkpoint, which has been organized by Youth Against Settlements for over a month in protest of the closed military zone, to leave the area. 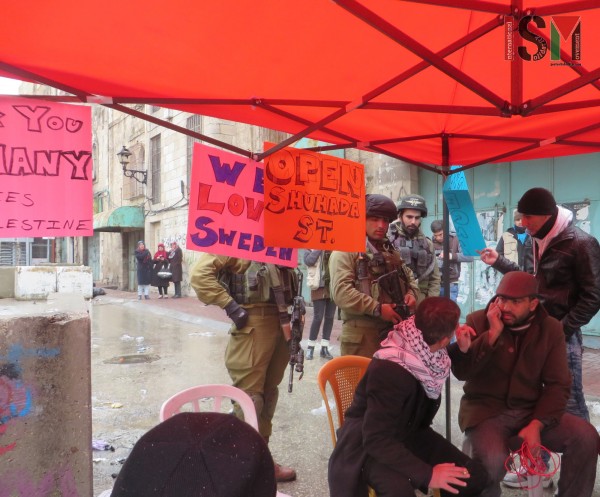 As soon as Palestinians started gathering in front of the checkpoint, Israeli forces advanced towards the peaceful demonstration dressed in heavy “riot control” gear and with their machine guns cocked. They immediately forced the Palestinians to move back, threatening them to shoot tear gas at the demonstrators peacefully exercising their right to protest. Even after complying with the order and moving further away from the checkpoint, Israeli forces stood outside the checkpoint aiming their guns at the gathering – even though they were in the supposedly Palestinian-controlled H1 area of al-Khalil. A group of soldiers entered a house in the H1 area, using the roof as a vantage point to surveil the demonstration. 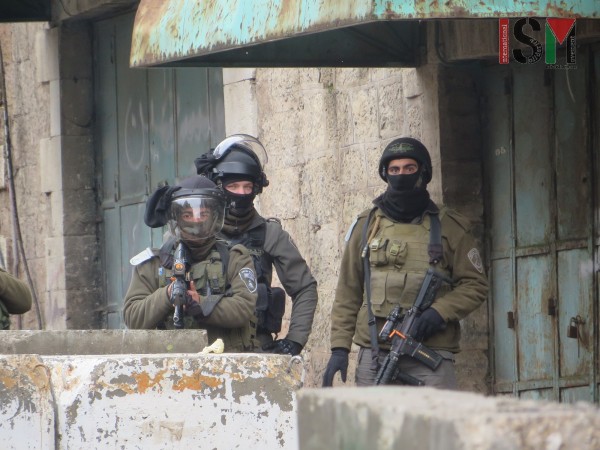 Israeli forces threatening the use of force against peaceful demonstration

February 8th marks 100 days since the Tel Rumeida neighbourhood was first declared a closed military zone. With the renewal of the order till the 1st of March, Palestinian residents face yet another month of arbitrary threats, humiliation, violence and denial of their most basic human rights by Israeli forces. The area covered by the closed military zone order includes the tiny strip of Shuhada Street where Palestinians are still allowed to live after the 1994 Hebron Mosque Massacre that was taken as an ‘excuse’ by Israeli forces for the closure of the main Palestinian market in Shuhada Street. This closure of the majority of Shuhada Street for Palestinians is protested yearly in the Open Shuhada Street Campaign.