Friday, December 11th, in Kafr Qaddum, the Israeli occupation forces shot three young men in the legs with tutu, and a fourth youth was injured with a rubber coated steel bullet at a demonstration protesting the road closure. Two illegal Israeli settlements located between Kafr Qaddum and Jit have blocked the Palestinian road and the Israeli occupation forces have been shooting protesters that just want to travel from one village to the other. The protest has been happening every Friday at 12:30 pm and will also be every Saturday at 2:30 pm.

Standing at the end of the road, protesters started a fire. The Israeli occupation forces moved towards the protesters. Without using tear gas to disperse the crowd, as was done the week earlier, the Israeli soldiers simply began to shoot rubber coated steel bullets at the unarmed Palestinian boys. The crowd began to run away from the seven soldiers. Several boys carried the injured to the ambulance. The Meta Peace Team, press and ISM were there to witness the event.

There was one Israeli man standing against the Israeli soldiers and yelling in Hebrew “you are criminals using live ammunition against unarmed people” and “your commanding officer is sending you to hell.” Road closures near illegal Israeli settlements are just one example of how the Israeli settlers control the military and governmental policy to some extent. According to the mayor of Kafr Qaddum, over 70 Palestinians have been shot so far by Israeli occupation forces at demonstrations there. 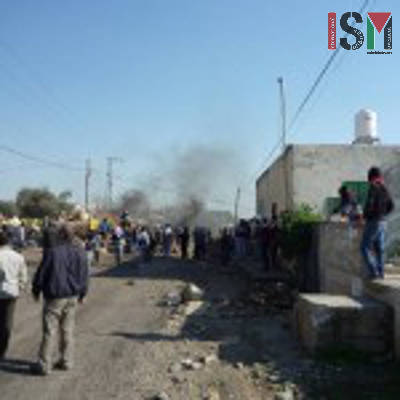 4 protesters were injured during the protest 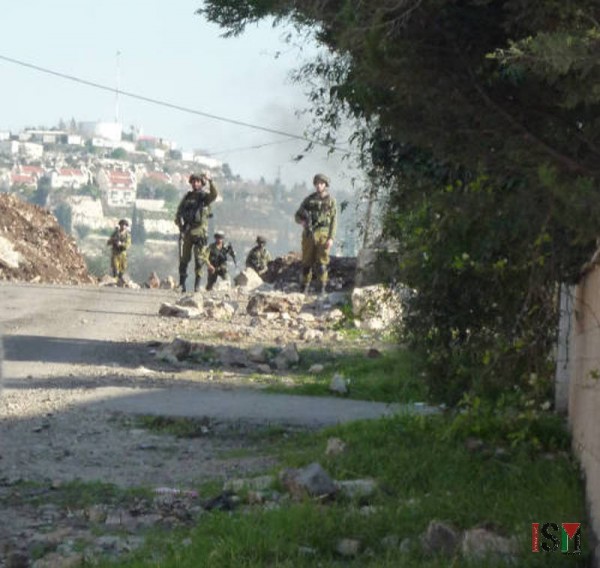