Two international human rights defenders were arrested in Hebron (al-Khalil) yesterday morning, November 3rd, while six others were ordered to leave an apartment in the H2 neighbourhood of Tel Rumeida by threat of arrest.

The German and American nationals were arrested at 7.50am while monitoring checkpoint 56 at the entrance of Shuhada Street, after being seemingly arbitrarily denied access to checkpoint 55 further down the street. They were arrested while peacefully observing the checkpoint on allegations of ‘disturbing soldiers’ and being in a closed military zone after a soldier at the checkpoint made a complaint to officers in a passing police vehicle.

The internationals were denied their legal right to communicate with their embassies, and were only given water to drink at the police station after repeated requests. ‘We were scared about what was going to happen, but we were still so much better off than the Palestinian we heard being beaten by Israeli forces in the police station’ one of the women announced. They were released at 4.30pm, on agreeing to sign conditions barring them from Hebron for one week. Immediately before being released from the police station, the investigating officer actually admitted that there was ‘no evidence’ against them, but they were still being punished for the soldiers allegations.

Several hours later, other members of the team were prevented from passing through Checkpoint 56 which divides Tel Rumeida from the H1 area of Hebron, which is under full Palestinian authority. As of Saturday, 31st of October, when Tel Rumeida was declared a ‘closed military zone’ for 24 hours, both internationals’ and Palestinian movement through the area has been severely restricted. Residents were ordered to register their ID’s or risk being prevented from passing the checkpoints which intersect the entire district.

While official documentation of the zoning of Tel Rumeida has been conspicuously inconsistent recently, the activists were shocked this afternoon when their passports were confiscated and they were confronted with an order to leave the closed military zone which encapsulates their apartment. Israeli forces demanded that they immediately sign an absent legal contract declaring their residency in the area, or they would be forcibly removed and deported.

Checkpoint 55 is frequented by students from several school groups, who pass it on route to and from schools which abut the Tel Rumeida illegal settlement. It was blocked for passage last Sunday in what soldiers described as “new measures against terrorism.” For years now international agencies have been monitoring the impact of the occupation on the schoolchildren of Hebron however this work has been severely restricted in recent weeks, amid mounting tensions in the district.

A volunteer with the International Solidarity Movement, a school teacher from Australia known as Phoebe, stated: “Will they never be satisfied? In the past month, Israeli forces have blatantly disregarded international law. They have performed extrajudicial executions of Palestinians in front of eyewitnesses with complete impunity.” She added: “We have been physically attacked on a daily basis by settlers in front of soldiers and police and then been ordered to leave, by threat of arrest for provoking them by our presence. We have been intimidated, harassed, abused, detained, and now this: arrest for our monitoring of human rights abuses on children and eviction for our presence in a fraught neighbourhood. Our presence is lawful and we believe more essential than ever.”

However, the internationals have stated their greatest concerns remain for the Palestinian residents of Tel Rumeida and the disturbing intensification of both settler violence and the physical manifestations of the occupation, including an expansion of infrastructure used to limit movement on the streets. Echoing concerns by local Palestinian residents, a Dutch volunteer stated that such measures have created an alarming sense that, “Hebron is being ghettoized.” He added, “if the international community does not react to this now then the illegal settlement will surely take over all of Tel Rumeida…This is what we are most afraid of.”

The internationals, from Holland, Italy, Britain, Germany, Unites States, Poland, France and Australia have vowed to return to their work of protective presence, monitoring and journalism in the district and consider this to be an appalling reflection on Israel’s supposedly democratic ideals. 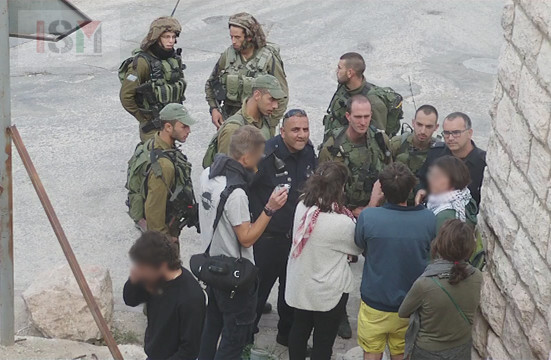 internationals being forced to leave their apartment 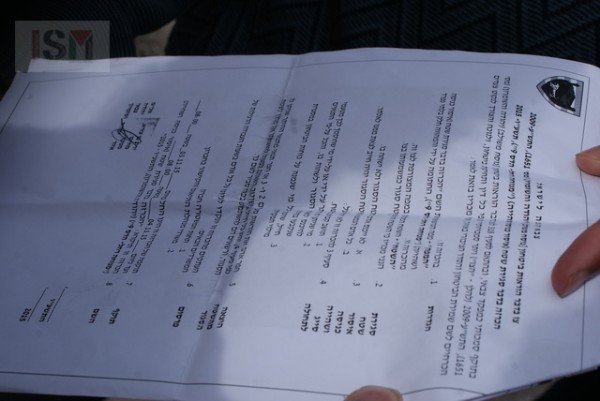 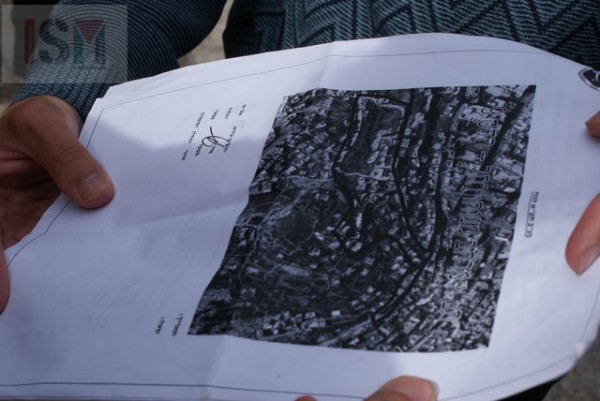