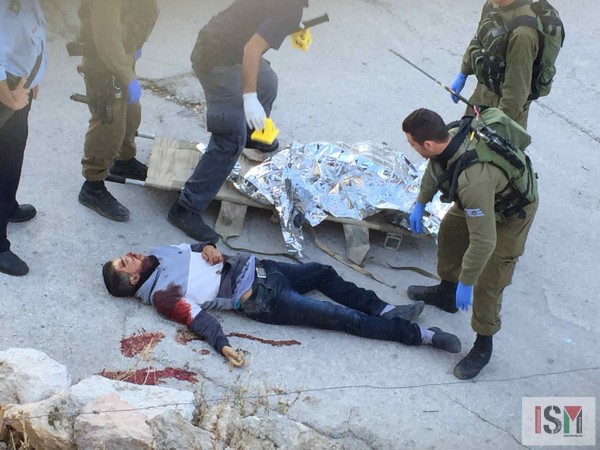 On Wednesday 28th October at 3.25pm, Islam Rafiq Obeido, 23, was shot in cold blood in the Tel Rumeida neighborhood of Hebron. Human rights observers from International Solidarity Movement witnessed the young man being murdered while walking in the street near the Gilbert Checkpoint.

The eyewitness from ISM, identified as Orion, states: “I am 100% sure he was unarmed. I saw the two soldiers creeping slowly along the road outside our apartment window with their guns cocked, so I looked down the street to see why. I saw an unarmed man walking normally towards the soldiers and suddenly they shot.”

The young man was shot at a distance of around two meters and at least 12 shots were fired. He died immediately after being shot.

No shouting or running was heard on the site prior to the murder. Minutes before the incident, a policewoman was overheard at the Shuhada Street checkpoint 56 saying on her radio “he looks like a good one, shoot him.”

Another activist from the ISM states: “It was just like last night, when they shot Hoummam Said. Everything was quiet and suddenly we heard many shots outside our apartment. I am sure he was unarmed and they murdered him for no reason, just like Hoummam”