”These are not tourists. These are hostile anarchists. Soldiers and residents pay attention, the characters in these photos are here to harm Israelis for anti-semitic reasons. Act accordingly.”

This message, written in Hebrew, was posted by a machine gun-wielding illegal Israeli settler outside the apartment of international human rights defenders in Hebron (al-Khalil) today. The posters show pictures of the faces of members of the ISM Al-Khalil team, as well as other international organisations working in the town. Most of the photos were taken yesterday, October 20th, while they were picking olives with the family of Hashem Al Azzeh in Tel Rumeida.

Illegal Israeli settlers attack Palestinians in al-Khalil on a daily basis with impunity. Settlers have also attacked international human rights defenders in the past.

In the last month settlers and the Israeli military have shot dead several Palestinians whom they claimed had knives.  Pictures and videos taken by Palestinian activists and international volunteers have challenged these claims.

A member of the International Solidarity Movement Al-Khalil team today stated that ”the intention of this threat is clearly to intimidate international human rights defenders and to prevent them from continuing to document the acts of violence, abuses and human rights crimes that illegal Israeli settlers carry out towards Palestinians every day in Hebron’.’

Despite the threat the international volunteers intend to stay in al-Khalil. 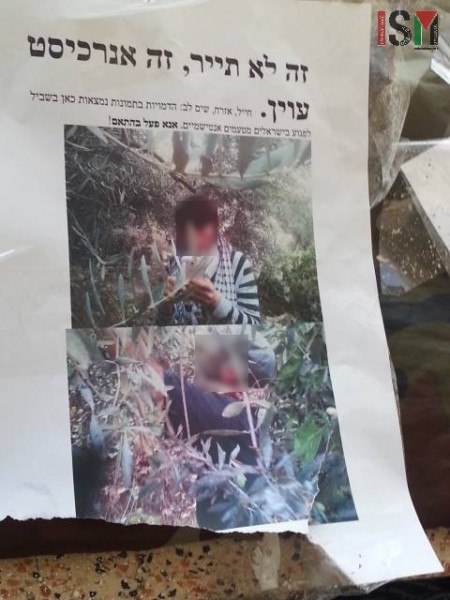 The posters in al-Khalil calls for violence against internationals 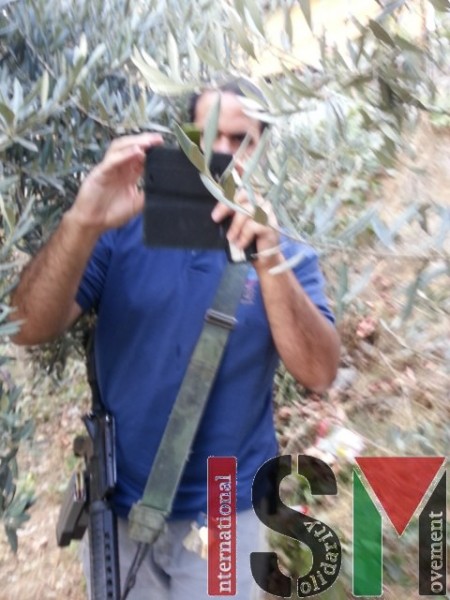