The Israeli military did not even wait for Kafr Qaddum’s Friday demonstration to start before firing at the crowd of demonstrators today. Before prayers had finished the Israeli military began firing at the demonstration with teargas, stun grenades and rubber-coated steel bullets. A 16-year-old child was hit in the head with a tear gas canister. He was taken to hospital with head injuries. International activists working with ISM have observed a pattern during recent Palestinian demonstrations of lethal violence starting at the beginning of the protest. 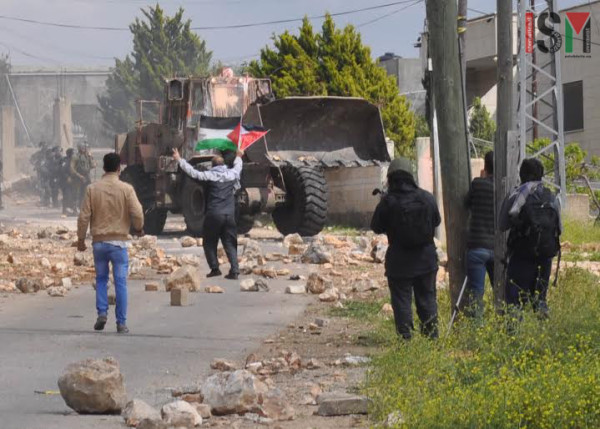 The Israeli military at this demonstration consisted of a mix of regular army and Border police. The military used two military bulldozers and a skunk truck to clear rubble and attempt to disperse the crowd. The protesters responded by disabling both bulldozers and skunk truck with bottles filled with paint throw at the windscreens of the vehicles. 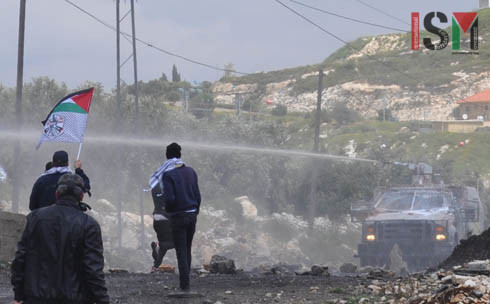 During the course of the demonstration Internationals witnessed a child of approximately 8 years old suffering from tear gas inhalation.  Another 8 year old was wounded in his hand with a rubber-coated steel bullet.

The military moved into the village using .22 rifles and throwing stun grenades. The demonstration continued until the military withdrew. 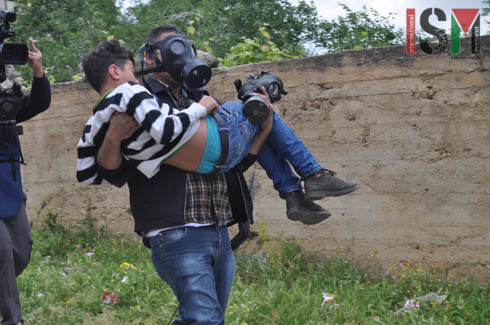 Child hit by teargas canister taken away for medical treatment