On the afternoon of the 21st of February Saleh Abu Shamsiya, a 10-year-old Palestinian boy, was attacked by settler youth in the Al-Khalil (Hebron) neighborhood of Tel Rumeida. Saleh’s father and activist with the group Human Rights Defenders Imad Abu Shamsiya reported  that the settlers, who looked around 18-19 years old, surrounded his son while he was playing in the snow and stabbed him in the arm with a sharp metal object about 15 cm long. 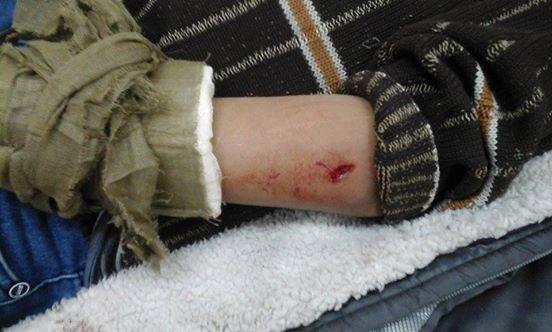 The soldiers stationed at Gilbert checkpoint, directly beside where the attack took place, did nothing try to prevent the settlers from assaulting Saleh. 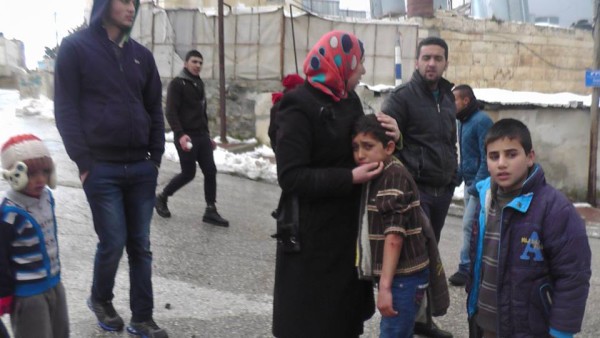 Sales after the attack – photo by Imad Abu Shamsiya

The boy was then taken to the hospital where the wound required two stitches. The night after the attack, Saleh could not sleep from the pain. 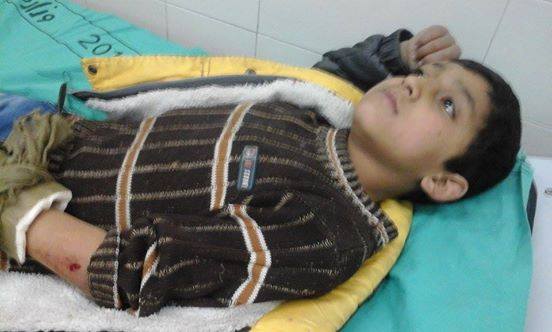 The following day, at 2:40pm, Saleh was again playing in the snow on the hills of Tel Rumeida when he was kidnapped by soldiers and brought to the military base in the Tel Rumeida’s illegal settlement. The 10-year-old boy was kept for about 20 minutes before Israeli police took him to the DCO (District Coordinator Office). After that the boy was handed over to the Palestinian police who informed his father about his whereabouts. 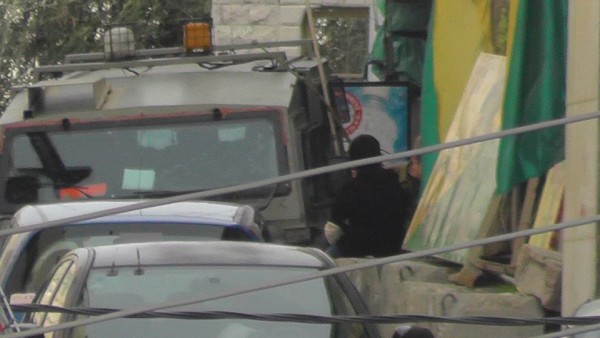 Saleh’s family lives very near the illegal Israeli settlement in Tel Rumeida, occupied by some of Palestine’s most violent Zionist settlers. Israeli occupation forces and settlers have repeatedly targeted the Abu Shamsiya family. Saleh’s brothers Awne and Mohammed have both been beaten by settlers, who used to routinely occupy the family’s roof. The nearby illegal settlements, along with the Israeli military occupation, continue to deny some of this family’s most basic human needs such as freedom of movement and the right of their children to play.