Yesterday a funeral was held for 14-year-old Orwa Abd al-Hadi Hammad, shot dead by the Israeli military on Friday, in the small village of Silwad close to Ramallah. 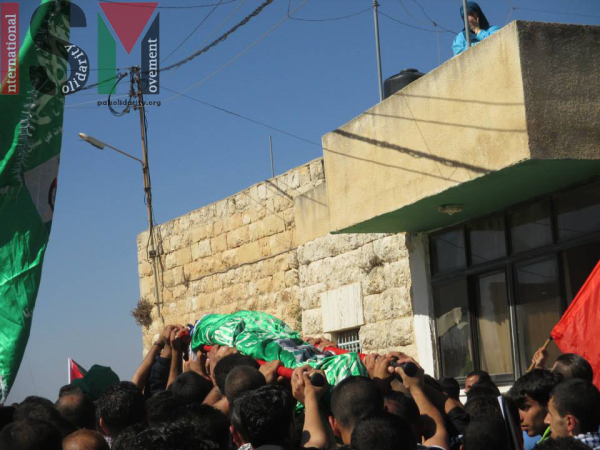 Orwa was a US citizen. His funeral was delayed until Sunday so his father would be able to travel from the United States to attend the funeral. The funeral procession consisted of thousands of men, waving flags and chanting through the narrow streets of Silwad, while carrying Orwa’s body on a stretcher. In the procession were parents of other children shot by the Israeli military. All shops in the town were closed and posters honoring the victim were posted everywhere. 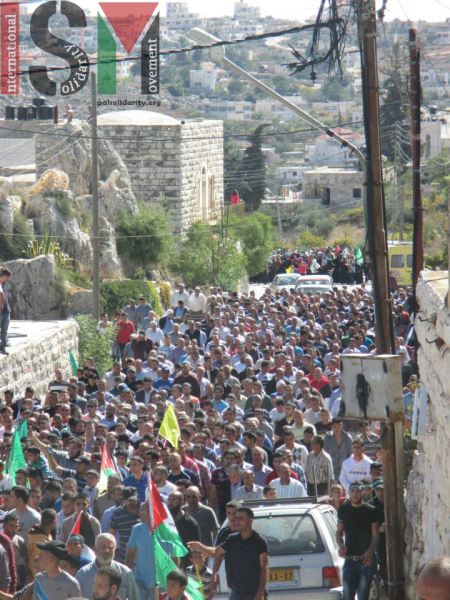 The procession moved from the mosque to the funeral sight in the center of the village. At the end of the somber service the relatives’ grief turned into frustration towards the Israeli occupation and the loss of the young boy. 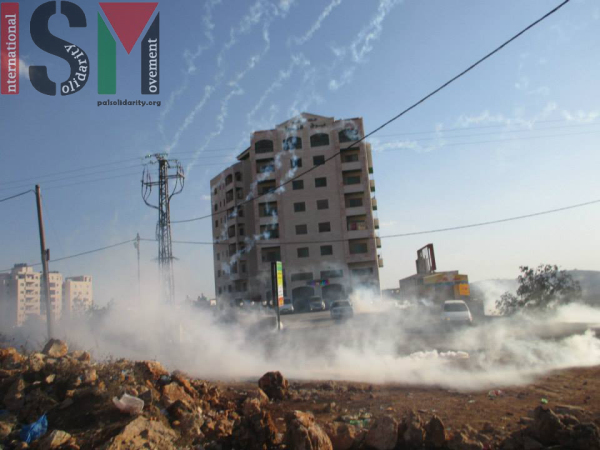 After more than an hour the Israeli military withdrew, just before entering the center of the village. Four ambulances left the scene carrying people wounded by the rubber-coated steel bullets and overcome by tear gas inhalation.