In the early hours of the morning, the Israeli military invaded the Ramallah district of the West Bank; at least 25 people were injured, mostly from the many rubber-coated steel bullets fired by the soldiers. One youth was shot with live ammunition in the head. Mahmoud Atalla Ismael was found dead one hour ago in a building close to al-Manara, shot with live ammunition.

Ramallah, according to the 1993 Oslo Accord, is classified as area A, supposedly under full Palestinian Authority, civil and security control. This did not stop the military from invading the city, continuing their campaign of collective punishment against the Palestinian people since three settler youth disappeared on Thursday (12th June).

At approximately 01:00 this morning, the Israeli army invaded the city of al-Bireh (near Ramallah); next they moved to the Alginan neighbourhood, raiding a local school. In the Imalsharait neighbourhood, Israeli forces tried to arrest a Palestinian youth, who was fortunately able to run away. Clashes broke out as Palestinian youths threw stones to try and repel the military from the area, the army fired many tear gas canisters and rubber-coated steel bullets.

At some point during this military violence, Mahmoud Atalla Ismael was killed.

One Palestinian woman was injured after Israeli forces threw a stun grenade that hit her in the head. She received treatment from Red Crescent paramedics, stayed until the military left the area, and then left to Ramallah hospital for further treatment. 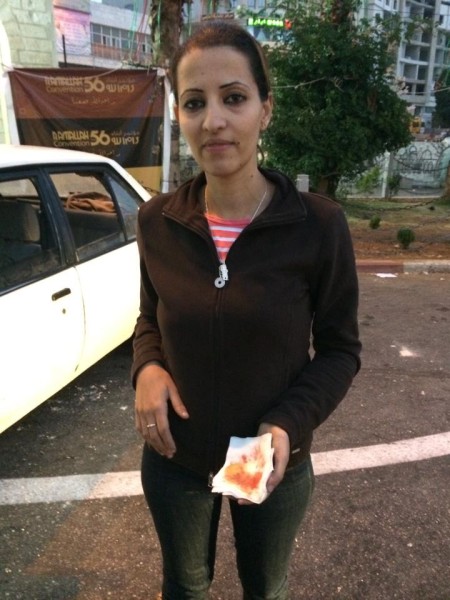 Ala, a 21-year-old youth, was standing close to Al-Manara when he was shot in the head with live ammunition. “I touched my head and felt the blood, then I fell down to the ground. I was carried to a taxi and taken to hospital, I thought I was gonna die. Five doctors surrounded me and I was covered in blood”.

Ala was fortunate; the bullet struck his skull, and then glanced away. He required four stitches and was able to leave the hospital several hours later. 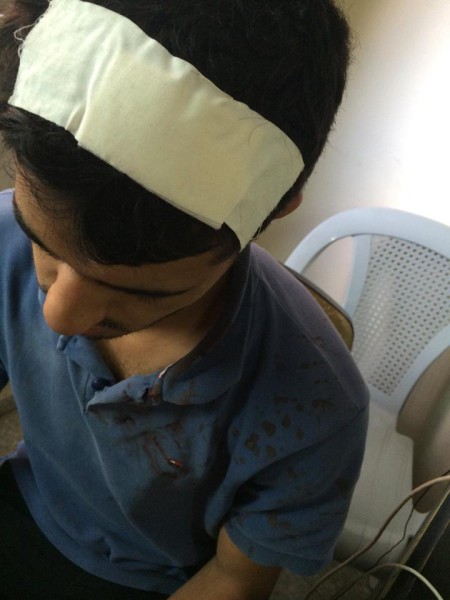 21-year-old Ala after being released from hospital, his shirt still bloody (photo by ISM).

13 youths were shot with rubber-coated steel bullets and taken to hospital for treatment, an additional two had to be treated for tear gas inhalation. However it is impossible to state exactly how many people were injured by the Israeli military, as many youths shot with rubber-coated steel bullets did not require hospital treatment, some continuing to stay in Al-Manara until the military left the area. 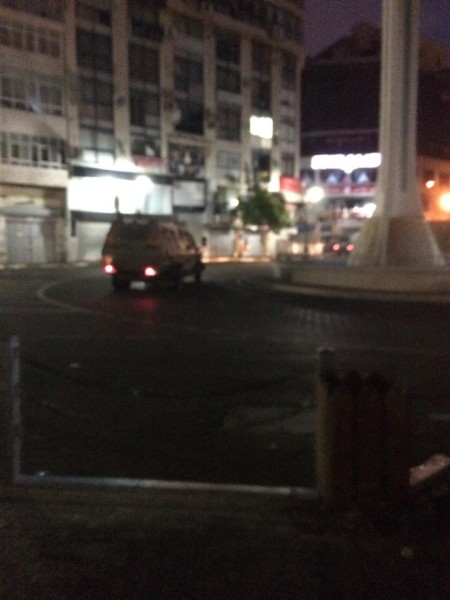