On Thursday 12th of this month, three settler youth disappeared while hitchhiking in the Hebron area of the West Bank. No Palestinian group or organisation has taken responsibility for the disappearance.

15-year-old Mohammad Dudeen was murdered in the early hours of Friday morning (20th) after he was shot with live ammunition by the Israeli military. This was during a raid on his home village of Dura, near the city of Hebron. 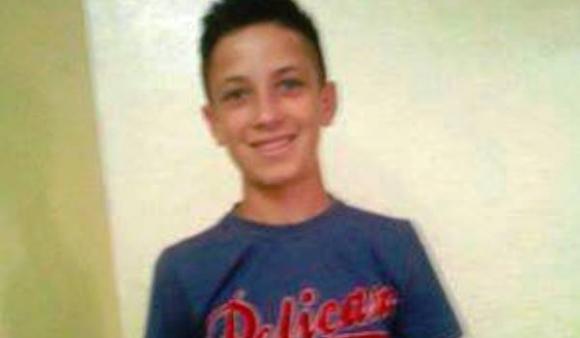 Mohammed was not the only youth killed on Friday. The Israeli military raided Qalandiya refugee camp (south of Ramallah) and shot three youths with live ammunition. Mustafa Hosni Aslan, 22-years-old, was shot in the head and died of his wounds later the same day. 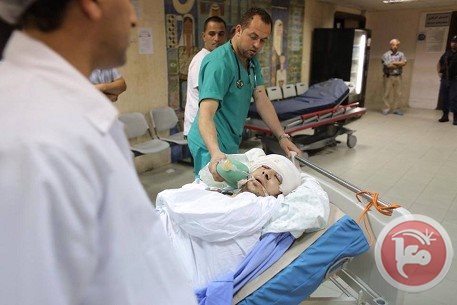 Mustafa Aslan at the hospital before he died from his injuries (photo from Maan News).

A Palestinian man in his sixties died of a heart attack on Saturday, 21st, after the Israeli military invaded his home. Hajj Jamil Ali Jaber Souf was at his home in Hares village, near Salfit, when the Israeli military violently broke in and attacked him. One of his nephews stated that the soldiers prevented the family from moving Jabber to a local clinic to receive medial treatment.

The Israeli army invaded the city of Nablus last night at approximately 2AM. The youth took to the streets and clashes ensued as they attempted to drive the soldiers out of the city. Many stun grenades were used throughout the night and a final barrage of tear gas was fired on the youths as the were leaving the city centre at approximately 5AM.

An ISMer in al-Khalil (Hebron): “For the past week in Hebron, there has been a heavy military presence. Solders from the Israeli military have been taking over Palestinian homes for their own use and harassing people in the streets with body searches. Many people have been detained, beaten, and arrested.

Settlers from the illegal settlements walk around armed and have been attacking Palestinians on the streets. Today the Israeli army attacked the residents of the Qeitun neighbourhood in Hebron. They entered several times during the day, but this evening the solders attacked an 11-year-old boy by hitting him on the mouth. They arrested two Palestinians and searched the locals for no reason. The solders continued the violence with property damage, ripping apart a local car under the guise of a ‘search’.” 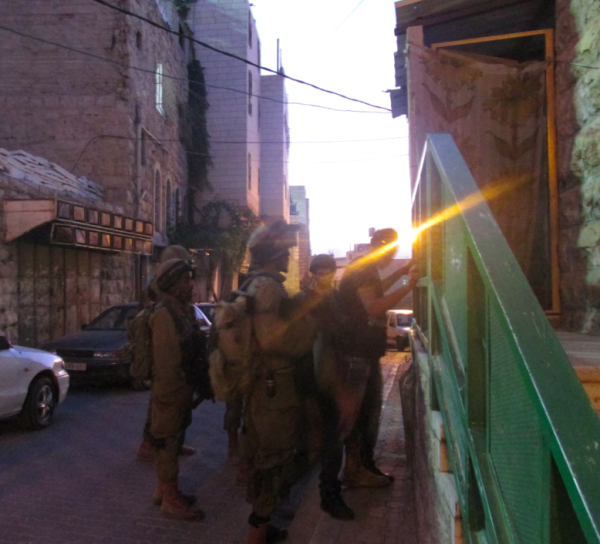 Last night Israel’s army invaded Ramallah district from  three directions – Qalandia, Beituniya and Beit El, reaching as deep as Arafat Square inside the city. Pal Media offices in Baloa’ were raided. In Burj al-Sheikh, the army raided the office of a prisoner that was released in the Shalit exchange deal, and used it as a firing post against youths attempting to repel them from the area. The youths sustained multiple injuries from rubber coated steel bullets. In Batn al-Hawa the army raided a charity building and confiscated computers. 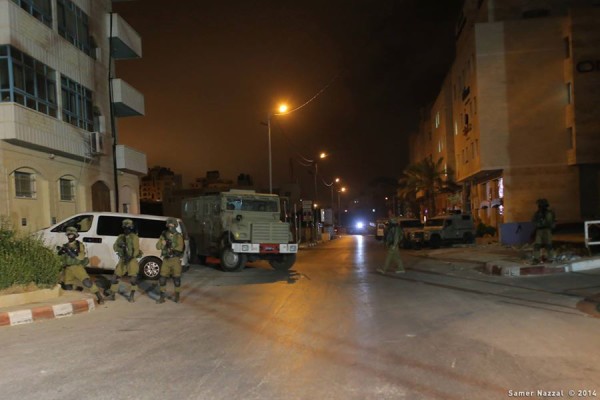 These are just some examples of life in Palestine over the last nine days. According to Maan News, approximately 370 Palestinians have been arrested since last Thursday. The Israeli military have been brutal in their tactics of collectively punishing the citizens of Palestine for the disappearance of three Israeli youths. All over the West Bank, in villages, towns, and cities, Palestinian homes and offices have been raided, cities have been held under siege, people have been injured, arrested, and executed.