Mariam was released yesterday evening and is now home with her family.

Mariam had a military court hearing this morning and the military judge agreed to release her on bail. Mariam’s bail has been paid and she is expected to be released later this evening.

At Mariam’s military court hearing today, an Israeli military judge stated that he “has doubts if the evidence supports the prosecution charges” and agreed to her release on bail. Nonetheless, he ruled that Mariam should remain in military detention until tomorrow morning, April 17th, at 11:00, so that the military prosecution has a chance to appeal his decision.

On Friday, April 11th, 2014, 20-year-old Mariam Barghouti, a university student at Birzeit, was arrested by Israeli forces. She was brought to court on Sunday, April 13th where she was charged and her detention extended until Wednesday, April 16th.

Mariam was arrested while leaving the village of Nabi Saleh. Mariam, along with Abir Kopty (a Palestinian with Israeli citizenship who was later released on bail), and three foreign journalists were detained by soldiers and searched. Mariam had been in Nabi Saleh accompanying some of the journalists on their assignments and translating for them. Soldiers on the scene fabricated charges against her and handed her over to the police who arrested her along with Abir. At her hearing yesterday Mariam was charged with stone-throwing and entering a closed military area; her detention has been extended until Wednesday. Mariam sobbed throughout the whole hearing and told her lawyer that the charges are simply lies.

Mariam is a student at Birzeit University where she is majoring in English Literature and Psychology. Mariam is also active in community work and organizing and received a two-month residency scholarship in the UK, part of a program supporting women.

Abir said that during the arrest incident on Friday, “one of the soldiers who detained us looked at me and with a big smile said, ‘I’m going to mess up your life.’ It was obvious to me then that not only will he fabricate everything for his own purposes, but he knows he has the power to do so.” 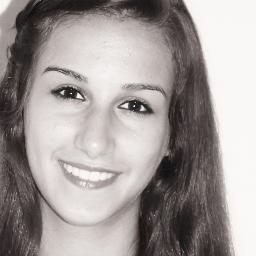