Tear gas in Hebron school leads to cancellation of classes 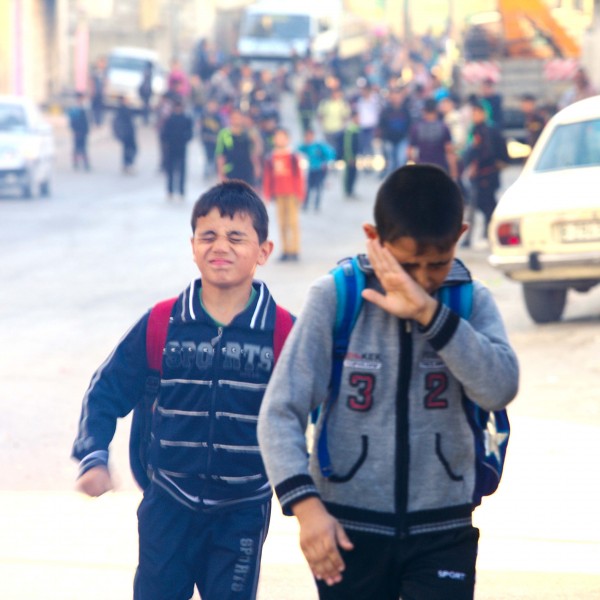 Two school children suffer from the effects of tear gas

In the Israeli controlled H2 area in the center of Khalil (Hebron) children are used to tear gas canisters being fired after them before going to school.

Usually the teaching is delayed for at least half an hour, as many children are afraid of walking along Shalala Street where the school is, and with good reason. This morning, eight Israeli soldiers and two members of the Border Police were present as the children made their way to school, and they responded with no hesitation when four young children threw a hand full stones towards the checkpoint. At first one stun grenade was thrown from behind the checkpoint where the soldiers held their position, but they moved immediately out of the checkpoint towards the school.

From this position, another five stun grenades were thrown and six tear gas canisters were fired, one of which was fired carelessly down the street, nearly hitting a Palestinian woman on her way to work. This would have required hospitalization.

One stun grenade was purposely thrown at two international activists who were taking photos of the episode. After around half an hour the soldiers and police decided to go back to the checkpoint where two of them remained to check the ID’s of Palestinians and internationals. The rest of the soldiers and police left in a jeep while teachers and pupils walked back home since the school yard and classrooms had tear gas hanging in the air.