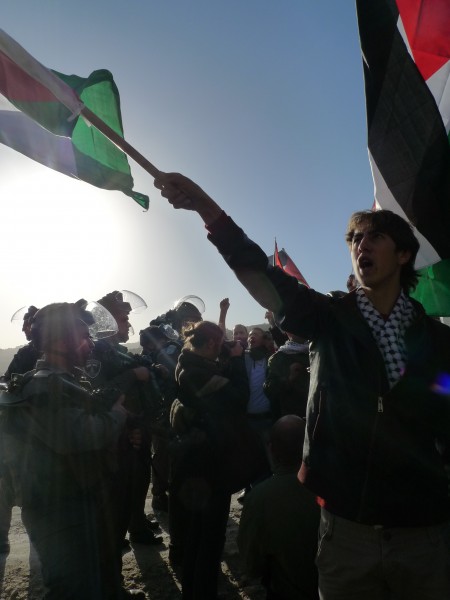 All the detainees from Bab Al Shams have been released!

Following the violent eviction of Bab-Alshams (gateway of the sun) on Sunday around a hundred Protestors returned to the land which the Israeli Occupation Forces call E1. After the acceptance of Palestine as a non-member state to the UN, Israel announced the approval of a plan to expand by building some 4,000 residential units in this area. Such construction would effectively bisect the West Bank, effectively cutting it off from Jerusalem.

The protestors arrived before 15:00 to the surprise of Israeli Police stationed in the area; two groups approached Bab-Alshams from different directions. As protestors moved up the hill Israeli Occupation Forces began to attack the demonstration initially with stun grenades.

Activist’s remained steadfast and refused to leave the land which is privately owned by Palestinians. Israeli police began to outnumber protestors and then began detaining Palestinians violently. Slowly Israeli forces managed to push activists down the hill.

Activists regrouped at the bottom of the hill, sat down and began to sing. The violence of the Israeli authorities then again increased, one women was beaten and suffered a head wound which required medical attention. At least two others were injured one male was bleeding heavily from the wrist, while others were being treated for shock.

At-least 10 people were arrested most of which have now been released. Some remain in detention including an ISM cofounder Neta Golan. 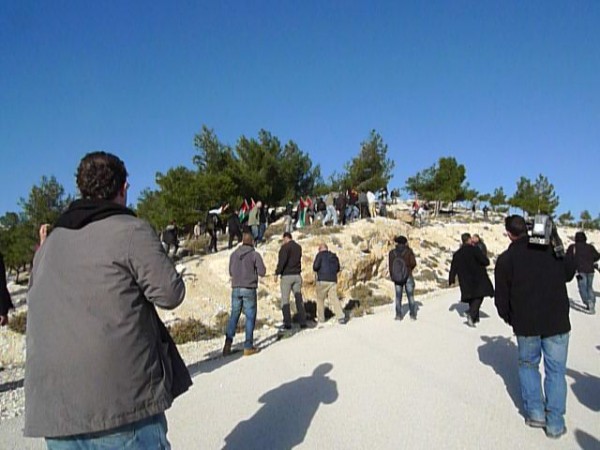 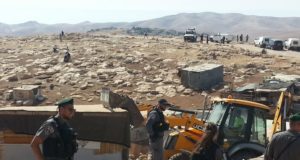 A day of demolitions: Houses destroyed by JCB vehicles at Abu Nuwar