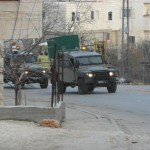 The funeral of Masouza Alja’ar, an elderly woman who died of natural causes, was attacked by the Israeli army with large amounts of tear gas and rubber-coated steel bullets. For over three hours the town was rocked by the unprovoked actions of the soldiers. The youth of Beit Ummar defended their town as clashes broke out. Not until dusk, around 5 pm did the town return to normal. Tear gas canisters were fired at the residents forcing them to take refuge in their homes and inside shops. 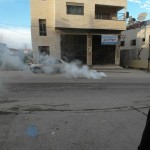 Most funerals in the town of Beit Ummar are attacked by the Israeli army. The last funeral to be violently disrupted in the town was on 25th December, Christmas day. Again there was nothing out of the ordinary about this funeral so it remains unexplained why it was being attacked by the Israeli army. The violence spread to an area where there were also clashes between the Israeli occupation forces and people from the town, near the illegal Israeli settlement of Kharmei Tzur. 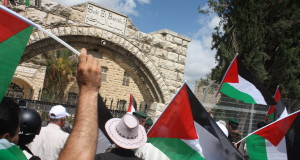