Since two months concerned Palestinians demonstrate against the sale of the Presbyterian church in Beit el Baraka to right-wing activist Aryeh King. Beit el Baraka is a site on the road connecting al-Khalil/Hebron to al-Quds/Jerusalem and near Al Arroub refugee camp. Aryeh King is said to refurbish the church and the surrounding area in order to establish a new illegal settlement. 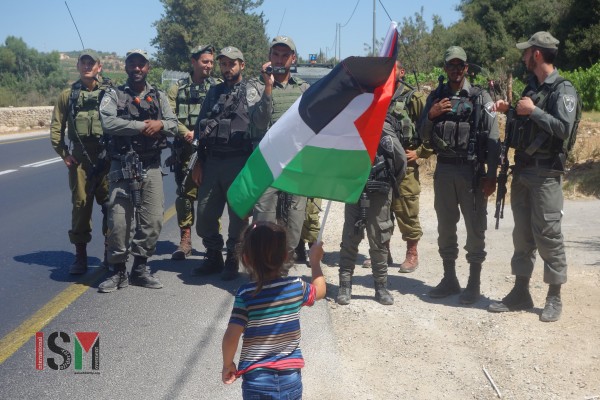 Today was the 16th demonstration against the sale of the church and the threat of a new settlement. Twice a week they march on the road leading from Beit Ummar to Beit el Baraka and the church. The group of protesters consisted of men, women and children explicitly identifying as Palestinian Christians or Palestinian Muslims. They carried banners and Christian crosses and chanted slogans to defend the right of Palestinians to their own land. 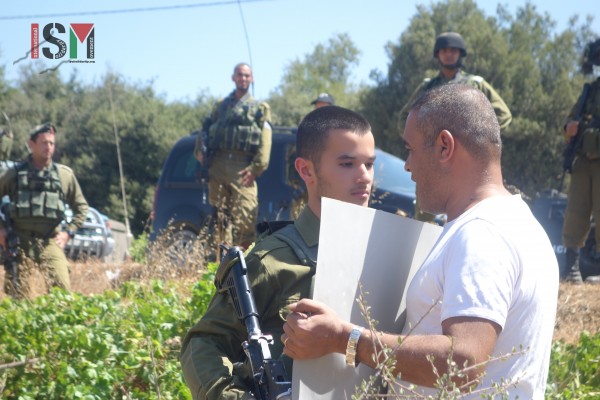 There was an excessive army presence and the many soldiers outnumbered the non-violent protesters by far. As the group marched towards the Presbyterian church their passage was blocked by the army. When they crossed the street in order to continue the demonstration and the march in the fields the army speeded to further block the movement of the demonstrators. 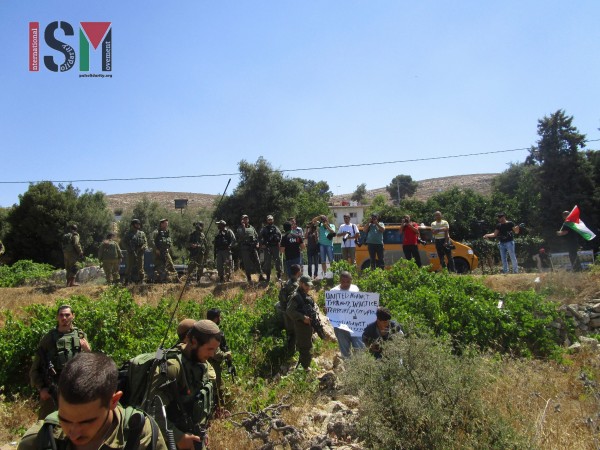 No weaponry was used and the peaceful protesters retreated to Beit Ummar and the surrounding villages. They will be back the coming weeks to continue to resist new illegal settlements that enable to annex Palestinian land beyond the internationally recognised borders (the ‘Green Lines’) of Occupied Palestine and ‘48.