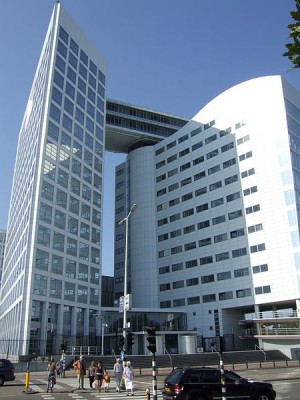 On 10 December 2012, on the occasion of Human Rights Day, PCHR is launching its ‘Palestine to the ICC‘ campaign. The campaign aims to encourage the relevant stakeholders, namely the State of Palestine, the Prosecutor of the International Criminal Court and the international community, to fulfil their responsibilities in ensuring justice and redress for Palestinian victims on violations of international law. 10 years after the creation of the International Criminal Court, the institution created to put an end to impunity for the perpetrators of the most serious crimes of concern to the international community as a whole, PCHR is demanding accountability for the countless Palestinian victims who have been denied access to justice for so long.

The drafters of the Rome Statute recognised that “all people are united by common bonds, their cultures pieced together in a shared heritage.” The values that form the Court are indeed universal, building upon the rights that were proclaimed in the Universal Declaration of Human Rights in 1948. As article 2 states “…no distinction shall be made on the basis of the political, jurisdictional or international status of the country or territory to which a person belongs, whether it be independent, trust, non-self-governing or under any other limitation of sovereignty.”

64 years later, countless peoples are still discriminated against and huge distinctions are made between individuals, simply because of the political status of the land into which they are born. The Palestinian people have consistently been discriminated against precisely because of the lack of independence in their territory and the limitation of sovereignty imposed on them since the creation of the State of Israel – that very same year.

The human rights situation in the occupied Palestinian territory is worsening year after year. The right to self-determination and the achievement of a Palestinian State appear as lofty ideals vis-á-vis the reality on the ground. The situation in the West Bank and in Jerusalem is deteriorating under occupation and expanding settlements, with the entire world as a witness. In the Gaza Strip, 1.7 million people are subjected to a heinous form of collective punishment, cut off from the outside world and forced into de-development.

These same people, protected persons of international humanitarian law, are subjected to relentless attacks. During the so-called ‘Operation Cast Lead’, it was the civilian population in the eye of the storm, denied even the possibility to flee. Over 80% of all casualties were civilians. All this happened under the eyes of the international community. Nearly 4 years later, there has not been any proper investigation at the national level.

Worse still, the international community has looked on once more as Israel carried out yet another offensive involving disproportionate and indiscriminate attacks which caused the loss of many civilians lives. Almost two-thirds of those killed and 97% of those injured during ‘Operation Pillar of Defence’ were civilians. Even before ‘Operation Cast Lead’ has been properly investigated, yet another large-scale offensive has left many more victims in its wake.

The UN Fact Finding Mission on the Gaza Conflict found that war crimes and crimes against humanity had been committed during ‘Operation Cast Lead’. Most importantly, the Report outlined mechanisms of accountability at the national and, in case of failure, the international level. As concluded by the UN Committee of Experts “the official inquiry must be conducted by a truly independent body, given the obvious conflict inherent in the military’s examining its own role in designing and executing ‘Operation Cast Lead’”.

PCHR recognises that the ICC is the principle independent body which is capable of conducting such investigations and, in this context, PCHR is launching its campaign, ‘Palestine to the ICC’, which aims to encourage the relevant actors to fulfil their responsibility in ensuring that Palestine gains access to the ICC. Firstly, the State of Palestine should sign and ratify the Rome Statute without undue delay, and lodge a declaration with the Court’s Registrar under Article 11 (2) and 12 (3) of the Statute, accepting the exercise of jurisdiction by the Court from the date of entry into force of the Statute, 1 July 2002.

Following the accession of Palestine to the Rome Statute, the Prosecutor of the International Criminal Court should initiate an investigation proprio motu into alleged war crimes and crimes against humanity which are committed in Palestine in violation of the Statute, and request an authorization of the Pre-Trial Chamber to proceed with an investigation, pursuant to article 15 of the Statute. Thereafter, the Prosecutor of the

International Criminal Court should reopen the preliminary examination, and take into account the proper elements in order to finally open an investigation into the situation in

Palestine, bringing the issue before the Pre-trial Chamber for a judicial determination of the matter. Finally, it falls upon the international community to support the efforts of the Palestinian people to seek justice for violations of international humanitarian and human rights law through use of the principle of universal jurisdiction.