By Mia and Rosa 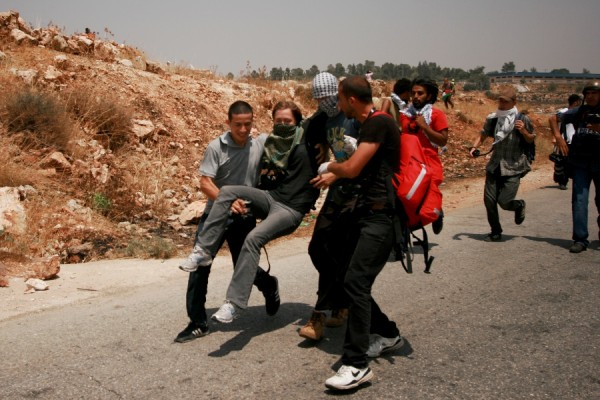 Tear-gas, skunk water, and rubber-coated bullets were fired against demonstrators in Nabi Saleh on Friday, June 15, injuring over 15 individuals.

In the West Bank village of Nabi Saleh some 150 persons gathered following the Friday prayer to demonstrate against the nearby illegal Israeli settlement of Halamish, the settlers’ theft of spring Ein al-Qaws that used to provide water to the whole village, and the Israeli occupation at large. 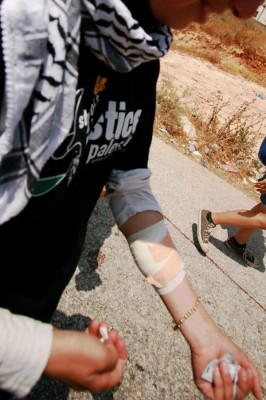 Among the protesters were people of all ages and genders, Palestinians, Israelis, and international activists. The march began in the village and proceeded down the road towards the illegal settlement. The Israeli Occupation Forces immediately targeted the crowd with rubber-coated bullets, after which they began using skunk water trucks, sound bombs, and tear-gas grenades.

Over 15 men, women, and children were injured by the steel-cored bullets. Several others suffered tear gas inhalation and required treatment.

When the demonstration proceeded towards the occupied water spring, the IOF shot excessive teargas from several directions at the unarmed young demonstrators. The protest lasted at least 8 hours.

Mia and Rosa are volunteers with the International Solidarity Movement (name has been changed).