New
Home / Journals / Beit Hanoun remembers Vittorio: “When he spoke you had to listen”

Beit Hanoun remembers Vittorio: “When he spoke you had to listen” 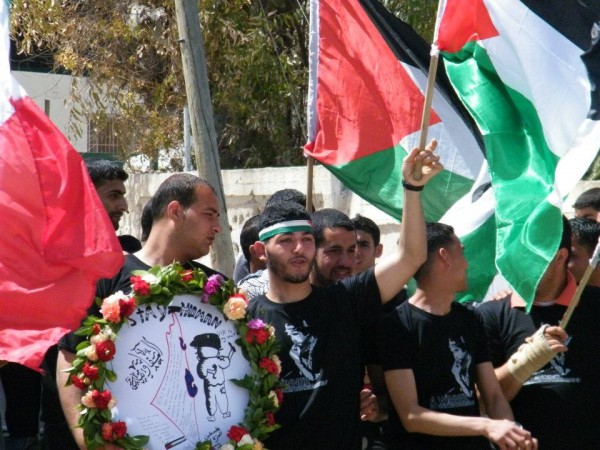 We gathered at the same place we have gathered for the last three years, on the road outside the half destroyed Beit Hanoun Agricultural College.  The early arrivals seated on a low stone bench beside a wall on the east side of the road.  Finally, the t shirts arrived, in memory of Vik we had prepared t shirts with his photo for everyone to wear.  People quickly pulled the shirts over their own and we gathered in the road.  Bella Ciao started to play over the megaphone.  Young men with flags and a large photo of Vik led the procession toward the no go zone.  How many times had Vik taken this walk with these people?  We marched into the no go zone, we made our way down the paths that our previous demonstrations had worn through shoulder high thistles.  No one is allowed in the no go zone on pain of death, people are shot for even being close to the no go zone.  Want was once some of the most productive farmland in Gaza, home to large orchards, has been reduced to a giant field of thistles.  The houses that used to do the no go zone have all been ground to dust under the treads of bulldozers.  The ethnic cleansing that gained steam after the massacre of Deir Yassin on April 9, 1948 has never stopped in Palestine; the land we walked on was a land that had been ethnically cleansed. 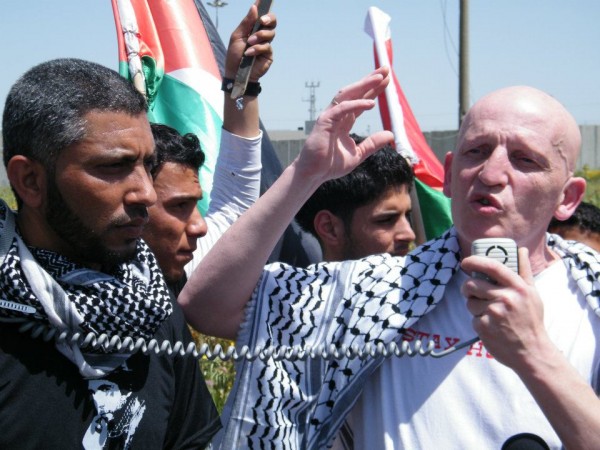 We stopped at the ditch that bisects the no zone.  The flags that we had left on previous demonstrations almost hidden by thistles, the photos Rachel Corrie and Hana Shalabi were gone.  Sabur Zaaneen from the Local Initiative of Beit Hanoun spoke, “From Rome, to Chicago, to Ireland, people remember Vittorio, he is not forgotten and the struggle to which he devoted his life will continue until the occupation disappears.”  When he finished the crowd broke out in chanting, “Vittorio is not dead,” “Vittorio is with the fisherman, Vittorio is with the farmers.”  Rosa, an Italian activist spoke, “Vittorio is still with us, I know this, I feel it even more strongly today, I feel it every time I go out with the fisherman.”  Derrick, an Irish activist spoke, “Vittorio was a giant, and not just in size, when he spoke you had to listen.”  I pray that the world listens, for what Vittorio said again and again is a vital message, the occupation must end, we must have justice, Israeli crimes must not be allowed to continue.  There really isn’t much more to say, every week we gather for this protest, and everything that we say is basically a repeat of that, the occupation must end, we must have justice.  This we say, only this.