The education of common grounds: From al Nakba to Black History Month

Last month we celebrated the 36th annual African American History Month. The origins of this month come from the need to study the major contributions that Black people brought to America.

“The fact is that the so-called history teaching in our schools and colleges is downright propaganda, an effort to praise one race and to decry the other to justify social repression and exploitation”. Sadly, this quote from 1927 is still relevant today.

Carter G. Woodson strived for an accurate representation of Black people in history studies, and Palestinians are fighting for the same rights as well.

The history of Israel is taught in schools, but the events leading up to its creation are missing in most. Palestinian Schools in East Jerusalem have been pressured to change their curriculum to be more Israeli friendly.

“The changes are not random…Israel plans to reeducate our students in Palestinian Jerusalem in a way that Palestinian nationalism is no longer on the agenda”, as explained by Joharah Baker for MITFAH.

Any public institution under Israeli governance that teaches Palestinian Heritage is vulnerable to be attacked by the government. A year ago this month a law (Budget Foundations Law – Amendment 40), was passed to ban commemorating the Nakba Day. Any mention of this day by a public sector would risk losing state funding, which means Palestinian schools that fall under Israeli control must abide by this law. In other words, Palestinian schools will be penalized for instructing students on their history.

Although Israeli Independence day is inseparable to Nakba Day, laws are being created to alter history. The truth is one cannot be taught without the other. The day of catastrophe for the Palestinians marks the day that their land was stolen and the day Israel declared its independence. 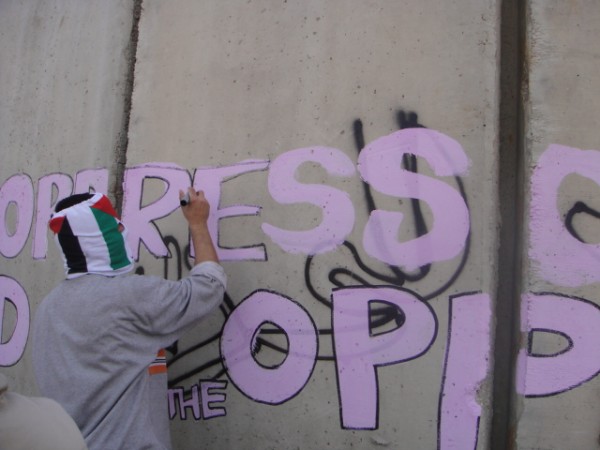 Here is one of Michael Coard’s many examples of the inseparable American history. “Twelve of this country’s presidents enslaved black men, women and children—eight of them while in office. That’s American history, not black history! Enslaved black human beings dug the foundation for the White House”.

Palestinians will definitely continue to educate their children on their backgrounds, especially through the traditional method of storytelling. But, it will take more than that to combat the obstruction of Palestinian history studies.

Sa’id Barghouthi explains the importance of classroom learning. “History classes and history textbooks therefore remain the central and strongest element in the fashioning of identity, and play a crucial role in building collective memory, or, as in our case, erasing it”.

Acknowledgment of Palestinian history will obviously not end the occupation. This is evident in the fact that the acknowledgement of slavery did not end oppression of Black Americans. But, knowledge of the past is essential in understanding today, and hopefully creating a different tomorrow.