On Friday 15th May 2015, hundreds of Palestinians from all over the West Bank traveled to Ni’lin for a mass protest commemorating the 1948 Nakba (‘catastrophe’). The local villagers were joined by a large amount of other Palestinian protesters, as well as Israeli and international solidarity activists. There was a high level of media presence. The Israeli occupation forces responded to the peaceful protesters by firing hundreds of tear gas canisters and an excessive number of rubber coated steel bullets. Roughly 12 people were injured, as well as many suffering from tear gas inhalation. Protesters, as well as journalists, were continuously targeted with rubber coated steel bullets. 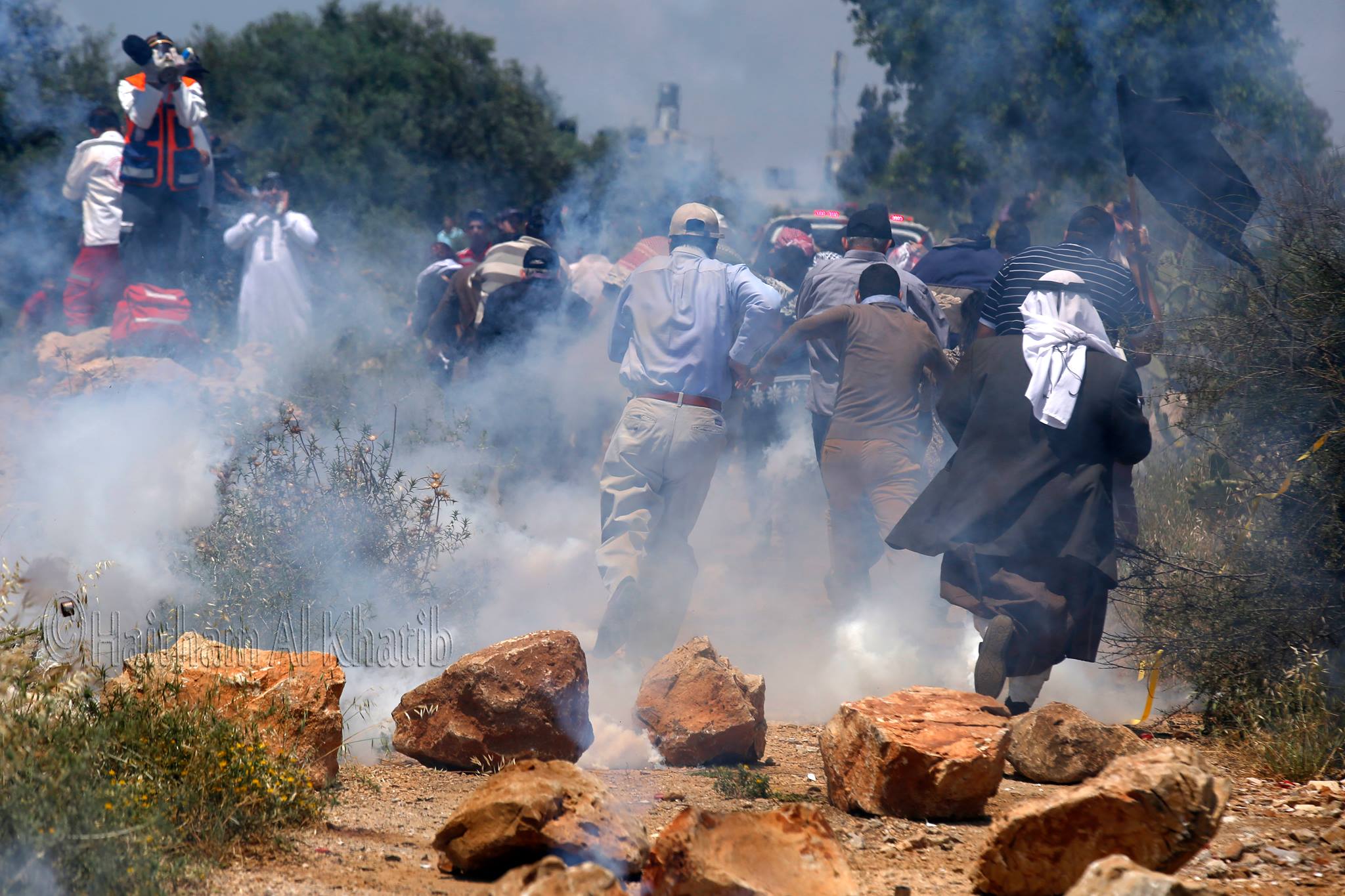 After arriving in Ni’lin, ISM activists joined Palestinian, Israeli and other international protesters to mark the 67th anniversary of the ethnic cleansing of Palestine that started in 1948. The group of roughly 500 people was made up of all ages, including three generations of one local family who have all been active in supporting their community against the Israeli annexation of their land.

The march began after the midday prayer, which took place in the olive groves at the edge of the village, overlooking the segregation wall. Protesters marched towards the wall chanting loudly and waving Palestine and Nakba Day flags. The completely peaceful march was soon halted by Israeli forces who fired tens of tear gas canisters over the entire group using the ‘venom’ (a machine that can shoot 30 canisters at once). The group was forced to disperse but continued to chant and attempted to reach the wall. The occupation forces responded by continuously firing tear gas over the olive groves, reaching hundreds of canisters. The heat from the metal canisters set the dry grass a light, which quickly spread around the olive trees. 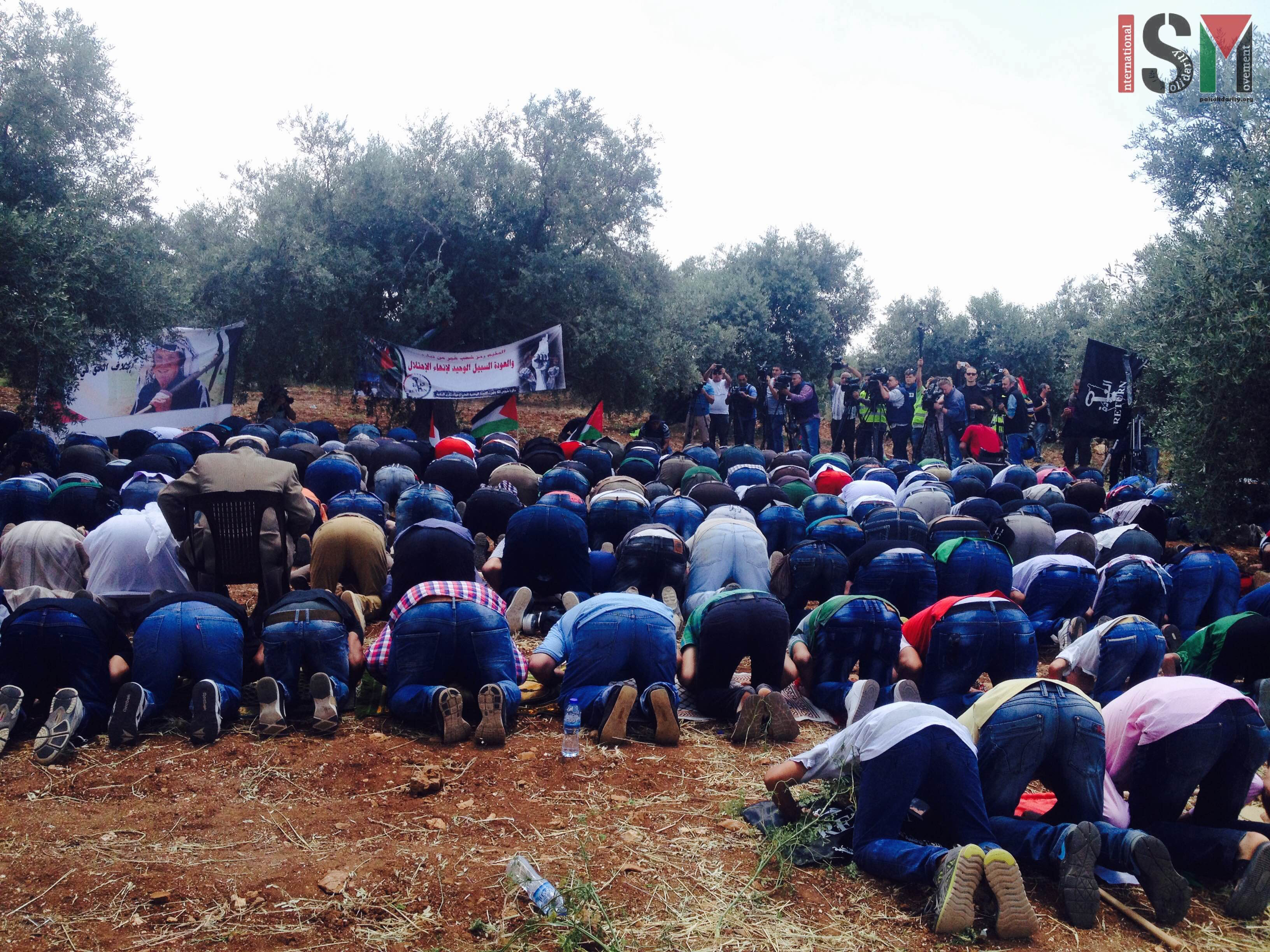 For local Palestinians, marching towards the wall is a symbolic protest against the annexation of their land. Construction of the wall began in 2008 and cut off Ni’lin residents from a large portion of their agricultural land. However, protesters have previously faced extreme violence from the Israeli forces resulting in serious injuries and death. The death of a 9 year old child from Ni’lin being one of the most brutal outcomes of Israeli violence towards the local villagers.

The protest continued for three hours in which time tear gas and rubber coated steel bullets were continuously fired at protesters. One journalist was shot in the shoulder, a young Palestinian was shot in the arm, and many more were carried away and treated for excessive tear gas inhalation by the Red Crescent first aiders.