Attacks took place simultaneously in multiple locations between 22:00 and 24:00 on the night of August 8, near the illegal settlements of Ofra, Efrat, Howara and Kiryat Arba, suggesting the attacks were coordinated.

An elderly Palestinian man, who was attacked by settlers throwing rocks at Howara checkpoint near Nablus, said he “would have been killed” if he had stopped driving. He was treated for wounds on his shoulder and neck.

Settlers smashed the windows of Palestinians’ cars near the illegal settlement of Kiryat Arba, the same place where just last month soldiers dragged a Palestinian family, including a 1-year-old baby, out of their car and beat them. ISMers saw Israeli soldiers protecting settlers in Kiryat Arba last night as they vandalized Palestinian property. 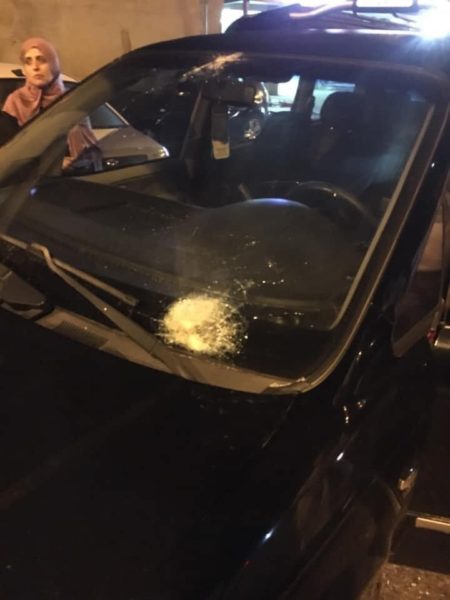 Car vandalized by settlers in Hebron 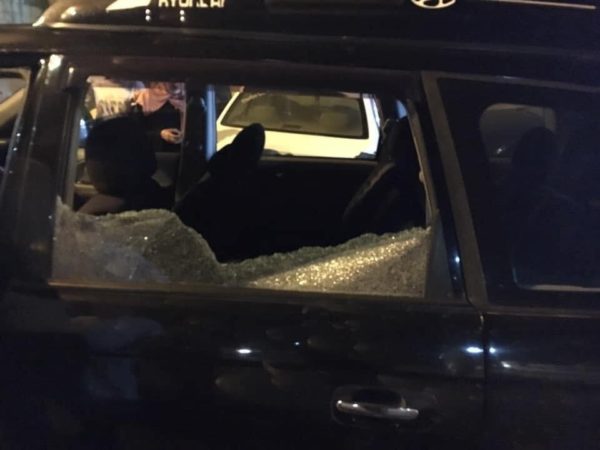 Car vandalized by settlers in Hebron

The attacks continued today with settlers burning feed and hay bales in a village in the South Hebron Hills. Activist group Good Shepherd Collective said: “Israeli settlers burnt the animal feed and hay bales of Khaled A’mour in Adirate village in the South Hebron Hills, spray painting “Revenge” in Hebrew to make it a clear sign who was responsible. These price-tag acts of violence are routine, particularly during the election cycles where right-wing political parties are vying for the extremist support often stoke the flames.”

The latest round of violence follows the death of a settler soldier, Dvir Sorek, outside Kibbutz Migdal Oz near Bethlehem. Israeli media immediately blamed Palestinians for the killing, despite police confirming that they currently have no information on the perpetrators or motives. Shin Bet and the Israeli military have begun conducting raids across the West Bank, and establishing new checkpoints.

Earlier yesterday, hundreds of occupation forces raided the village of Beit Fajar and the Al Jalazone refugee camp as part of the massive manhunt to find those responsible for the settler’s death.

The Israeli far-right has called for settlement expansion in retaliation. Knesset Speaker Yuli Edelstein, from Primer Minister Benjamin Netanyahu’s Likud party, declared that Israel’s “response” to the killing must be to “apply sovereignty on [annex] the settlements, starting with Gush Etzion.” Gush Etzion, a cluster of 18 settlements illegal by international law, is the region where Dvir Sorek’s body was found.

The international media’s widespread reporting of the death of the settler soldier and Israeli government’s swift and harsh reaction comes in stark contrast to their silence on the deaths of Palestinian civilians. This year Israeli Occupation Forces killed 87 Palestinians (19 children), none of which made international headlines. Less than 4 weeks ago, 7 year old Tariq Zebania was killed by an Israeli settler vehicle while riding his bicycle near his village, west of Hebron. Local media reported that there was no police investigation, and no arrests were made.