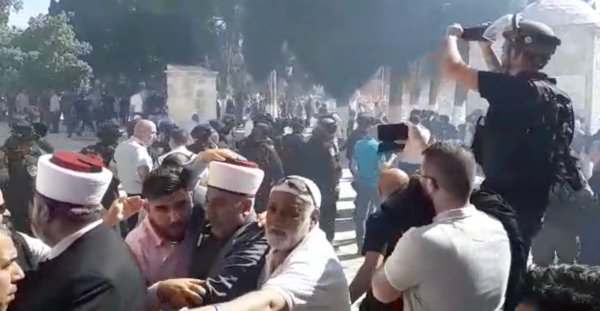 61 Palestinians were injured and 15 hospitalised when soldiers and police let loose on tens of thousands of Muslims celebrating the first day of Eid al-Adha.

Just minutes after the morning prayer, the peaceful scene descended into chaos as men and women were beaten by riot police and children ran screaming from tear gas and sound grenades.

A Palestinian from East Jerusalem who witnessed the violence told ISM that he saw an elderly man hit by soldiers, and three other men beaten and covered in blood before being arrested.

The Red Crescent reported that one man suffered a broken jaw while others were treated for rubber-coated steel bullet wounds and burns from exploding sound grenades. ISmers also saw two men arrested inside the Lion’s gate. 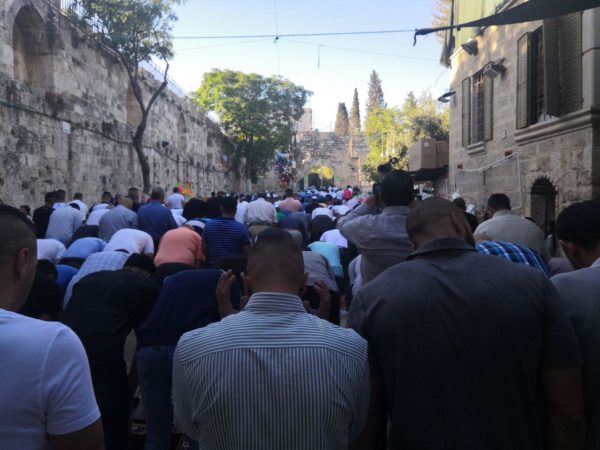 After many Palestinians fled from the compound, 1,700 settlers in total were given permission to enter – the second time this year during a Muslim holiday. They were escorted by heavily armed soldiers in smaller groups of 100-200. The ultra-nationalists claimed to be seeking entry to commemorate Tisha B’Av, a Jewish holiday, which coincided this year with Eid al-Adha.

However Palestinians believe that the invasion was entirely politically motivated. “It’s a political issue and nothing to do with religion,” the East Jerusalem resident told ISM. “They want to show who has the power, who are the ones in charge. Don’t forget, it’s election time and these fanatics are very important to win over for the Israeli government.”

Hundreds of settlers were waiting by the Dung Gate entrance of the compound near the Western Wall from around 8am, chanting over the bangs of sound grenades exploding inside.

The number of settlers permitted to enter was 17% more than on Tisha B’Av last year when the Jewish holiday did not coincide with Eid al-Adha. 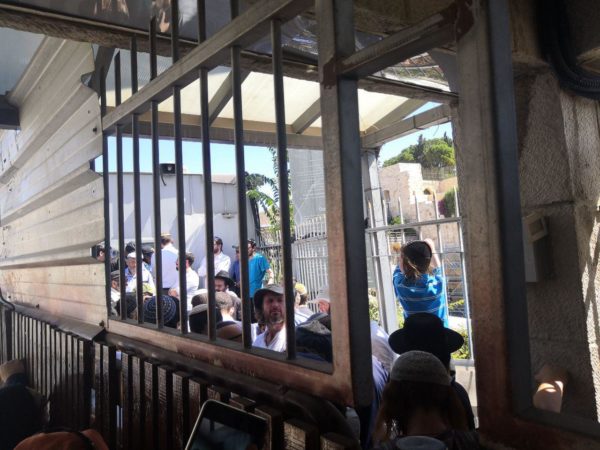 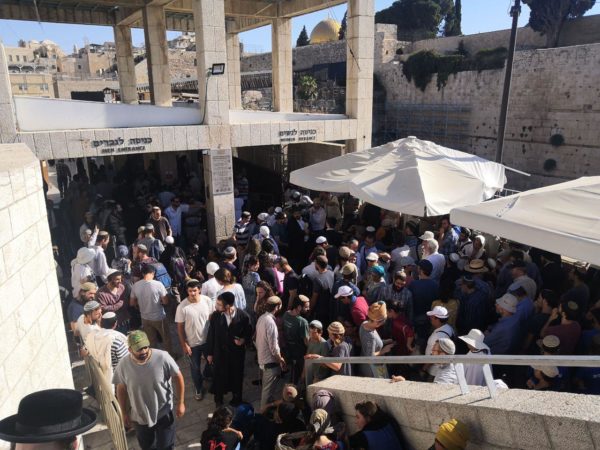 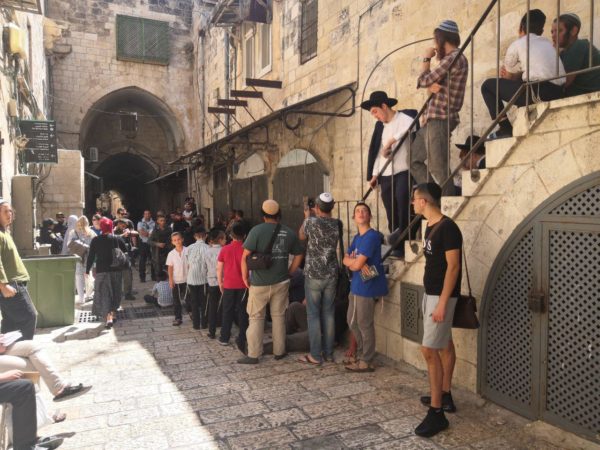 They continued their provocations for the rest of the day, trying repeatedly to enter the Al-Aqsa compound through different gates. As late at 8.30pm, ISMers saw the fanatics holding a ceremony by the Lion’s Gate entrance to Al-Aqsa. A local told ISM that this display has never happened before. “There’s no limits, no limits to what they are doing today,” he said.

The extremist groups had released a call out earlier this week to raid the compound on Sunday.

In an attempt to prevent the settler invasion the Muslim Waqf – the authority that controls the compound – had delayed the prayer by an hour and encouraged worshippers to stay in Al-Aqsa afterwards to deter the Israeli government giving them the green light. 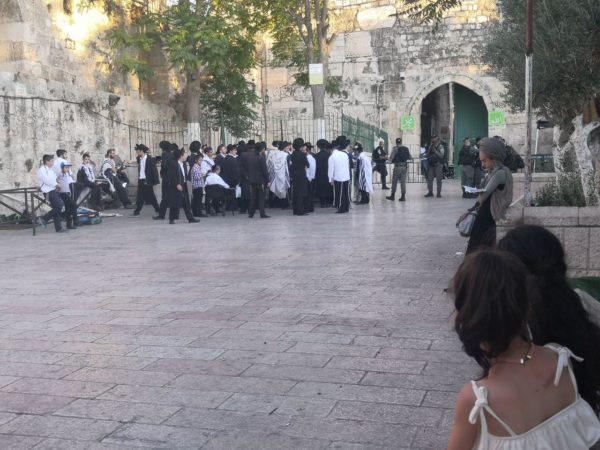 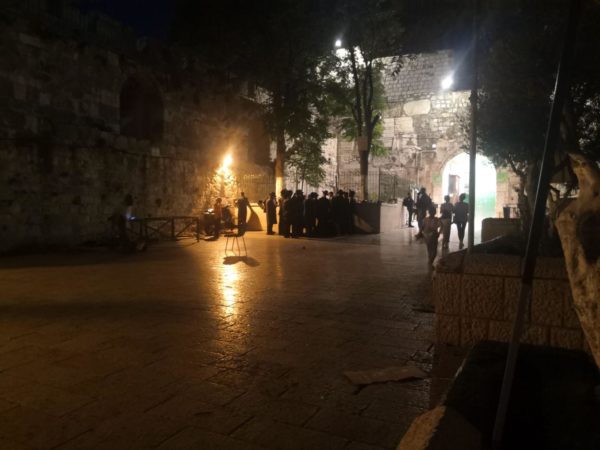 But after thousands of Palestinians fled the compound the numbers inside were low enough to be deemed ‘safe’ for settlers to enter.

Muslims were also prevented from re-entering the site for around two hours after.

A Palestinian woman sat crying at the Lion’s Gate after being refused entry and a man was briefly detained and searched. Another woman who was also denied entry and aggressively pushed back by soldiers when she tried to pass said: “I am a Muslim. I am outside. There are Israelis inside. Inside my Al-Aqsa.”

Worshippers were eventually allowed back in to the compound after being forced to wait for hours while settlers roamed free inside.

For the past 10 years, Israel has been making steps to control the holy site, allowing more and more ultra-nationalist Jews to enter.

A movement in Israel’s far right is behind this push for more access to the compound. They are also seeking permission which would allow Jews to pray at the site which is currently forbidden.