New
Home / Features / Inheriting resistance in the South Hebron Hills: “I am my father’s daughter, if he can do this, so can I… and more” 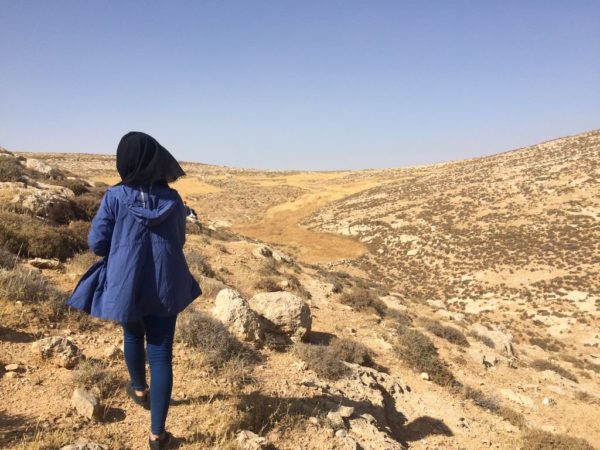 “My life is occupation … all the time you have to be ready for the bad, and the most bad you can imagine,” Sameeha Huraini tells me, as she explains the reality of day-to-day life in the South Hebron Hills.

She is just 20-years-old but Sameeha has already experienced and witnessed more brutality than most people in their entire lifetime. When she was just a child, she saw her father beaten close to death by occupation forces during a peaceful protest against the construction of the apartheid wall. Her grandmother, who was 70 at the time, leapt to protect her son but was shoved to the ground by soldiers, smashing her fragile head against a rock. The impact caused her to lose sight in one eye and hearing in one ear. But this experience didn’t scare Sameeha from following in her father and grandmother’s footsteps. In fact this traumatic childhood memory has strengthened her will to fight the occupation.

“From there we really learnt the resistance, and how to fight for our rights and not to give up. I am my father’s daughter, if he can be in this situation, so can I… and more.” 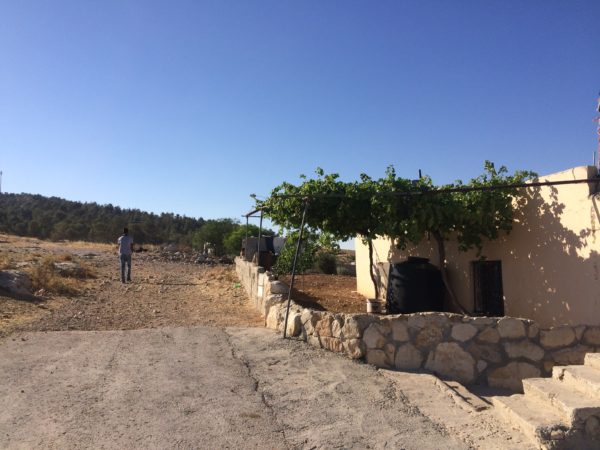 The tree-topped settlement of Havat Ma’on looms in the distance behind a house in At-Tuwani that faces constant attacks from the settlers.

Sameeha is from At-Tuwani, a small farming village (shown in video below) of around 350 people, located in the South Hebron Hills. She is one of many youth activists in the village who have taken up their parent’s mantle in fighting against Israel’s unrelenting attempts to steal Palestinian land in the region. These attempts come in many forms, from expanding and protecting violent settler communities to preventing Palestinians accessing water and electricity. This constant onslaught is strategically carried out to make life unbearable for the people of At-Tuwani and its surrounding villages in the hope that they will leave.

“But they don’t understand,” Sameeha says. “Our connection is not with the life, it’s with the land.”

For the past two years, she has been involved with Youth of Sumud, an activist group with over 50 members, 15 of those girls, and all under the age of 25. They are constantly on call, responding to attacks from settlers, soldier harassment of shepherds and house demolitions. At the scene, they document the incident, and share it on their social media ensuring that Israel’s crimes do not go unheard. It’s dangerous work – every male member of the group has been arrested at least once. 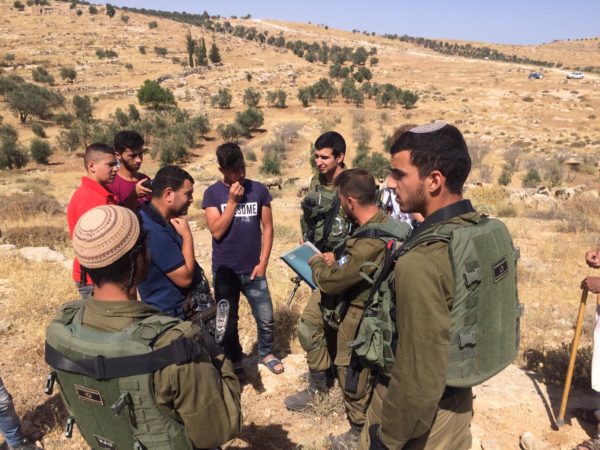 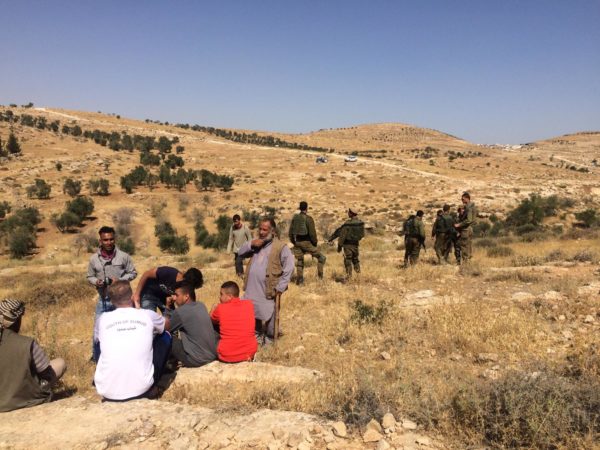 Sameeha tells me about a time when she was planting olive trees with other Youth of Sumud activists. Israeli soldiers tried to stop them and attacked their friend who has a mental disability. Sameeha and her friends tried to prevent the soldiers beating him, but were then given arrest warrants themselves.

As well as taking part in these actions, she notes that simply going about her day-to-day life is a form of resistance. ‘It’s non-violent resistance,’ she explains. “The occupation is in every detail of our lives. Just planting trees, visiting friends in another village, for me it’s my daily life, what’s your problem with that?”

Alongside her activism work the 20 year old studies English at university, giving her the tools to spread the stories of At-Tuwani, the occupation and the South Hebron Hills across the globe.

Her village has a long history of resistance, one where women have played a crucial role. Sameeha grew up watching her mother and friend’s mothers help to build the town’s school. Building at that time was forbidden in At-Tuwani without a permit from the Israeli Civil Administration and these permits are rarely if ever given to Palestinians. The whole community worked together to make the school a reality, with the women taking over from the men in the field during the day so their husbands and sons could build the school under the cover of night to evade detection by soldiers. 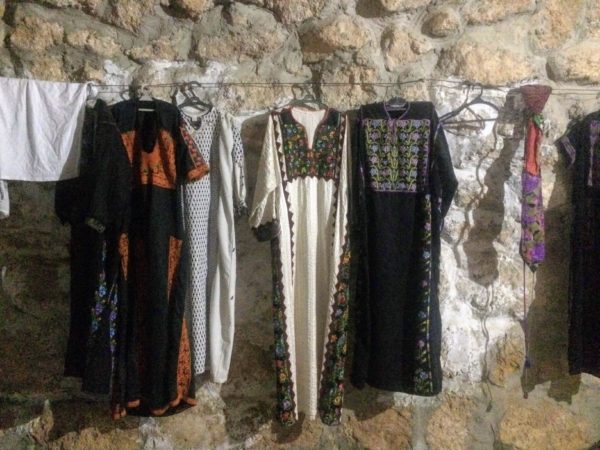 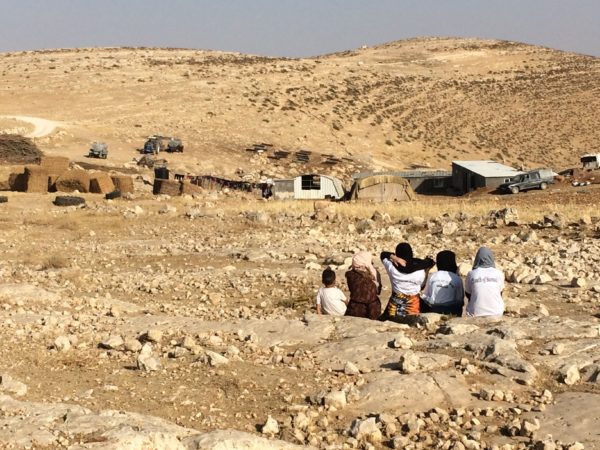 Sameeha is incredibly proud of the women’s role in fighting the occupation.

“They have this big history of resistance,” she tells ISM. “If you go back in At-Tuwani history you will find that’s the reason why At-Tuwani is like that now. They succeed to have a village in this new age, to build the school and build a clinic – that will learn and educate. They don’t want their sons and daughters to have the same life they had. They had a hard life in At-Tuwani without water and electricity and roads. They decide for us, for me, to make the life for them more easy to keep going.”

At protests, women often form the front line, creating a protective barrier against the soldiers who are more reluctant to arrest or act violently towards them. However this is not always the case, as Sameeha’s traumatic childhood memory of her grandmother painfully shows.

Part of her work with Youth of Sumud is to empower other girls and young women to join the resistance.

“I want the women of the South Hebron Hills to be more activist, to be more open about their rights. I want them to take part in the non-violent resistance.”

To do this, she visits girls in other villages, sits with them and explains the importance of uniting together as a community, men and women, to fight the occupation.

“What if there were no international people to help you when soldiers come to your house and arrest your father,” she tells me, explaining how she empowers her friends. “You are young, you are smart, you study, and you can use the cameras and you have to help yourselves, help your family, help your village.”

She uses herself as an example: “I am a young girl and I am studying and also dealing with my activism in the group so you can do that.

“We are the heart of the community, if we don’t work hand-by-hand, we will fall.”