Every Saturday, illegal Jewish settlers from around the West Bank take a “tour” of the busy souq (market) in Old City of Hebron, the busiest market street in the area since the closure of Shuhada Street. Local Palestinians believe that the Israeli authorities facilitate the tour as a deliberate method of intimidation, making life intolerable and unsustainable for them in order to prompt displacement.

On the tour, current and prospective settlers are given a skewed history of Hebron which disregards and contradicts the documented history of peaceful coexistence between Arabs and Jews in the city before 1948. Instead, it identifies the land’s heritage as solely Jewish. As shown, the settlers are escorted by numerous Israeli soldiers and Border Police officers, who randomly detain Palestinians for ID checks and prevent free movement in the souq during the duration of the tour.

Military and police can also be seen on the rooftops of Palestinian homes, many of which are now empty as a result of forced evictions for surveillance purposes. Palestinians living in the Old City are under constant threat of home invasions by the Israeli military and Jewish settlers, further contributing to displacement and the theft of Palestinian property. 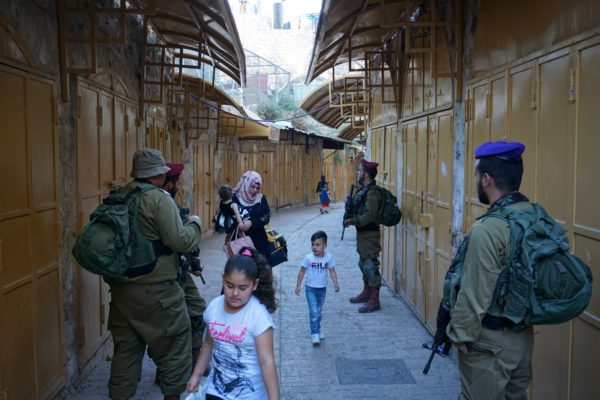 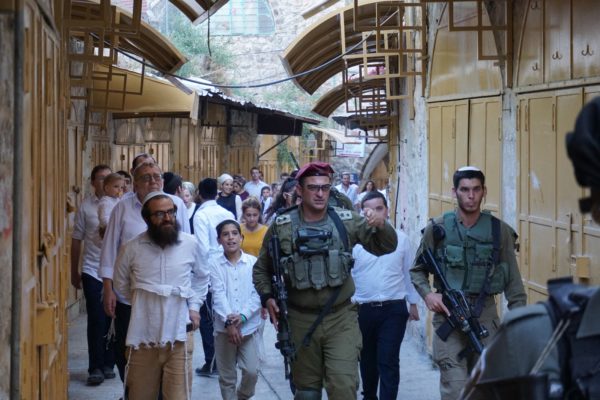 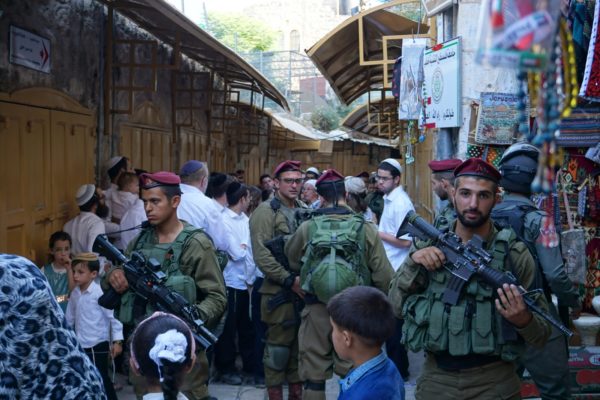 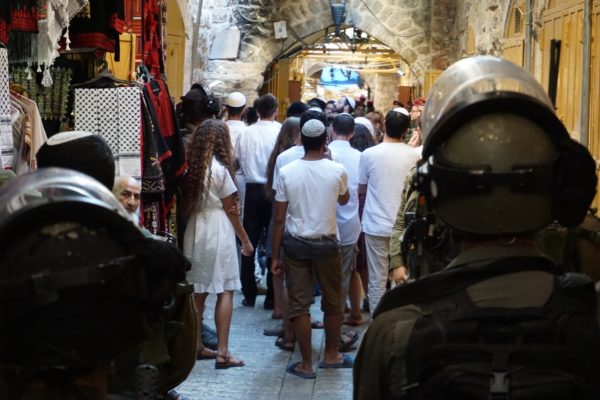 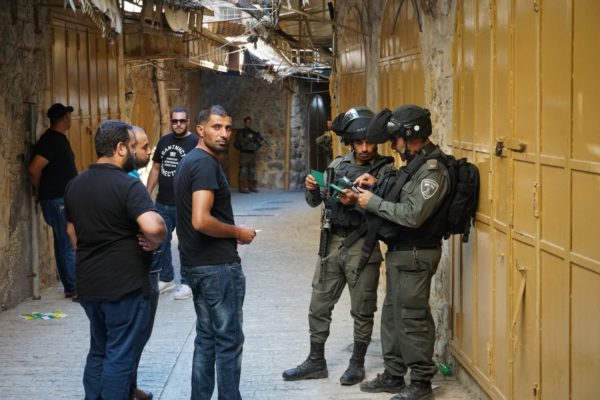 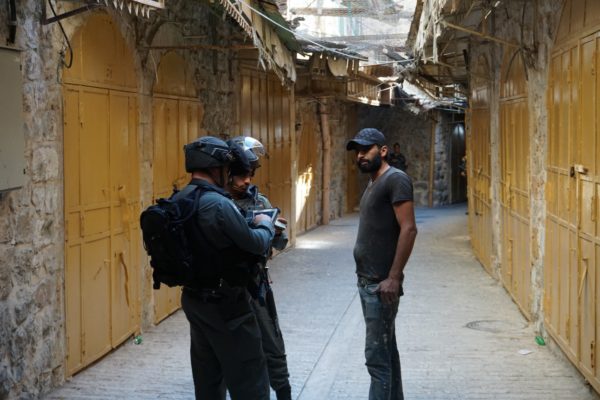 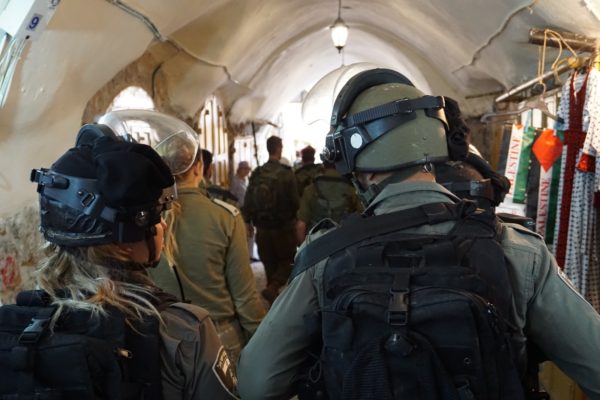 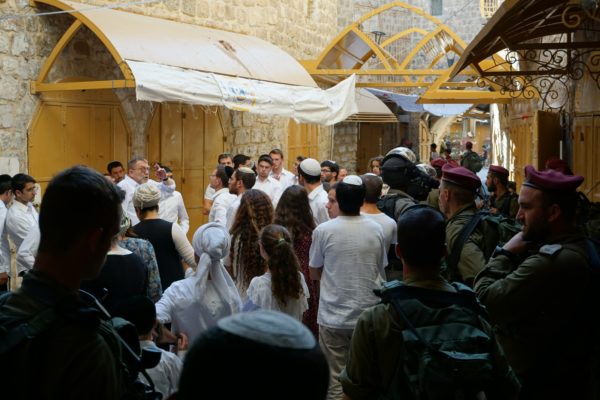 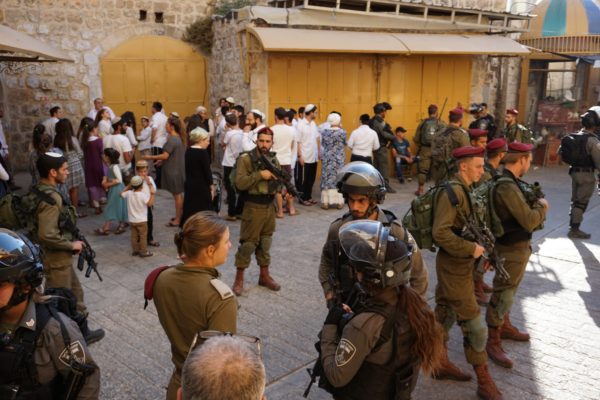 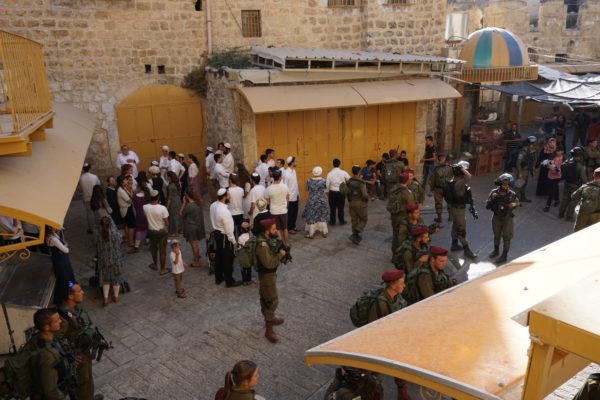 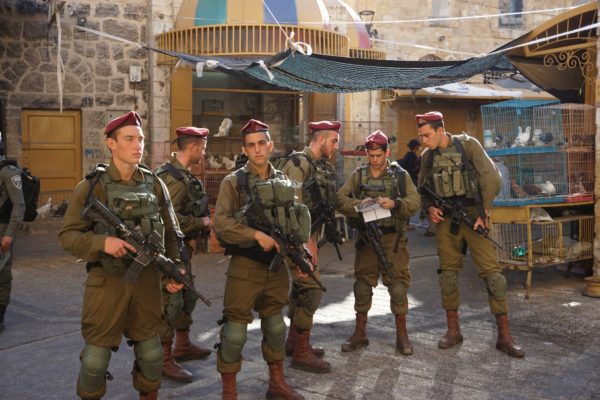 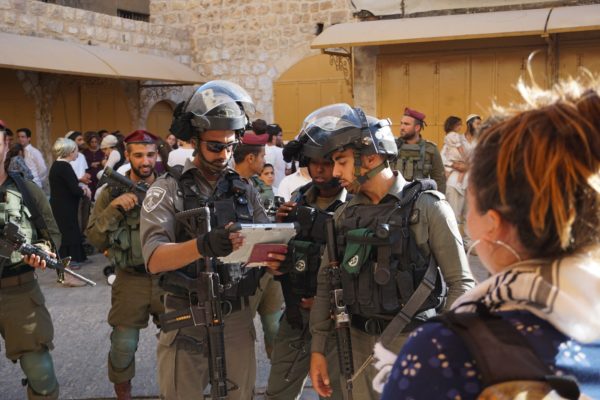 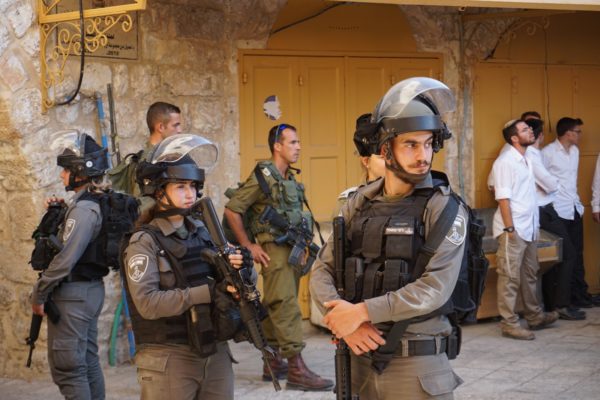 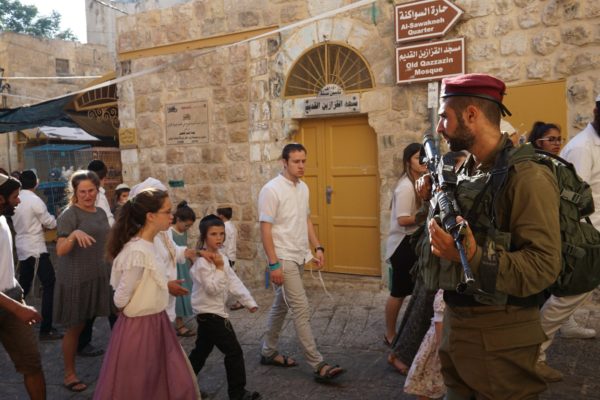 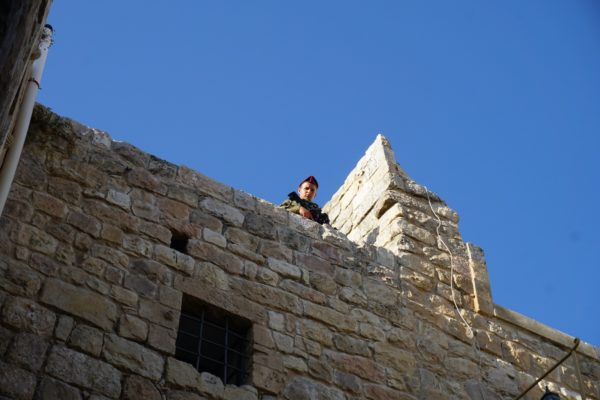 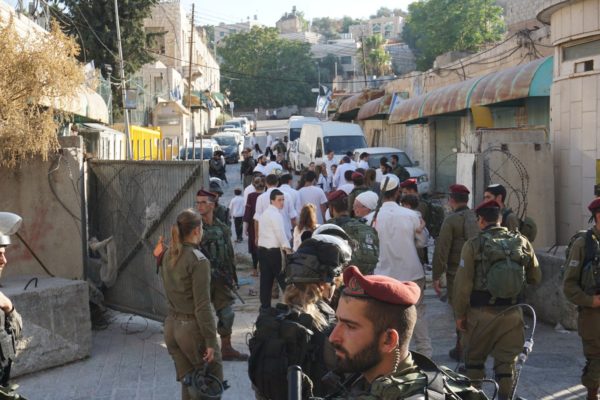 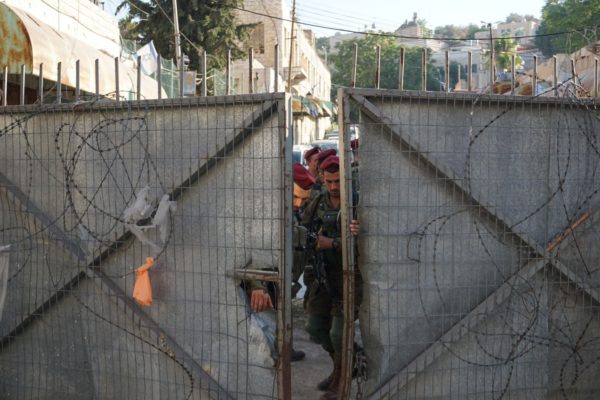 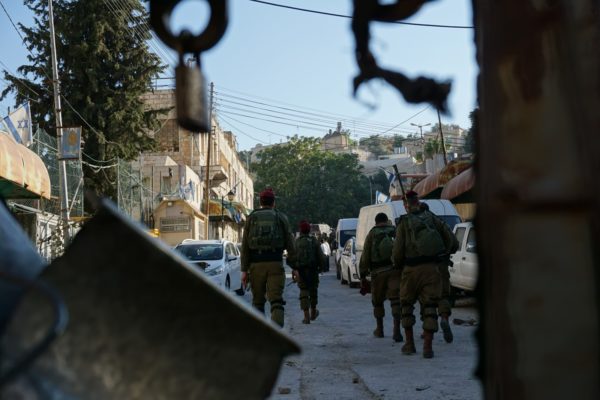