Settlers call the shots in Al-Khalil 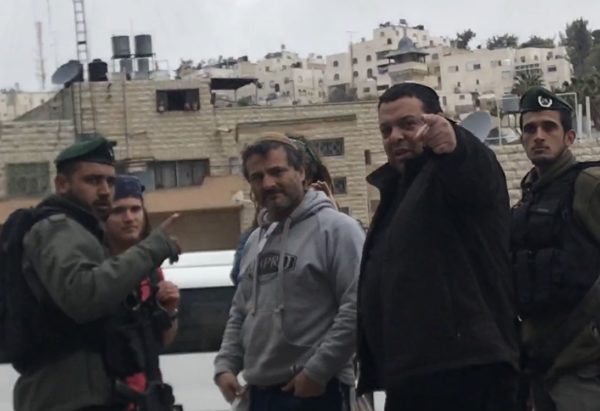 Last week, a notoriously violent and antagonistic Israeli settler Ofer, who calls for the extermination of Palestinians, had me arrested and detained by the Israeli police, and if I was Palestinian, I could have been killed. Furthermore, this was another incident demonstrating the concerning and increasing trend of collaboration between settlers and the Israeli Occupation, as they attempt to force the remaining witnesses out of Al-Khalil (Hebron).

Twenty-five years ago on this day, Baruch Goldstein, a New York-born Israeli settler – who Ofer worships and refers to as “the Holy Saint” – walked into Ibrahim Mosque in Al-Khalil and opened fire, killing 29 Palestinians and seriously wounding more than 150. The “official” response to this attack was an injection of international observers throughout the city – UN group Temporary International Presence in Hebron (TIPH) – with the belief that this presence would dissuade the settlers from unleashing further terror on the native Palestinian community. In effect, what transpired was little more than a speed bump as the settlers continued their crusade, albeit gradually, as they attempted to colonise Al-Khalil and erase the Palestinian soul from the city. Today Goldstein is memorialized in his settlement of Kiryat Arba, home to Ofer, where his revolting shrine is well tended and revered.

At the start of February, the Israeli Occupation expelled the UN observers, and, while I acknowledge the multitude of valid criticisms concerning the work of TIPH, what the Occupation and their fanatical foot-soldiers are scheming is gravely concerning. The Palestinians fear that the international expulsion is yet another stage in the planned ethnic cleansing of Al-Khalil. I joined up with a team of local and international activists who mobilised to maintain a presence throughout the city and fill the observational void. The settlers though – galvanised by their recent victory – have shifted gear, intensifying intimidation tactics from daily harassment and aggravation to sticking up “wanted” posters of activists around the city and death threats, hoping to force the remaining witnesses out of Al-Khalil. 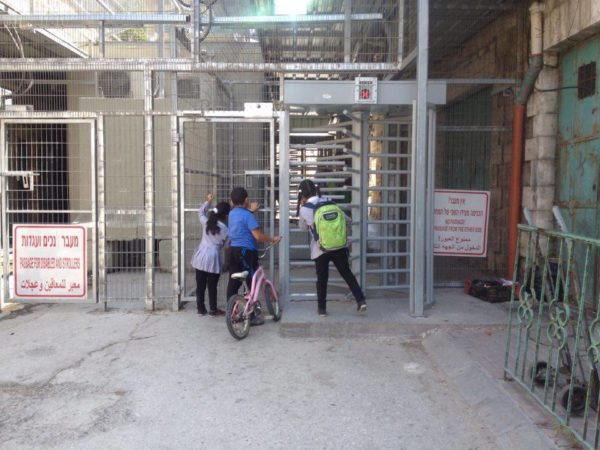 A few days ago, while monitoring a checkpoint on Shuhada Street as Palestinian children passed through on their way to school, Ofer – who harasses us on a daily basis – tried a new tactic to get us expelled from the city. This settler – a man who has called for the extermination of Palestinians, who locals know as a murderer, who yelled “the dog is still alive, somebody do something” right before the extrajudicial execution of Abed al Fatah a-Sharif, who unnervingly shoves his handgun into his belt as he gets out of his car – told the police that I had attacked him, resulting in my subsequent arrest and detainment. For a privileged foreigner, this meant a strange (no typical blindfolding) sort-of kidnapping, where I was awkwardly bundled into the back of an Armoured Personnel Carrier and taken to the military compound for investigation. Had I been Palestinian though, this accusation could have had me killed – as has been the case many times before. It’s what locals describe as the Israeli policy of: “Shoot first and throw a knife beside the lifeless body later”. The Israeli army, the so-called “Most Moral Army in the World”, in typical doublespeak dialogue legally permits soldiers to respond with lethal force against children (“terrorists”) throwing stones. That bestows honorifics, as was the “Terminator,” a member of a military unit who shot dead three alleged Palestinian assailants in the space of nine days.

When I was arrested – although demonstrating early in the proceedings that I wasn’t actually in Khalil on the day of the alleged attack – I was subject to hours of interrogation of which little had to do with the accusations. Nevertheless – as I’m sure is the case for most foreigners who know they didn’t “do it” – I sat there confidently, assured of my entitlement to justice, with a lawyer and embassy at my beckoning. As I indignantly said “no comment”, I thought of a 15-year-old Palestinian boy I’d met a few weeks previously who had just been released from prison, after serving three years for allegedly “planning” an attack on the way home from school, while I was accused of actually attacking a settler. The “evidence” for that boy was an extracted confession after 14 hours of interrogation and a dubious photo of a knife. 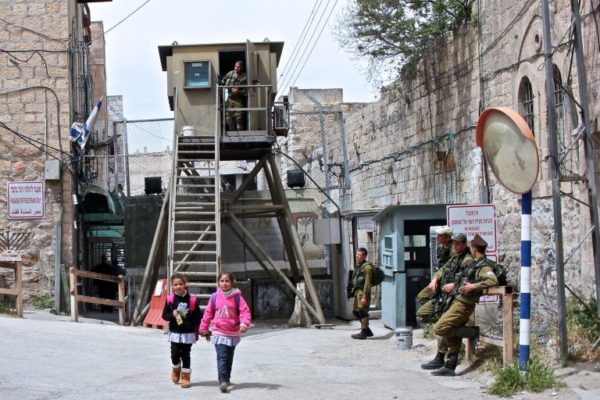 Currently, there are almost 500 Palestinians being held in administrative detention without trial or charge – a period that can last up to six months and be renewed by the military. The Israeli Occupation routinely uses administrative detention and has, over the years, placed thousands of Palestinians behind bars for periods ranging from several months to several years without charging them, without telling them what they are accused of and without disclosing the alleged evidence to them or to their lawyers.

For me, eventually after my DNA samples were taken, I was informed of my exclusion order that prevents me from entering the southern half of the West Bank – effectively deported from Al-Khalil. My royal treatment culminated in being  allowed to “remove” myself from the city to collect my things. Less can be said for more than 1500 Palestinians deported between ‘67 and ‘92, many simply kidnapped, escorted and thrown over the border into Jordan, in total disregard of proper administration and due process. Scornfully, the officer wished me luck trying to ever get back into “Israel”. Had I thought of it in the moment I would have replied that, like the five million Palestinian refugees who are illegally denied the right of return, I’ll be back when Palestine is liberated. 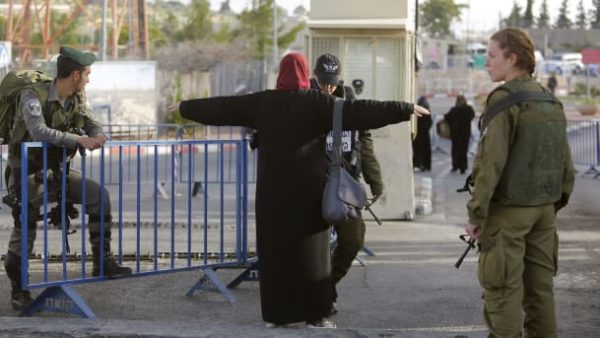 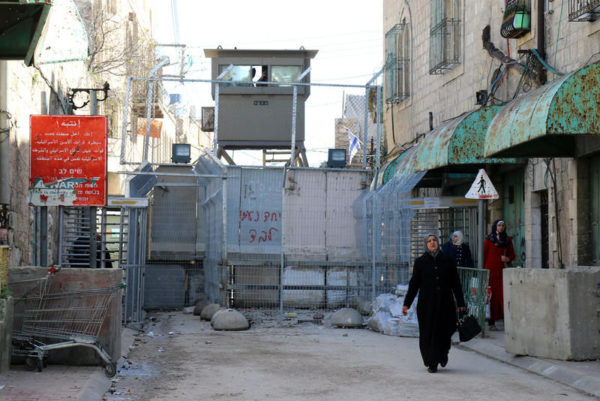