“This is the line,” Oussam Khalifa Ahmad illustrates as he takes us on a tour of his threatened land. “We are now passing into (Area) C.” Depending on where you look, some of the land has already been stolen. We can only observe for a limited amount of time. If we stay too long, we’re told that we will be attacked by the settlers, who’s housing we can see not far above us. 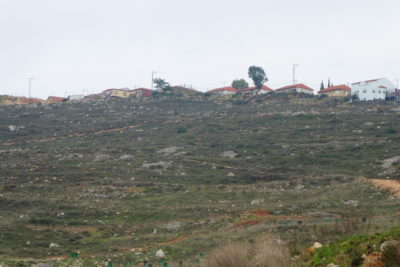 For Palestinian landowners like Oussam, the Oslo Accords which solidified the cantonization of the West Bank, were a disaster. Tacit support or ambivalence for the Oslo peace process may be found in the urban regions, but not one villager looks kindly on the so-called agreement today. There is nothing surprising about his circumstance. His land is under threat by the Israeli courts, despite him having the proper documents. He also experiences frequent trespassing by nearby settlers who act with impunity. Oussam points up at his olive trees, burned from last Summer, to clarify exactly what that means. 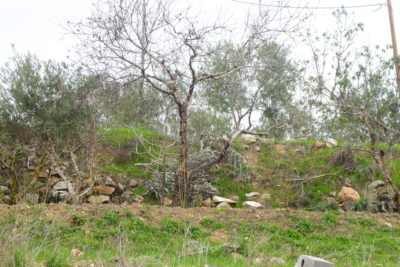 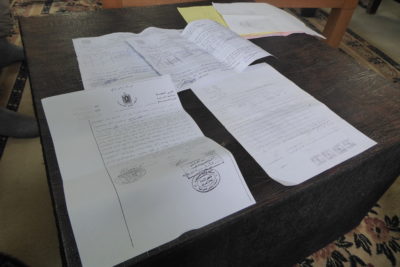 This true story is one in thousands in the West Bank. We could talk about the road the villagers attempted to pave down to the main highway, construction now stalled by the Israeli government. 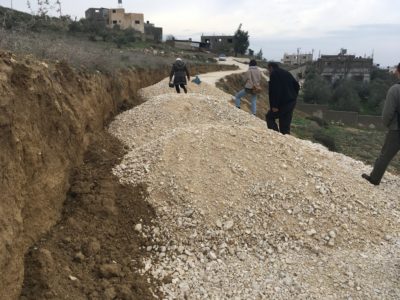 We could illustrate the intimidating settlements overlooking the entire village, only a half a kilometer up the hill. Or, the monthly attacks by armed settlers, the hateful graffiti, destruction of property, bodily injuries to the villagers; Israeli soldiers aiding in all of it, firing on those who would dare protect their neighbors from harm, or their property from damage. 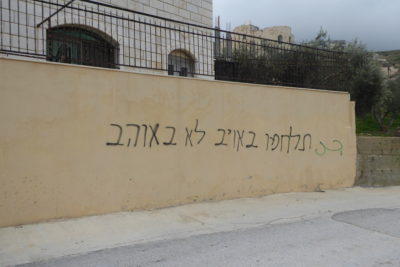 Graffiti in Hebrew on a wall in Asira Al Qibliya

We could talk about the direct theft of this village’s water, a common theme across the aqua-heavy West Bank. The spectacle of Israel’s control of the West Bank’s water is exhibited by allotted tanks, sitting on top of each Palestinian household, or business, throughout the occupied land. Let’s talk about the spring of water that was taken in the latest land-grab, candidly aided by the US government. We are taken to a water tank by Hakima, another villager and local landowner. The water tank is guarded by perimeters made of metal and stone, with a manned watchtower a few meters ahead. 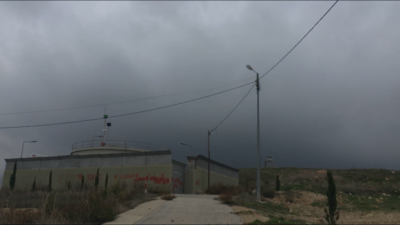 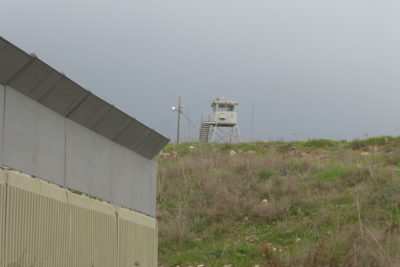 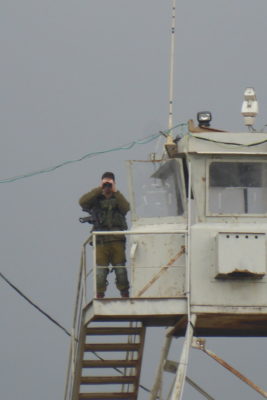 Inside one can see the “USAID” sign. “This project is a gift from the American people to the Palestinian people…” 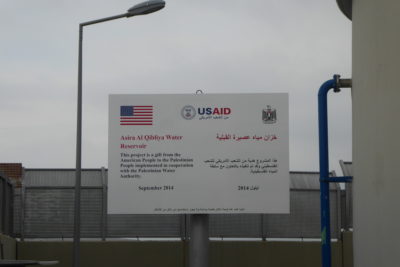 Last year the US government launched a “$10 million dollar project” to “improve access” to water for Palestinians. However, Hakima tells us that USAID projects such as these have a rather different effect when it comes to “improving access” to water. For example, Asira Al Qibliya received their USAID “gift” four years ago. “There was no (water tank)  here four years ago,” she says, “then the USAID brought the water project here for us and built all this. Now the Israelis say they need ‘security area’ for the settlement.” She says that in addition to the US taking many more hectares of land- much of which were her own- to build this reservoir, it has enabled the settlements to expand even more. Hakima recalls that they were much better off when they used their own natural spring, which ran down to the village. Now, due to the spring’s redirection of water for settler use, the well has been dry for five years, which gave them no choice but to rely on the USAID water tower. 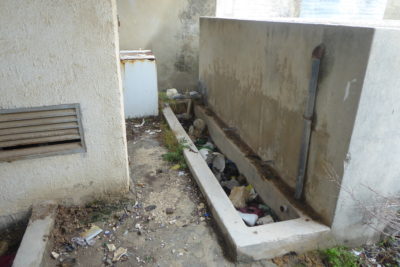 The village well is now empty

Palestinians may hear this question from many international journalists and activists from the outside- “what reason did they give for taking your land? Why did the settlers attack? Was it in response to..? Is there any legal reason they..?” Colonial governments tend to have pretexts for stealing land, or killing native populations, so the “why” turns into a triviality by default.

The name of this village is Asira Al Qibliya. The village is home to internationally infamous settler attacks. The names of the surrounding villages are Burin, Madama, Urif, Ana Bus, and Uara. They all have similar stories, and so do each of the 30,000 residents comprising of those villages.

This situation is nothing new, however one may wonder exactly how many more dunhams Israel can take before there is nothing left. Or, considering the well-documented discriminatory practices of water usage between Palestinians and settlers, how long before massive drought sweeps the Palestinian natives? How many more homes can be destroyed until most of the population is rendered homeless? If it’s hard to imagine a tipping point for the West Bank, one need only to look at Gaza, which the UN and NGOs alike say will be unlivable in about a year. One should not make any mistake, the occupation of the Palestinian territories is genocide.