This is a call for all those who believe in justice, equality and freedom to come to Palestine and support the Palestinian struggle for liberation. 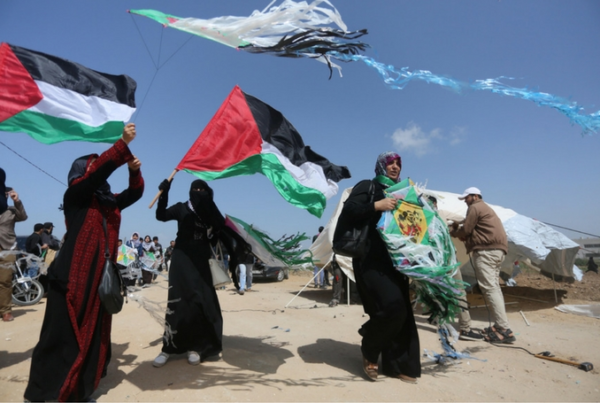 Palestinian women flying kites at The Great March of Return in Gaza (Mohammed Asad, via Mondoweiss)

The International Solidarity Movement is looking for volunteers from now until the end of August to join the Summer of Return campaign. Volunteers will assist actions across Palestine that raise global awareness of the Great March of Return, large-scale popular protests in Gaza, consisting of thousands of demonstrators each Friday demanding to implement their right to return to their land and homes. While the brutal siege of Gaza has transformed the strip into an open air prison camp, it is almost impossible to enter the isolated strip. However solidarity actions with the Great March of Return are taking place across Palestine. Volunteers will support nonviolent actions of popular resistance against Israeli occupation and apartheid. Human rights defenders will also offer accompaniment to Palestinians and their communities who face daily harassment, risk of physical violence and arrest by occupation forces and settlers. 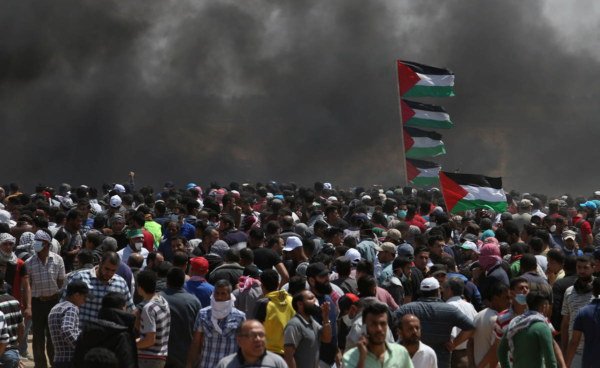 Since the start of the Marches, at least 135 unarmed protesters have been shot dead and more than 14,000 wounded by Israeli forces (UNOCHA), including children, medical staff, journalists, and the disabled. Gaza’s health system has been pushed to the brink of collapse, as hospitals struggle to handle an influx of serious and life-threatening injuries. Palestinians under siege in Gaza are marching home to the villages and cities from which they were expelled. They are marching out of the concentration camp that Israel has transformed Gaza into. They are marching to claim the international human right of refugees to return. Because of this, the Israeli occupying forces are murdering them in cold blood. The courage and sacrifice of this March demands all to stand up and end Israeli impunity and apartheid.. 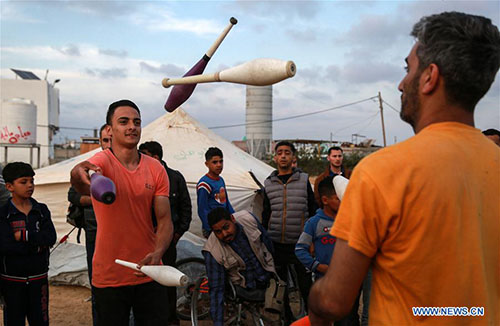 Palestinian youth play during the mass rally on April 11, 2018 (Xinhua/Stringer) 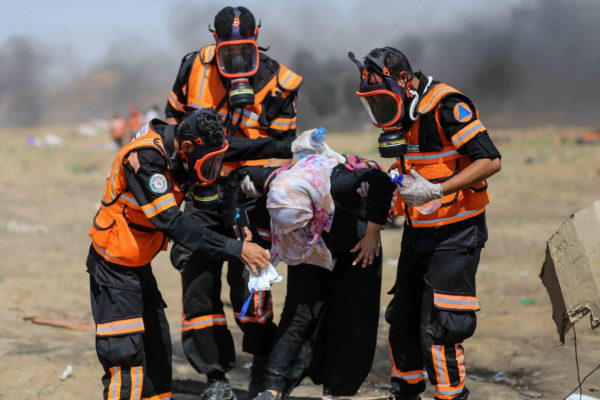 For background on the Great March of Return see here.