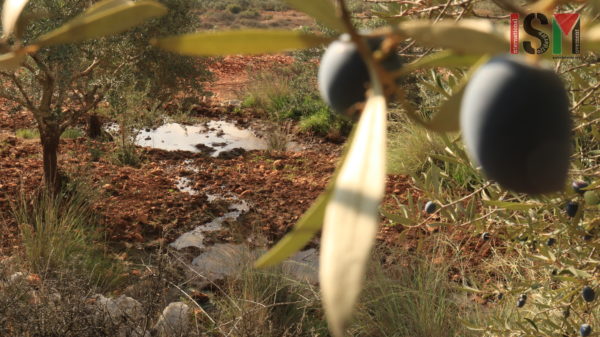 The picture might look beautiful, but the water badly smells of sewage water.

The farmers in South Bruqin have had to face the difficulties living next to, and having land stolen by, the illegal settlement of Bruchin since 2000. The last eastern expansion of the settlement led not only to a new settler road cutting through the Palestinians olive grove, but also a river of sewage water running through the hills. The Abu Skandar Samara family has been farming the soil in Bruqin for generations. ISM activists met a few of the family members sharing the field, and were shown a story of sabotage, land theft, and violence.

A small stream of sewage water – one that, needless to say, carries an awful smell with it – begins at the fence for the settlement and runs down the hill, flooding multiple terraces beneath it. From the flattened grass on either side of the stream, it’s clear that the flow of the toxic water is sometimes higher, creating a wider stream. Obviously, it pollutes the soil for all of the surrounding trees, not just those in the stream’s immediate vicinity. 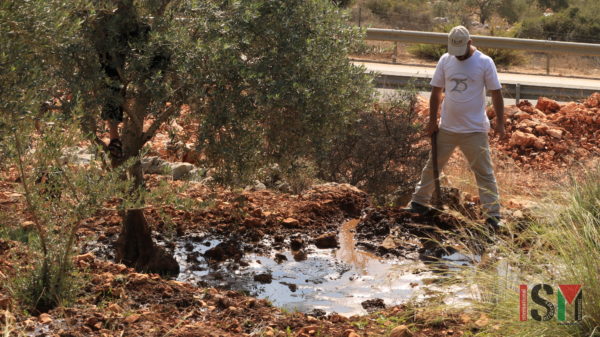 Abu Skandar and his son are digging canals to divert the water.

Since the illegal construction of the settlement houses, the road to Bruchin settlement has also been expanded. Abu Skandar told ISM activists how he went to sit in the path of the tractor when workers started uprooting his trees in order to make space for the new road. Soldiers escorted him away. “I will keep resisting, even if it means I die in the fields,” he said, pointing to one of the trees surrounded by sewage water. “I planted that with my parents in 1966. Even when Israel occupied the West Bank after the Six-Day War, we kept using our soil.” 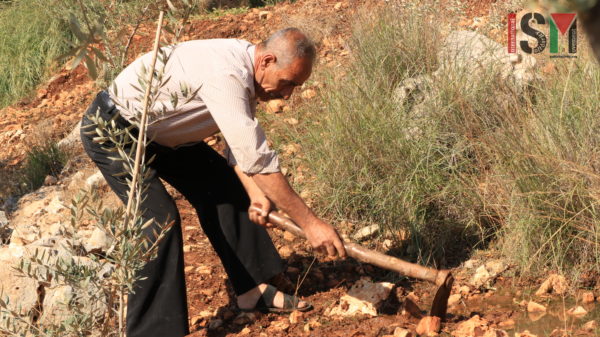 Abu Skandar and his son are digging canals to divert the water.

Some of the flooded trees are just a few months old. When Mekorot water company built a pipe for the settlement, destroying Abu Skandar’s trees, a French organization called POI donated money specifically for new olive trees to plant. “These trees will die now,” Skandar sighed.

Abu Skandar, his sons, and his nephews have all raised the case of the sewage water to the District Coordination Office (DCO). Skandar also tried to raise a case about the road. However, the manager for Mekorot’s project told Skandar, “This will continue no matter what you think or do.” Skandar said that, of course, he doesn’t have the necessary resources to win such a case against a large corporation. 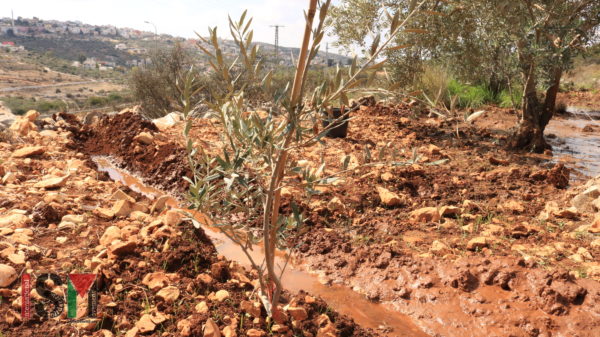 One of the young trees about to die.

When Israel began construction of the road in the beginning of January, the family and the DCO managed to delay construction for a month. As a result, Mekorot promised to clear the garbage and the big rocks left on the family’s land after the construction, but no action was ever taken. The road was built and the family had to move the rubble and the rocks themselves. 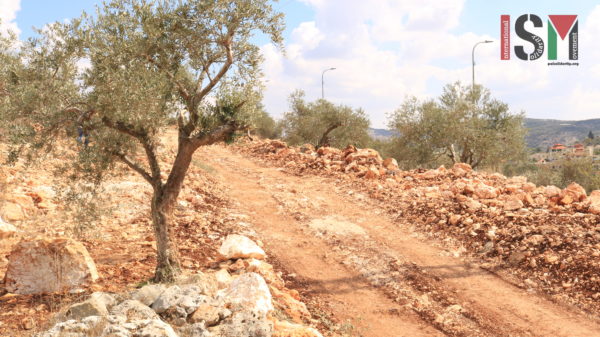 Trees are damaged where the new illegal settlement road is being built.

The Salfit industrial zone was illegally built in 2000, when a military camp was created where the illegal settlement Bruchin is located today. The industrial waste and pollution has since spread across much of the surrounding area. The pollution has attracted boars to the land, which has prevented the farmers from growing beans, grapes, or figs, leaving the olive trees as their only source of income. The village of Bruqin also has a disproportionately high rate of hospitalization in Palestine. Just a month ago, a 15 year old girl died of cancer. 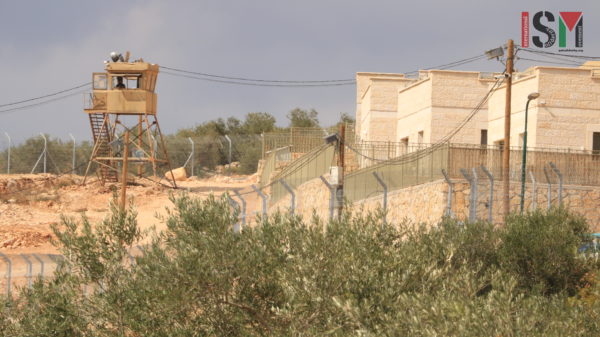 The new, eastern section of the illegal Bruchin settlement.

The Samara families ISM activists met in South Bruqin hope they will get their land back. They will keep resisting and continue to say that nothing will keep them from tending their land. Every week, Abu Skandar transports clean water 4 km to his trees. 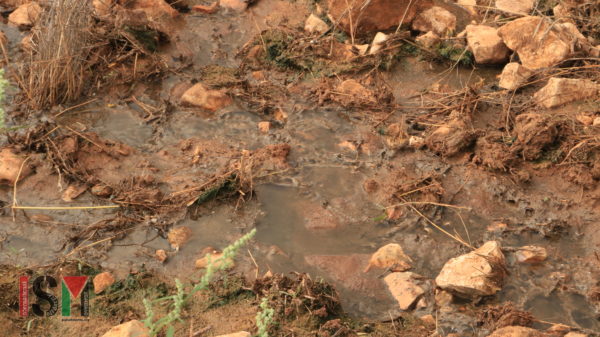